The 21-year-old Tokes vanished after leaving work at a Columbus, Ohio bar, and her body was later found in a nearby park. It appears to have been a random attack that, in some ways, may mirror an earlier attack that sent Golsby to prison. NBC4 reported that police are also investigating whether Golsby is connected to a series of violent robberies of women in German Village.

Police found evidence in Tokes’ car that led them to Golsby, 29, as a suspect in the murder of Tokes, who was shot in the head, according to NBC4. The suspect’s name was given by various media sources as Golsby and Brian Lee Goldsby, but it appears to be the former spelling.

Golsby is now charged with murdering and raping Tokes.

1. Golsby Was Released From Prison in November 2016 For a Rape Case

Brian Golsby’s mugshot from the 2010 case.

Police told NBC4 that Golsby “had just gotten out of prison in November 2016 after serving 6 years for rape and kidnapping in a Grove City case. He is a registered sex offender in Franklin County.”

A 2010 news story on that case from 10TV reported that Golsby was accused of “raping a woman in front of her young child.”

Grove City Police said then that Brian Golsby “pulled a knife on a woman in the parking lot of an apartment complex on Ashton Row West Road…and raped her in front of her 2-year-old son.” Then age 22, he forced her to “take money from an ATM and stole items from her apartment,” according to 10TV. The TV station said police believed Golsby had also robbed another person in the same apartment parking lot.

In a post on Facebook, Tokes’ uncle, Jamie Tokes, had revealed her body was found. “Thank you all for your prayers and support for my beautiful niece /god daughter Reagan Tokes that went missing at OSU last night.” Then he delivered the awful news: “This afternoon, her body was found. Words can’t express the pain we are feeling as a family.”

You hear about these things on the news but you never think it could happen. I love you with all my heart gee gee pic.twitter.com/GG9Rq9FLk5

The Tab quoted Makenzie as saying that security cameras at the bar where Reagan worked “show her get close to her car but they don’t know if she was able to get in it.” The sister told the news site that “the last message that was delivered to her phone was at 10:30 p.m. with no reply.”

According to NBC 4, Tokes usually asked a bartender to walk her to her car, but didn’t that night for unknown reasons. 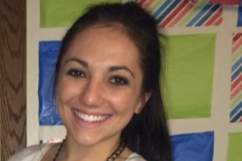 ABC 13 reported that Golsby has been arrested and charged with Aggravated Murder, Aggravated Kidnapping and Aggravated Robbery. Grove City Police made the arrest after police were led to Golsby as a suspect after finding Tokes’ car, reported NBC 4.

The criminal complaint alleges that Golsby admitted kidnapping Tokes as she walked to her car and forcing her to withdraw $60 from an ATM before killing her.

The Toledo Blade reported that police found “Tokes’ car near his Columbus residence” and matched “his DNA with evidence gathered in and around the car.”

On Facebook, Tokes expressed how much she loved Ohio State and how she considered it home. She wrote that she worked at Bodega (where she was last seen) and Fusian, and studied psychology.

Tokes lived in Columbus, Ohio, and was from Toledo, her Facebook page says. Her page is filled with photos of her on vacation, zip lining, and out on the town with friends.

3. Tokes’ Body Was Found in a Park & Police Believe the Attack Was Random

Police, in a news conference, indicated the attack was random, as they said there is no evidence that Golsby and Tokes knew each other.

Authorities revealed that they had found the body of a woman at Scioto Grove Metro Park in Grove City, reported ABC 6. That body was later confirmed as Tokes by the coroner.

WBNS reports that police believe Tokes might have been killed elsewhere and dumped in the park because they found no shell casings or attempt to hide the body.

4. Tokes Was Last Seen Leaving a Bar Where She Worked

According to the Lantern, Tokes was last seen at Bodega bar, where she worked, on Wednesday night, February 8.

EVERYONE please help my sister Reagan Tokes is missing from OSU. PLEASE CONTACT ME IF YOU KNOW ANYTHING @reagantokes PLEASE PRAY pic.twitter.com/txstbnFy0D

Her sister Makenzie Tokes said on Facebook that she was missing, the Lantern reported, and identified her car as a 1999 Acura, with Ohio State and Miami Dolphins stickers.

Social media has erupted with prayers for the family from distraught and concerned students.

A buckeye taken too soon. Praying for the family and friends of Reagan Tokes????

The news of Reagan Tokes is devastating. I'm hoping we get answers and the police find her killer soon.

Makenzie had also tweeted to Donald Trump, writing, “@realDonaldTrump security is a major issue if my sister was killed leaving her job last night. Please do all you can to keep us safe.”

5. Tokes Was a Fourth Year Psychology Student Getting Ready to Graduate

On Twitter, Tokes recently posted about how emotional she was about getting prepared to graduate from Ohio State, where she was a fourth year psychology student. Tragically, she won’t get that chance.

Her tweets reveal the life of a typical college student.

I've been laying in bed day dreaming about tacos for over a half hour now…this is my life.

A fundraising effort has been launched to help the family. The GoFundMe site reads, “We lost an amazing young lady this week. Reagan Delaney Tokes was taken from us in a selfish act. On February 9th, 2017 she was fatally shot and abandoned in a park. This feeling we have can’t be put to words. Of all the people in this world we find ourselves asking why her?”

“If you knew Reagan you would know her as one of the sweetest, big hearted individuals you have ever come a crossed. Her smile and personality would light up any room she was in. Reagan was born and raised in Maumee, Ohio. Graduating from Anthony Wayne High School with phenomenal grades and was an active member on both the General’s tennis and lacrosse teams. She attended The Ohio State University and was excepted to graduate this spring, with a degree in Psychology. Her life was cut short and will no longer be able to do so. She will no longer be able to go to the places she dreamed, accomplish her goals, and have the long life she deserved to have.”

In high school, Tokes was “a four-year varsity tennis player at Anthony Wayne and also played on the varsity lacrosse team,” reported the Toledo Blade, which reported that her career goals involved working for a Cleveland clinic. Tokes was a straight A student, the newspaper reported. 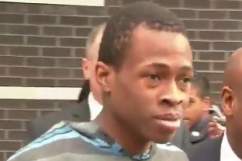