This huge boulder was just cleared from the southbound lanes of I-5 south of the Grapevine Rd. Exit. Please slow down and be safe. pic.twitter.com/7svtNZ45lo

The flooding was very serious; one man died when a flash flood consumed his vehicle, according to CBS Los Angeles. Another man caught up in that flood sat on the roof of his car until help arrived, the television station reported.

Not surprisingly, then, the weather mass has provoked some interesting and dramatic photos and videos. The rain was continuing February 18 and expected to dump some 10 trillion gallons of water on the state overall. Some of them were scary, and others were whimsical:

A runaway sanitation bin was carried off in a rush of water in Sherman Oaks. More storm video: https://t.co/6gWapX0Cwa #LARain #CAStorm pic.twitter.com/Ptyh2nZIgB

Here are some of the photos and videos from Storm Lucifer organized by category:

This is in Lake Of the Woods on Lakewood Dr. please be safe out there. pic.twitter.com/sNWaZJf8qj

We currently have mud and rocks blocking Frazier Mtn Park Rd west of I-5. pic.twitter.com/roI0W5SM8L

Clean up begins for some in #Duarte #California after #CaStorm #LARain caused #mudslide and #debris to #flood streets #KTLA #Photoglife pic.twitter.com/XOfZkQCB4J 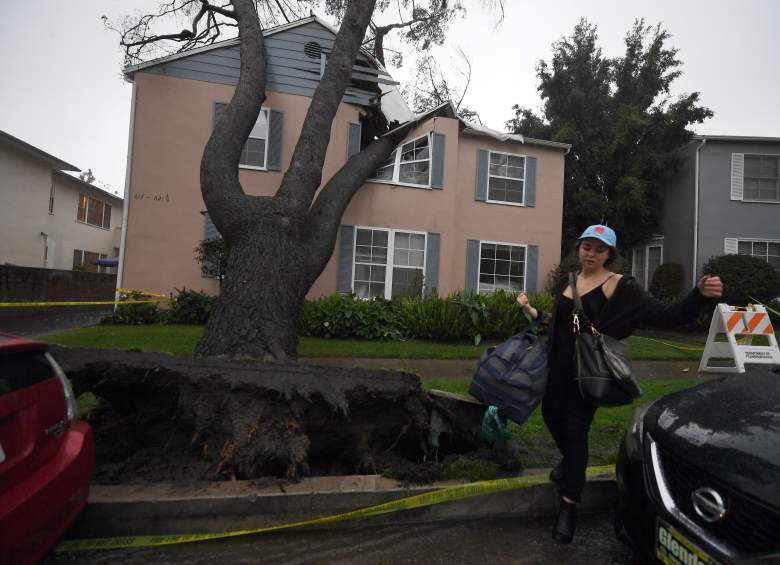 A resident evacuates from her apartment building after a 75 foot tall tree crashed onto it as the strongest storm in six years slams Los Angeles, California, on February 17, 2017. ()

NEW THIS MORNING: After being closed yesterday due to flooding @SBAirport is back open! Call your airline still to check on flight #CAstorm pic.twitter.com/N5yBz0ORaV 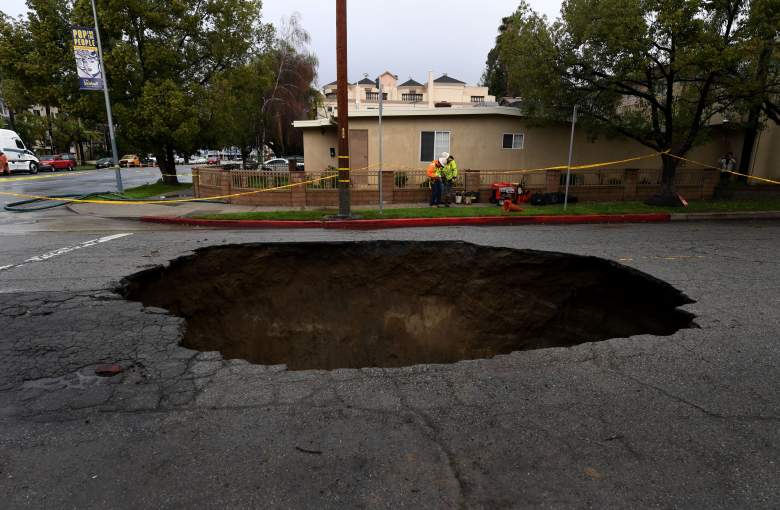 A large 20-foot-deep (6-meter) sinkhole that swallowed two vehicles in North Laurel Canyon Blvd, in Los Angeles, is cordoned-off on February 18, 2017, after a powerful storm hit southern California.The storm blew in from the Pacific Ocean, hitting California on February 17 with high winds, heavy rain that downed power lines, leaving 60,000 people in the Los Angeles area without power, and prompting hundreds of flight delays and cancellations at airports. Four people have been reported killed due to the storm. (Getty)

The drama of cars tumbling into a sinkhole in Los Angeles was captured on live TV. https://t.co/6seia332fc pic.twitter.com/jDVOh7RqTt

#SINKHOLE: In San Bernardino a fire truck fell over the side of the 15 freeway in the Cajon Pass when roadway gave out. No one was hurt. pic.twitter.com/Ri9tci5JVj 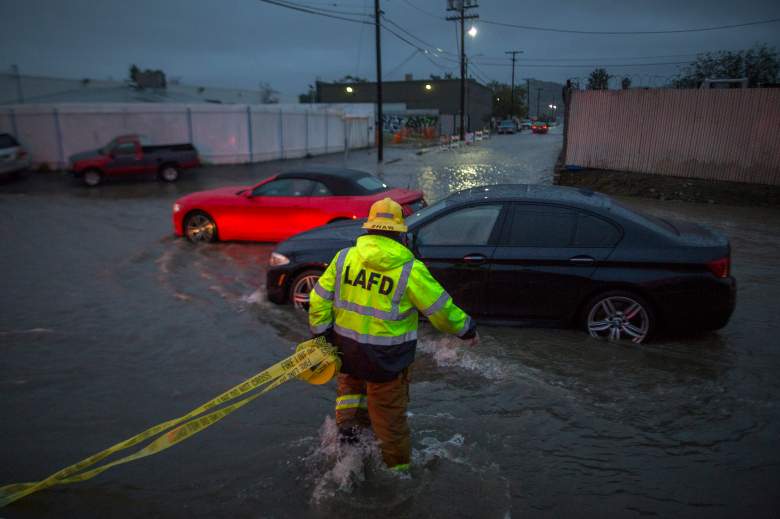 A firefighter carries caution tape in a flooded street as a powerful storm moves across Southern California on February 17, 2017 in Sun Valley, California. After years of severe drought, heavy winter rains have come to the state, and with them, the issuance of flash flood watches in Santa Barbara, Ventura and Los Angeles counties, and the evacuation of hundreds of residents from Duarte, California for fear of flash flooding from area denuded by a wildfire last year. (Getty)

Thank you Guadalupe Fire Department for getting the person out of this car unharmed! Please do NOT drive through flooded areas! #CAstorm pic.twitter.com/PuiujOd2NZ