She nursed her mother through chemotherapy, her father is a sheriff’s deputy, so what else didn’t you know about Danielle Bregoli? You might know her better as the 13-year-old star of Dr. Phil. Following her September 2016 appearance on the show, Bregoli became a meme known as Cash Me Outside. What else has happened is a brawl on a plane, a clothing line and an appearance in a rap video. That’s not even to mention the rumors that Bregoli had committed suicide. On February 10, Bregoli returned to Dr. Phil.

Bregoli originally agreed to be interviewed for this piece. She later changed her mind telling Heavy.com, “Pass. Thx.”

1. A 2009 Article on Her Mother’s Breast Cancer Battle Referred to Bregoli as a ‘Mature Little Girl’

In 2009, Bregoli and her mother, Barbara Ann Peskowitz, were featured in a Palm Beach Post article about Mother’s Day.

The article reveals that the pair lives in Boynton Beach, Florida, about 15 miles south of West Palm Beach. It also refers to Bregoli as a “mature little girl.” It adds that while her mother was vomiting due to chemotherapy, it was Bregoli who held her mother’s hair and rubbed her back. Peskowitz says that during her 36-week long treatment, her daughter made friends with the nurses. When Peskowitz was diagnosed Bregoli was seven.

Her mother talks about being let got from her job and struggling to get on Social Security disability insurance. The piece concludes with Peskowitz saying, “Sometimes you think you are alone, but there are a bunch of moms like me out there who should be recognized. It’s hard being on your own. A dad is a dad, but a mom is the one who gives birth to the child. She nurtures that child. You’re a mom for life. That never changes.”

Read more about Danielle Bregoli in Spanish at AhoraMismo.com: 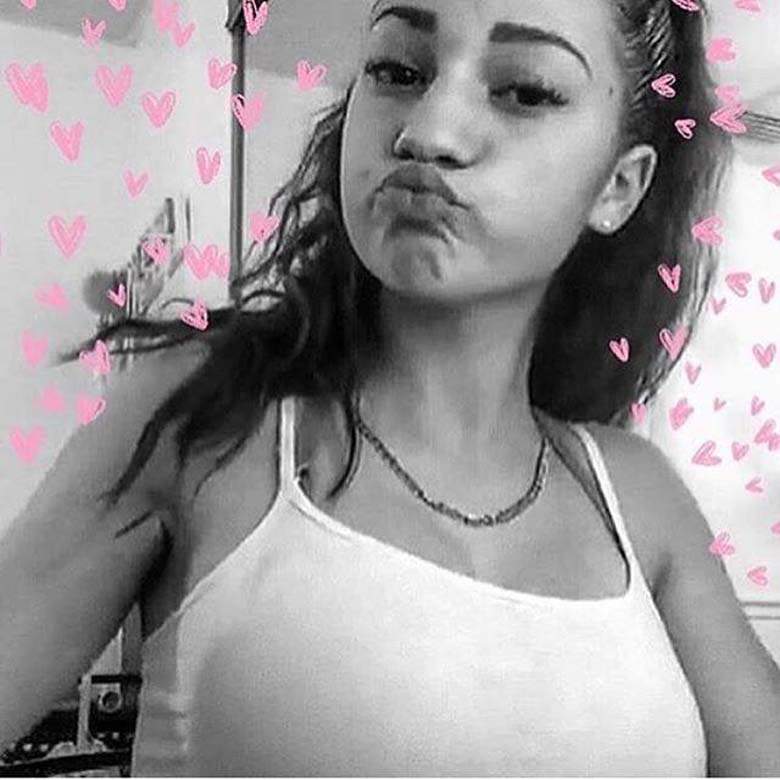 During an interview with the Palm Beach Post, Bregoli’s father, Ira Peskowitz, said he was “appalled” by his daughter’s fame. He says, “That behavior is appalling. And it’s appalling that anyone can think it is acceptable behavior. And Dr. Phil? Shame on him.”

That piece details the protracted legal battle between Bregoli’s mother and Ira Peskowitz, a sheriff’s deputy in Palm Beach County. He states categorically to the Post, “I did not abandon my daughter.” The Post’s article details that Bregoli’s parents never married but were together for 16 years.

An online profile for Ira Peskowitz says that he has worked as a deputy for 18 years. It reads, “He describes his expertise as recruiting kids from inner cities while working in law enforcement and correctional facility tennis programs. Ira became a teaching pro to add credibility to his tennis program.” The bio adds, “He is the founder and executive director of the Kids and Police Tennis Association (KAPTA) which started June 2010.” It concludes with saying that Peskowitz is married and the father of two boys with not mention of Bregoli.

In January 2011, the Palm Beach Post carried a photo of Peskowitz alongside tennis legend Venus Williams.

TMZ reported the day after Bregoli’s February 10 appearance that between February 2016 and February 2017, police in Florida were called to their home 51 times. The calls mostly involved domestic violence, reports of a juvenile runaway and accusations of making threats.

3. The Hip-Hop Song Featuring Bregoli Has the Lyric, ‘Growing Up With No Father, It’ll Make You Evil’

As if to hype her appearance on Dr. Phil even more, a clip dropped showing Bregoli rapping in Kodak Black’s new video. The song is titled “Everything 1K.” It includes the lyric, “Growing up with no father, it’ll make you evil.” Bregoli mouths the lyric in the video.

TMZ later reported that Kodak Black was mad at Bregoli’s reps. The rapper says that Bregoli’s people reached out to him to ask persmission to use his son in a clip. He’s angry because Bregoli began promoting the video and the legit video for the song, something that’s in the pipeline, according to Black.

The song also promotes Kodak Black, who begins a tour on February 10, according to XXL Magazine.

Bregoli is capitalizing on her fame by launching her own clothing line. Those hoodies go for a cool $65. While there are t-shirts that take varying takes on her fame from $35. That’s not even to mention that tote bags and puzzles with Bregoli’s face adorned.

Bregoli has been more active on social media since rumors spread about her suicide. At the time of writing, Bregoli has three million followers on Instagram.

5. Bregoli Is Banned From Spirit Airlines Following a Brawl She Was Involved With Her Mother

'Cash Me Ousside' Girl Danielle Bregoli Punches Airline Passenger, Cops Called | TMZThe "Cash Me Ousside" girl caught someone inside an airplane this evening with a shot to the face … and police ended up yanking her, her mother and another passenger off their plane … TMZ has learned. SUBSCRIBE: http://po.st/TMZSubscribe About TMZ: TMZ has consistently been credited for breaking the biggest stories dominating the entertainment news…2017-02-07T14:27:35.000Z

Sadly, Bregoli’s appearance won’t mention the teen’s altercation on board a Spirit Airlines flight out of LAX on February 6. TMZ reported at the time that Bregoli’s mother was struggling to put a bag into overhead storage. Another passenger grew impatient with the hold-up and caused Bregoli to lose her temper. The result was a minor brawl and Bregoli being called a “w***er” the other passenger. Nobody was arrested by the responding officers.

All three who were involved in the melee have been banned for life by Spirit Airlines.

Later, an interview with Bregoli about the incident appeared on Dr. Phil’s YouTube channel:

Troubled Teen And Mom Become Embroiled in Airport Altercation After Dr. Phil AppearanceFollowing the taping of their second appearance on Dr. Phil, Barbara Ann and Danielle became involved in an altercation while boarding their plane home. Danielle says the other passenger provoked the incident. http://drphil.com Subscribe to Dr. Phil: http://bitly.com/SubscribeDrPhil LIKE us on Facebook: http://bitly.com/DrPhilFacebook Follow us on Twitter: http://bitly.com/DrPhilTwitter Dr. Phil uses the power of television to tell compelling…2017-02-10T22:44:24.000Z

Read More
5 Fast Facts, Breaking News, Celebrities, Weird News
She nursed her mother through chemotherapy, her father is a sheriff's deputy, so what else didn't you know about Danielle Bregoli?