The time is almost upon us, the sequel to Cash Me Outside. On February 10, Danielle Bregoli will appear on Dr. Phil for the second time. The teenager, who became a meme following her September 2016 appearance on the show, will once again be on the show with her mother, Barbara Ann Peskowitz.

The show airs at either 3 p.m. or 4 p.m. in most markets on your local CBS affiliate. You can check the specific local listing here.

Sadly, Bregoli’s appearance won’t mention the teen’s altercation on board a Spirit Airlines flight out of LAX on February 6. TMZ reported at the time that Bregoli’s mother was struggling to put a bag into overhead storage. Another passenger grew impatient with the hold-up and caused Bregoli to lose her temper. The result was a minor brawl and Bregoli being called a “w***er” the other passenger. Nobody was arrested by the responding officers. 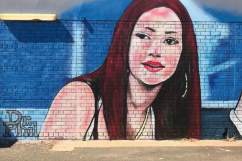 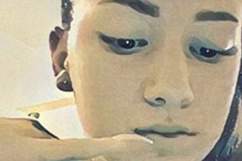 WATCH: Cash Me Outside aka Danielle Bregoli on ‘Dr. Phil’

Bregoli, a natural star, gave her take to TMZ:

The result was that all three who were involved in the melee have been banned for life by Spirit Airlines.

On February 10, we’ll see what has transpired between Bregoli and her mother since their last appearance. Back then, Peskowitz told the show:

Danielle has run away a good 10 times, three times in the same day. I took the door off her room because she was sneaking out her bedroom window and getting in the car.

I’m definitely at the end of my rope. I just don’t know what to do with her anymore.

Seeing as Bregoli was willing to defend her mother’s honor during the Spirit Airlines flight, maybe things have improved for the pair.

Loading more stories
wpDiscuz
1
0
Would love your thoughts, please comment.x
()
x
| Reply
The time is almost upon us, the sequel to Cash Me Outside.