Chanel Lewis, identified as the suspect in the rape and murder of slain Queens jogger Karina Vetrano, has given “detailed incriminating statements and admissions” about the crime, police say.

However, the trial of Chanel Lewis ended in a mistrial on November 20, 2018 after the defense attacked the credibility of the DNA evidence and his confessions. Prosecutors have indicated they will try him again.

20-year-old Chanel Lewis, charged in murder of Karina Vetrano, is led out of the police precinct: https://t.co/UHkiA0FNEi pic.twitter.com/ajbBh2WYA0

News broke that the suspect was in custody on February 4, and, CBS Local reported, through sources, that police believe they have “solid evidence” against him, including a DNA match. Police also say he confessed to every step of the homicide.

Lewis emerged as a viable suspect on Thursday in the death of the vivacious jogger and internet blogger, whose August slaying in a grassy park area terrified and galvanized New York City. Police quickly built a case.

#Queens DA says they "have a solid case" against #ChanelLewis, unemployed Brooklyn man arrested for the murder of #KarinaVetrano

The news that a suspect was found in the six-month-old case may bring some measure of closure – or at least justice – to Karina’s anguished parents, Phil and Cathy, who have repeatedly given emotional statements to the news media and even offered a reward in their efforts to solve their daughter’s murder. Another jogger from New York, Vanessa Marcotte, was murdered in Massachusetts around the same time, but her slaying has not been solved.

1. The Suspect Lived in a Housing Project With His Mother Near the Park Where Karina Was Attacked, Reports Say

The New York Post reported that the suspect “is in his 20s and lives in a housing project in East New York, Brooklyn, a neighborhood just west of Howard Beach,” where Vetrano was strangled to death. He was diagnosed with paranoid schizophrenia in the past, the newspaper reported.

Lewis sometimes lived with his mother, Veta Lewis, and was unemployed, according to The New York Daily News.
Lewis allegedly confessed that he grew angry because his neighbors were playing loud music and went to the park, where he spotted Karina jogging and took his anger out on her. “He punched her in the face, knocking her down and then punched her five more times, he told investigators. Once she was unconscious, Lewis told investigators, he dragged her off the path into the weeds,” reported DNAInfo.

Even though police reportedly have videotaped confessions, Lewis’ sister accused them of framing her brother because he is black, according to The New York Post.

Surveillance video had captured Karina’s last moments after she went for a jog. Her beaten body was later found by her father in the grassy area where she would often run.

Lewis’ father, Richard Lewis, 70, a retired elementary school teacher, expressed surprise at the charges and described his son as “humble,” reported The New York Daily News, which said Chanel Lewis did well in school and once wanted to work in social services.

According to NBC New York, “Several awards, including three for academic achievements and two for honor roll, decorate a section of a wall of Lewis’ childhood home. In the center of the awards is Lewis’ middle school diploma.” The television station quoted Lewis’ father as saying his son was hospitalized in October after being attacked by robbers.

Vetrano was a young woman with a vibrant personality who loved butterflies and traveling and wrote intimate details about her life and thoughts on a blog.

The young woman was murdered on August 2 as she jogged alone in Spring Creek Park in Queens, New York, in a remote area that locals call the “Weeds.”

The 30-year-old jogger was strangled and possibly sexually assaulted, horrifying the community.

CNN said Vetrano was “known for her selfies” and had thousands of Instagram followers. On Instagram, she posted photos of herself out on the town, in France, and posing in bikinis and running clothes. The site is now privatized; she called herself a “thrill seeker” and “day dreamer” on it.

She called her blog “a collection of conversations, contradictions, & poetic conflicts.” The blog is a very intimate look into the feelings and thoughts of the 30-year-old jogger; in addition to musings on love, sex, and relationships, she imagined her own funeral and wrote about her horror over the Charles Manson murders.

2. Authorities Used DNA to Find Vetrano’s Killer, Who Has No Criminal Record For Violent Offenses

The suspect has no prior criminal record for violent crime so, although police have had DNA from Vetrano’s killer since the crime occurred, they did not match him to to it through database searches.

Some reports now say there were troubling incidents with him in the past, though. According to the New York Post, he “once admitted to a teacher’s aide in high school that he wanted to knife his female classmates.” He was taken into police custody as an emotionally disturbed person, the Post reported.

Once his name emerged as someone to look at, police asked Lewis to voluntarily provide his DNA, which he did, according to The New York Post. Police say it was a match to DNA found on Vetrano’s battered body.

“Karina helped us to identify this suspect, thanks the DNA we recovered from under her nails,” police said. Previously, police had said that Vetrano put up a ferocious fight against her killer.

Pix11 reported that “pieces of DNA linking Lewis was found underneath Vetrano’s fingernails and on her neck and cellphone.”

According to the New York Daily News, the man “was linked to the victim through DNA recovered from her body.” The Post reported that police recovered the killer’s DNA from Vetrano’s “fingernails, her back and cell phone.”

Just a few days ago, Vetrano’s parents, Phil and Cathy, held a press conference to request that the State of New York allow “familial DNA” testing, which is a technique that allows law enforcement to trace a person’s DNA through family connections.

However, it appears that traditional shoe leather police work led to the identification of the man, not an evolving process like familial testing.

“My baby girl Karina went into these weeds right here and never came out,” an emotional Phil Vetrano said at that time. 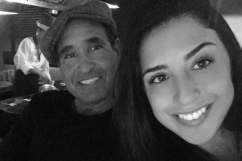 3. The Suspect Emerged on Police Radar For Acting Suspiciously Near the Park

How was the suspect zeroed in on, so that police could take his DNA in the first place? An alert cop and citizen helped break the case wide open, according to the New York media.

Some time before the suspect was taken into custody, an off duty police officer saw the suspect “acting suspicious somewhere in Howard Beach, and called the local precinct,” the New York Post reported.

Family & love ones of #KarinaVetrano set up a memorial where her father found the body. Suspect #ChanelLewis faced the judge last night #RIP pic.twitter.com/KNrPPMIk55

“The suspect was stopped at that time, but police found no valid reason to hold him and he was released without charges,” according to the Post. It was not clear exactly when that encounter occurred. ABC7 said the suspect was previously interviewed in a canvass of the area but there was no reason to pinpoint him as the killer at that time.

On February 5, Chief of Detectives Robert Boyce said in a news conference that police focused on Lewis “after reviewing a 911 call made from the area by someone who said the unemployed man was acting suspiciously.” (The New York Daily News previously reported that police had also combed through “stop and frisk” records from the area.)

#NYPD says review of a 911 call in May placed #ChanelLewis in #HowardBeach area, then DNA linked him to murder of jogger #KarinaVetrano.

However, that helped put him on the radar of the NYPD. Police then discovered that Lewis “had been hit with three summonses – dating back to 2013–nearby the Howard Beach crime scene,” the Daily News reported. Police worked on a profile of Lewis in the past 10 days, reported ABC7.

4. Police Believe the Attack Was Random & Lewis Did Not Know Vetrano

New York police say they don’t think that the suspect was stalking or knew the jogger. Because Vetrano had written very publicly on a blog and frequently posted beauty shots of herself on social media, there had been speculation previously in the case that the suspect might have known her.

“Police said they do not believe he was stalking or knew Vetrano. They said the killing was likely a chance encounter,” reported ABC7.

On August 31, police had released a sketch of a man they want to talk to because he was seen by a utility worker coming out of the park near the time Vetrano died.

It’s not clear whether that sketch is related to the suspect now in custody. 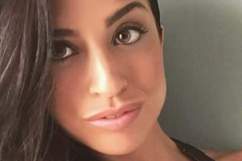 5. Karina’s Parents Gave Angry & Emotional Press Statements & Offered the Killer the Reward Money if He Confessed to Give to His Family

Karina’s father, Phil, a retired firefighter, found her body after becoming concerned that she had not returned from a jog. He often accompanied her on runs, but did not that day.

Karina’s mother referred to Lewis as a “demon” in a press conference after his arrest.

Phil and Cathy Vetrano became staples in the media, angrily and emotionally seeking answers. They created a GoFundMe site to offer a reward for the killer’s arrest, and it’s raised almost $290,000. In one surprise move, the parents had even offered the killer the reward money to give to whomever he chose if he gave himself up. However, the killer was identified by police before allegedly confessing versus coming forward on his own.

Cathy spoke directly to her daughter’s killer in one heart-wrenching press conference:

“She loved butterflies, she loved rainbows, she loved nature,” her father, Philip Vetrano, said at a press conference. Friends recalled her as gentle and sweet.

Karina worked as a caterer at Vetro Restaurant and Wine Bar, said The New York Daily News, adding that Vetrano’s passions were writing and jogging, even though she’d been told as a child she might not run again because of surgeries to her legs.

On February 4, Phil told ABC7, “We know they have the person of interest in custody. That’s all I can confirm right now.” 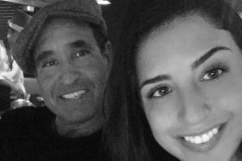 Read More
5 Fast Facts, Breaking News, Crime, New York
Follow Heavy ↓
Chanel Lewis has been named as the suspect in the murder of Queens jogger Karina Vetrano by the New York Police Department. DNA was found at the crime scene.