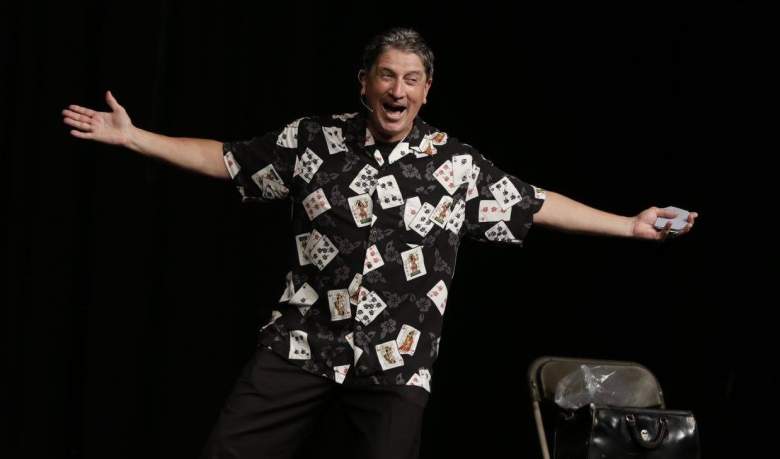 The body of famous magician and lecturer “Daryl” was reportedly found at The Magic Castle in Hollywood on February 24.

The Los Angeles Police Department confirmed that the unexpected death was a result of suicide. He was 61-years old. The Magic Castle released a statement saying that the magic community is mourning the loss of Daryl, whose real name is Daryl Easton. He would often use the title “The Magician’s Magician” when he performed.

Here’s what you need to know about Daryl and his death:

1. Daryl’s Body Was Reportedly Found In a Closet

JUST IN: @LAPD is conducting a death investigation at the @MagicCastle_AMA in Hollywood. They were called there at 7:24 tonight. pic.twitter.com/o9THGxB6m6

TMZ reported that Daryl’s body was found in a closet at The Magic Castle by an employee. He was reportedly found in only his underwear and he had a bag over his head.

The report says that paramedics were called to The Magic Castle, an exclusive magic and illusion performance center and night club in Hollywood, at about 7:30 p.m. February 24. Daryl was pronounced dead at the scene.

Details of the incident are still emerging and this post will be updated when they become available.

2. He Was a Frequent Visitor of The Magic Castle

Daryl was a member and frequent visitor at the exclusive Hollywood club and restaurant and was performing shows all week before his body was found unresponsive Friday evening. NBC Los Angeles reported that he was supposed to perform a show right around the time his body was discovered.

The legendary magician wasn’t only known for his array of magic tricks and illusions, he was also an educator. He spent most of his career lecturing those looking to gain knowledge and learn to be a magician. There are hundreds of videos of Daryl on YouTube showing viewers how to perform various magic tricks.

For his ability as an educator, Daryl received the AMA’s “Lecturer of the Year” honor in 1988 and then again in 1992. No magician has won more awards from The Magic Castle than Daryl.

3. Messages of Sympathy Poured In From Friends & Former Students

DARYL. Had a blast at the Magic Castle with friend and magicians magician Daryl.

Social media users and magicians from around the world responded to the death of Daryl with messages of sympathy, some telling stories and sending messages about how he mentored them or touched their life personally because of the character he emitted.

RIP Daryl the magicians magician! One of my idols!

In his 54 years performing magic, Daryl invented a lot of tricks, illusions and effects. Some of his creations include the “Jumping Knot of Pakistan,” “Presto Printo” and “Cardboard Chameleons.”

In addition to his numerous works, Daryl was also an author. He wrote “Secrets of a Puerto Rican Gambler” in 1980 and then “Something For Everyone” in 1982.

Both writing pieces are guides for young magicians to hone their talent.

Daryl was born in San Jose, California in 1955 and was exposed to the world of magic when he was 7-years old. He fell in love with the career when he was the recipient of a Svengali Deck, a trick deck of cards.

Daryl first showed his tricks to friends and family, but quickly found himself performing tricks for people on the streets of San Diego.

When he was 18, he got a stellar reception from those in attendance at an “exhibition” and started touring with the company at other events around the country.

Soon enough, Daryl gained massive exposure for his unique style and ability to teach others magic tricks. He had a world lecture tour in 1999-2000 called “New Millennium World Tour Lecture.”

According to a description of a movie of the tour that’s for sale on his website, the tour and magic lecture spanned over 245 cities and 25 countries. 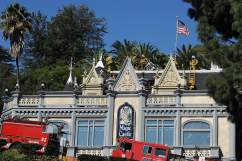 Read More
5 Fast Facts, Breaking News
wpDiscuz
1
0
Would love your thoughts, please comment.x
()
x
| Reply
Magician Daryl Easton's body was reportedly found in a closet at The Magic Castle in Hollywood on February 24. The death is believed to be a suicide.