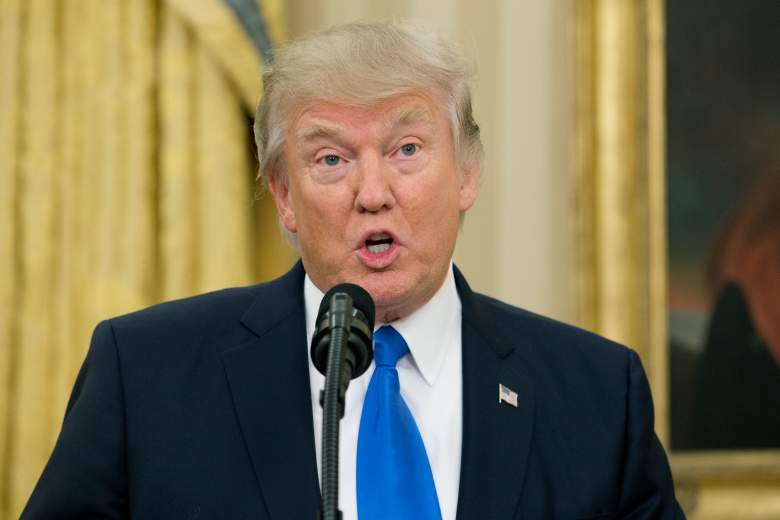 President Donald Trump speaks before Rex Tillerson is sworn in as secretary of state in the Oval Office of the White House on February 1st, 2017. (Getty)

Over half of Americans disapprove of President Donald Trump’s job performance, and most believe that his recent travel ban was intended to keep Muslims out of the country, according to new polling data released on Friday.

In a new CNN poll, 53 percent of voters said they disapprove of the way Trump is handling his job as president. This is up one point from last month, and it’s up eight points from late November. Fifty-three percent is the highest disapproval rating of any newly-elected president since Gallup started measuring presidential approval ratings in 1945.

Still, in today’s CNN poll, 44 percent of respondents said they approve of the job Trump is doing, which is actually up four points from last month. That’s because in the January poll, eight percent of respondents weren’t yet sure how they felt about Trump’s presidency, but in this one, only three percent aren’t sure.

In terms of President Trump’s recent executive order temporarily suspending immigration from seven Muslim-majority countries and shutting down the United States’ refugee admissions program for 120 days, 53 percent of those polled said they oppose this compared to 47 percent who are in favor of it. When asked if the executive order makes America safer, 41 percent said it does, but 46 percent said it actually makes the U.S. less safe.

When asked if the executive order is an attempt to ban Muslims from entering the U.S., 55 percent of respondents said it is.

In another question, voters were given the option of saying that the executive order “Protects American values by keeping out people who don’t support them,” or “Harms American values by preventing those seeking asylum from entering the U.S.” The latter was the more popular answer, with 49 percent of respondents selecting it, but 43 percent chose the former.

Another poll released today comes from CBS, and that one doesn’t look much better for President Trump. In this poll, Trump’s disapproval rating is 48 percent and his approval rating is 40 percent. In terms of the travel ban, 51 percent of respondents said they disapprove of it, while 45 percent approve.

When asked if temporarily banning refugees from entering the U.S. is in keeping with the founding principles of America, 57 percent said it’s not, while 35 percent said it is.

And when voters were asked if they would be in favor of banning all Muslims from entering the United States, 92 percent of Democrats said no, 75 percent of independents said no, and 55 percent of Republicans said no.

On a different note, when asked if the Senate should confirm Neil Gorsuch as the next Supreme Court justice, 27 percent of voters said it should, 14 percent said it shouldn’t, and 56 percent couldn’t yet say one way or the other.