A 13-year-old girl with cerebral palsy will be able to sue her former public school district for not allowing her to bring a service dog to school without having to drudge through a lengthy administrative process, thanks to a Wednesday ruling by the U.S. Supreme Court.

Ehlena Fry’s case centered on whether school officials in Napoleon, Michigan, violated the Americans with Disabilities At of 1990 and the Rehabilitation Act of 1973, when they refused to allow Ehlena to bring Wonder as an aid to school.

The court’s ruling means the Fry family will not have to “exhaust the administrative remedies, which are very time-consuming, emotionally draining, and can be expensive,” Michael J. Steinberg, the legal director of the American Civil Liberties Union of Michigan, said. Advocacy groups view the ruling as a win that could make it easier, and less time-consuming, to protect disabled persons under the Americans with Disabilities Act.

Read on to learn more about 13-year-old Ehlena Fry.

1. She Was Born in India and Was Adopted Just Before Her First Birthday 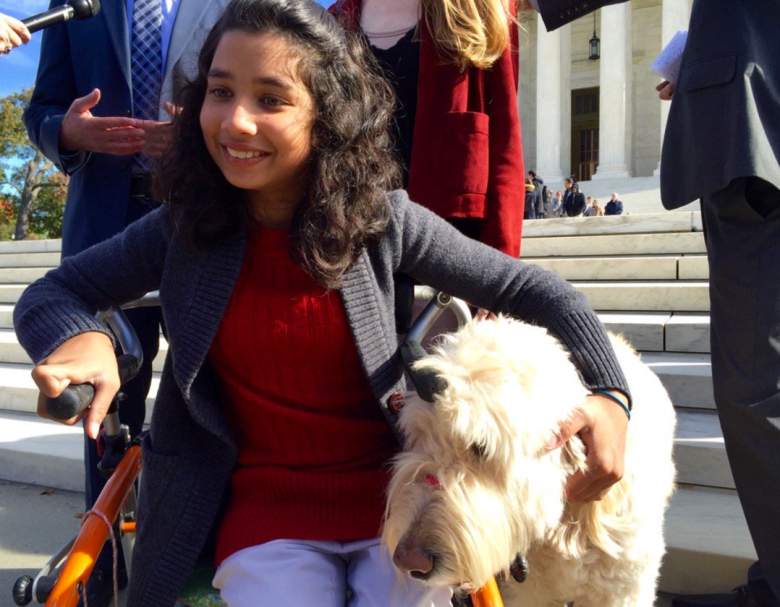 Ehlana was born in India and was adopted by Stacy and Brent Fry just before her 1st birthday, according to Education Week. In a video featuring the Fry family, Stacy explains that Ehlena was born with a brain malformation that causes cerebral palsy.

“She has to try twice as hard to do what we take for granted every single day.” Stacy continues, “We sought to get a service dog for her so she could reach a level of– as much independence– as possible.”

The Detroit Free Press reports that the Frys first requested the aid of a service dog in 2009, when Ehlena was in kindergarten and was struggling with her mobility. The family turned to local community to raise some of the $13,000 required for the training Ehlena would need to work with Wonder. Education Week reports that Wonder was donated to the Frys by an organization called 4 Paws for Ability.

2. Her Family Argued the Dog Was Needed for Ehlena’s Physical and Emotional Independence

In court, Ehlena’s family argued that Wonder was needed for Ehlena’s physical and emotional independence– not her education.

Wonder was responsible for helping her perform a variety of tasks, including providing stabilization for the young girl when she transferred from her walker to a seat, picking items up, and opening and closing doors.

Officials at Ezra Eby Elementary School, however, did not believe the dog was necessary. The Supreme Court’s ruling reads, “The officials reasoned that the human aide provided as part of E.F.’s individualized education program rendered the dog superfluous.” 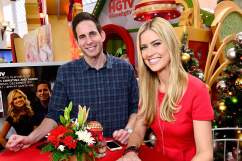 3. Wonder the Goldendoodle Is Now Retired

Wonder is no longer required. The Goldendoodle is now retired, after spending seven years with Ehlena.  Stacy is reported by Education Week as saying, “Wonder gave [Ehlena] the mobility support that she needed to learn how to move throughout her environment… She was able to pull to stand using him. She was able to transfer from her walker to her chair utilizing him as the bridge. Eventually, that working relationship developed into [Ehlena] being able to figure out how to do it on her own.”

4. Ehlena Transferred to a Different Public School That Welcomed Wonder

The Napoleon school district, about 75 miles southwest of Detroit, initially allowed a 30-day trial run with Wonder, but eventually placed so many restrictions on bringing him to school that Ehlena’s parents decided on home-schooling. According to RT, the district said that the Goldendoodle could be a hindrance to students and teachers allergic to dogs (though Wonder is hypoallergenic) and that one student in Ehlena’s class had recently been attacked by another dog and was scared.

Unanimous Supreme Court victory on behalf of Ehlena and Wonder the service dog!

In court, representatives cited two federal disability laws to support their case. The first, cited by the school district, is the Disabilities Education Act, which allows a teacher’s aid to assist disabled individuals. According to the Detroit Free Press, the law “requires families that contest school decisions to first go through administrative proceedings.”

The second law, the Americans with Disabilities Act, was cited by the Fry family, who argued that Ehlena’s rights were violated by the school when they prevented her from bringing Wonder as an aid over a two-and-a-half year period. 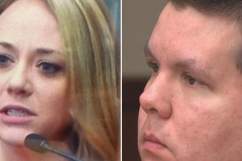 Loading more stories
wpDiscuz
1
0
Would love your thoughts, please comment.x
()
x
| Reply
A girl with cerebral palsy will be able to sue her former public school district for not allowing her to bring a service dog to school, thanks to a Wednesday Supreme Court ruling.