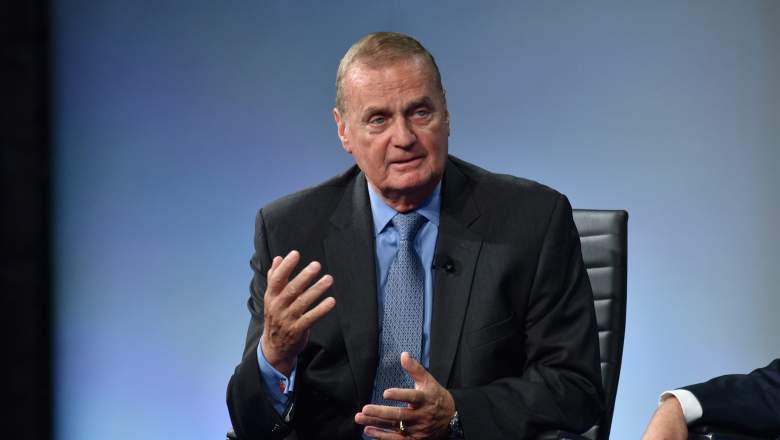 After Retired Vice Admiral Robert Harward declined President Donald Trump‘s offer to become his next National Security Adviser following Michel Flynn‘s resignation, Trump announced on Twitter that there are four contenders for the position. One of them was reportedly Retired Marine Corps General James Logan ‘Jim’ Jones, Jr., who was President Barack Obama’s first NSA. Jones said on February 18 that he was never offered the position.

Trump only mentioned Retired Army General Keith Kellogg in a tweet on February 17. However, NBC News reports that the other three are Jones, Keith Alexander and David Petraeus.

Jones later told Reuters that he was never considered for the position.

“My policy is that I never turn down a job that hasn’t been offered,” Jones told Reuters at the Munich Security Conference.

The 73-year-old Jones served in the Marine Corps for almost 40 years, retiring in 2007. During the Bill Clinton and George W. Bush administrations, he was the Commandant of the Marine Corps from 1999 to 2003. After that, he became the Supreme Allied Commander for Europe until 2006. In 2009, Obama chose him as his first National Security Adviser, and he stayed in that role until October 2010. According to a New York Times profile, he is married to Diane Jones and they have four children and seven grandchildren.

Here’s a look at Jones.

1. Jones Left the Obama Administration Because He Never Really Felt Like a Part of the Obama Team 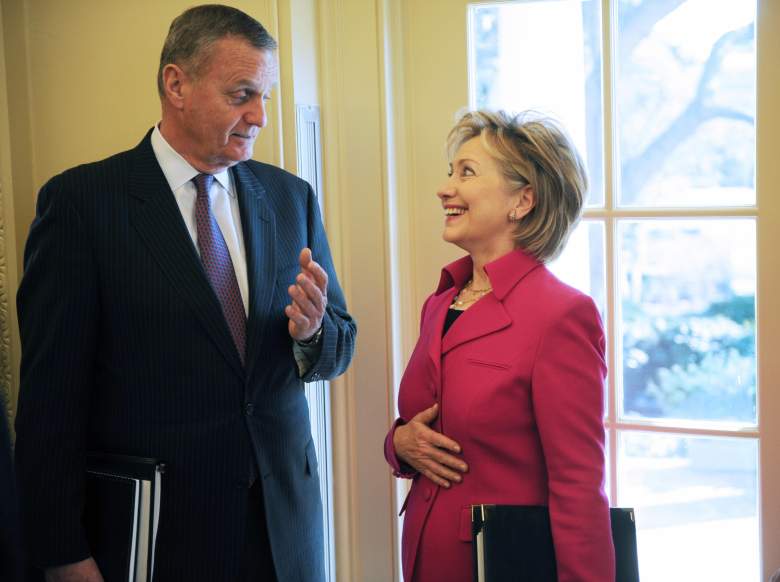 When Jones was picked to be Obama’s first NSA, the news came as a surprise, since he wasn’t linked to the Obama team at all. When he stepped down in October 2010, there were reports that he just didn’t fit in with the rest of the Obama Administration. The Obama team said that Jones decided to leave just ahead of his two-year mark because White House Chief of Staff Rahm Emanuel was also leaving and there were other changes coming at the time.

“We’re making a lot of changes now with Rahm leaving, and there was a sense of just, ‘Let’s get this done now,'” a White House aide told the Daily Beast at the time.

However, in Edward Klein’s book The Amateur, Jones called his tenure in the Obama Administration “19 months of torture,” notes CSNNews.com. Klein wrote that Jones was never allowed to be with Obama alone because he was considered an “outsider” and he frequently complained to his friends about it.

In Bob Woodward’s 2010 book Obama’s Wars, Jones is also quoted as complaining about Obama’s political team “as major obstacles to developing and deciding on a coherent policy.”

“There are too many senior aides around the president,” Woordward quotes Jones as saying, notes CSNNews.com. “‘They’re likely water bugs. They flit around. Rahm gets an idea at 10 a.m., a briefing by 4 p.m., and I will say ‘no’ because the work can’t be done in a day. The water bugs did not understand war or foreign relations, Jones felt.”

Jones was replaced by Tom Donlion, who served as NSA until Susan Rice took over in June 2013. 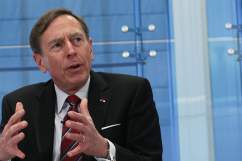 2. Jones Chaired an Independent Congressional Investigation of the Iraqi Armed Forces in 2007 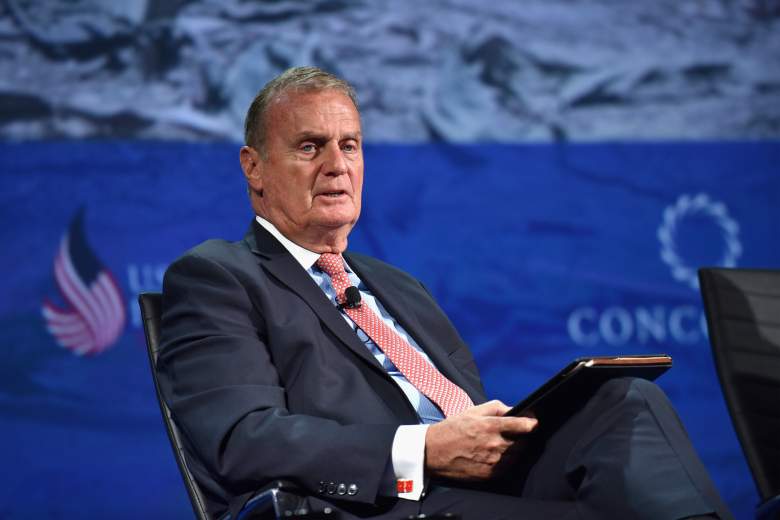 Although Jones has never held elective office and never worked within a White House administration until he worked for Obama, Jones does have plenty of experience with dealing with Congress. In 2007, he was the chairman of the Independent Commission on the Security Forces of Iraq. The independent commission was appointed by Congress to deliver a report on the status of the Iraqi Security Forces (ISF) and their readiness.

In the final, 150-page report, the panel found that progress four years after the U.S. invasion was uneven at best, although there was some improvement among the ISF. However, the panel found that the ISF couldn’t protect Iraq’s borders against conventional military threats “in the near term.”

The Bush Administration did try to get Jones to join up a few times. Secretary of State Condoleeza Rice asked him to be her Deputy Secretary of State twice, but he declined. Rice did get him to agree to be a special envoy for Middle East security in November 2007.

3. Jones Became a Pipeline Lobbyist After Leaving the Obama Administration & Republicans Called Him to Testify on the Keystone XL Pipeline 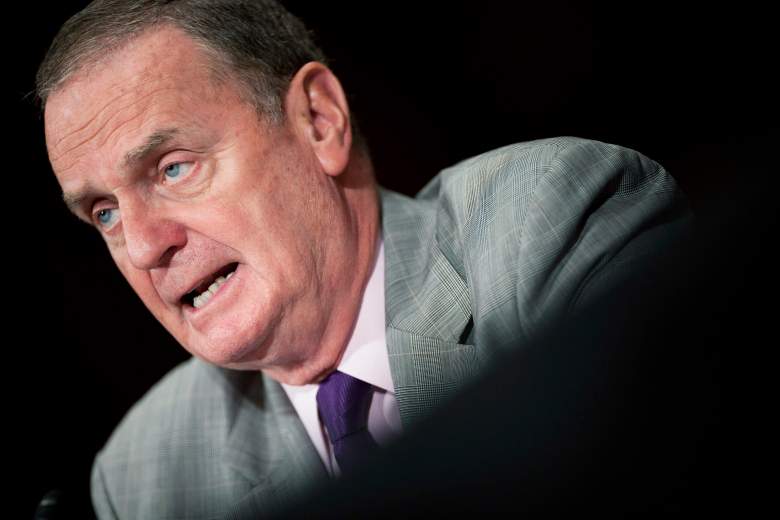 After leaving the Obama White House, Jones became a lobbyist for oil pipelines. He was a paid adviser to the American Petroleum Institute and the U.S. Chamber of commerce, which both supported the Keystone XL Pipeline project. One of Trump’s first actions in office was reviving the pipeline project that Obama rejected.

In an interview with the Star Tribune in November 2013, Jones made it clear that he supports the Keystone XL Pipeline. He explained:

The Keystone XL pipeline is an element of that legacy and an important one not only because of the jobs and energy security it offers, but it impacts the geostrategic relationship we have with our closest ally to the north, Canada. The project can help ensure a securer energy future for North America. Moreover, it would send an important message to international markets that our country intends to capitalize on our energy leadership and resource abundance.

When the Senate Foreign Relations Committee held hearings on the project in March 2014, Republicans called Jones as a witness to speak on the project’s behalf.

In his testimony, Jones framed the pipeline as an important tool for the U.S. to ensure its strength in the 21st century when it comes to energy. Jones told the committee:

“Members of the committee, within our reach is the historic opportunity to harness energy sufficiency to solve some of our country’s most significant challenges: insecurity, joblessness, trade imbalance, and a devastating national debt—all of which erode U.S. strength and global leadership. But we can’t seize this incredible opportunity if we continue to say “no” to the infrastructure requirements necessary to develop and utilize these resources. This includes the transmission lines needed to transmit electric energy created by new wind and solar facilities every bit as much as it does for pipelines needed to carry new sources of oil and gas to market. In the case of the Keystone XL pipeline, it will serve as a conduit that, once completed, will add a mere one percent to the length of our country’s oil pipeline infrastructure.”

Jones is also the president of Jones Group International, a consulting firm that focuses on international energy policy. A statement on the group’s mission reads:

Empowered by the knowledge that security in today’s complex and integrated world is multi-dimensional, encompassing not only physical security, but economic development, rule of law, and global governance, Jones Group International (JGI) employs a team dynamic with far reaching expertise in the military, civilian government, and industry. With a deep understanding of the importance for public and private enterprises to work cooperatively, understand the global landscape, identify clear organizational goals, implement proper strategy, and manage risk , JGI is uniquely positioned to assist government and industry partners to achieve mission success.

Notably, the firm’s site includes a statement about Jones’ work with NATO. He was the first Marine to be named the Supreme Allied Commander Europe (SACEUR) and remains the only Marine named to that position since then. In a 2003 interview for the NATO website, Jones said he has been a “big believer in NATO ever since my early days as a child in Europe.”

5. Jones’ Father Was a World War II Veteran & He Grew Up in Paris

Jones’ father was James L. Jones, Sr., how served as a Marine in World War II, fighting in the Pacific Theater.

Although Jones was born in Kansas City and earned his B.S. from Georgetown University, he grew up in Paris. According to the Huffington Post, he attended the American School of Paris and speaks fluent French. Before finishing high school, he did move back to the U.S., living in Alexandria, Virginia with his aunt and uncle.

His military service began when he was commissioned as a second lieutenant in the Marine Corps in January 1967. He served in the Vietnam and Persian Gulf Wars.