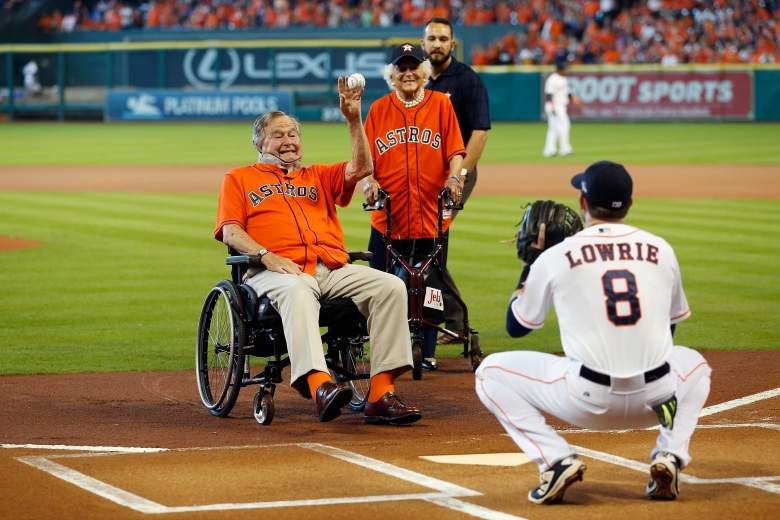 Former President George H.W. Bush throws out the ceremonial first pitch to Jed Lowrie #8 of the Houston Astros as former First Lady Barbara Bush looks on prior to game three of the American League Division Series between the Houston Astros and the Kansas City Royals at Minute Maid Park on October 11, 2015 in Houston, Texas. (Getty)

Former President George H.W. Bush and his wife, Barbara Bush, are overseeing the coin toss today for the Super Bowl. They’ve been together for a long time, but exactly how long have they been married? (See photos of them together over the years here.)

George and Barbara have one of those rare, long-lasting marriages: they’ve been together for 72 years. In fact, they just celebrated their 72nd wedding anniversary on January 6. They were married on January 6, 1945. In fact, they’re the longest-married couple in U.S. history, U.S. News reported. Jimmy Carter, who is just a few months younger than George, has been married to Rosalynn since July7, 1946.

The two were hospitalized together in mid-January, with George suffering from pneumonia and Barbara suffering from fatigue and bronchitis, according to CNN. They were both later released and are in good enough health to do the coin toss today. You can see photos of the two together here.