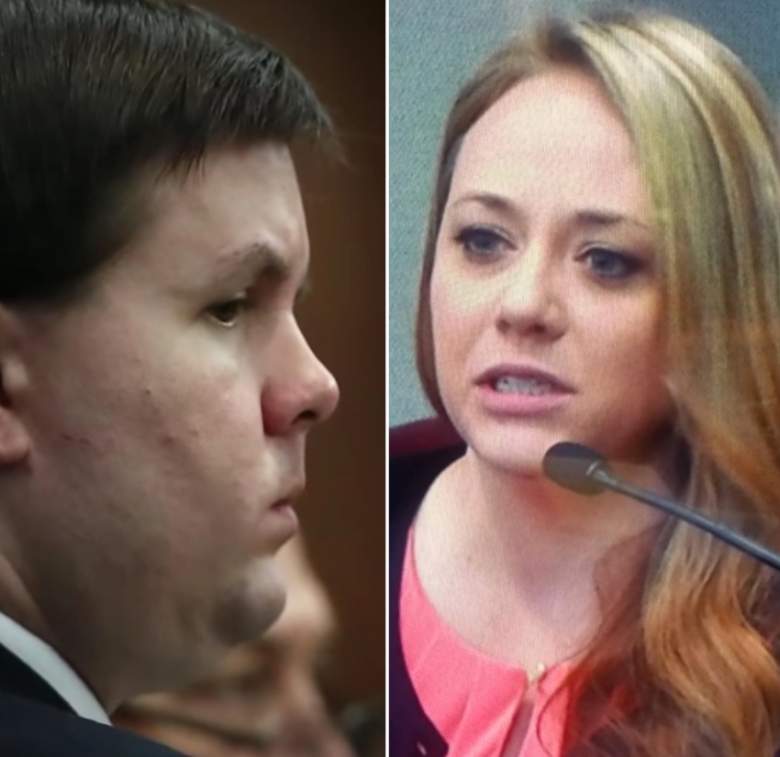 On June 18, 2014, 22-month-old Cooper Harris died after being trapped in his father’s hot car for approximately seven hours.

Justin Ross Harris had finished up breakfast that morning before driving to the building where he worked. Instead of dropping his son off at day care, he left him in his hot car all day. Harris claims that after 4pm that day, he was driving to a nearby movie theater when he noticed Cooper was still in the car. He pulled into a shopping center parking lot and lifted his son’s lifeless body from the vehicle. According to CNN.com, witnesses said Harris was screaming and seemed “distraught”.

Justin Ross Harris is currently serving life in prison without the possibility of parole.

Read on to learn more about the parents of young Cooper– Leanna Taylor and Justin Ross Harris.

1. Justin and Leanna Are Now Divorced

FRIDAY: An exclusive interview with Leanna Harris, the mother who lost her son after her ex-husband left their child in a hot car. pic.twitter.com/wuNa8sXQTx

Last February, Leanna filed for Divorce in Cobb County Superior Court, citing a relationship that was “irretrievably broken,” according to The Atlanta Journal Constitution. News of the divorce came two months before Justin’s trial was set to begin.

Leanna and Justin met in 1994. According to The Atlanta Journal Constitution, Harris told a friend after their first date that he was going to marry Leanna. Friends described him to the outlet as “gregarious and undisciplined, deeply religious but not averse to coloring outside the lines.”

At the time Leanna filed for divorce, those close to the couple said that despite the separation, Leanna still believes that her son’s death was an accident. A friend told The Atlanta Journal-Constitution, “It is a very sad situation for everyone involved… This obviously isn’t the place they wanted this to end up, and they have worked very hard to keep it from this.”

2. Justin Was Charged With Eight Felony Counts in Cooper’s Death

Justin Ross Harris will be sentenced today at 1:30p. Attorney says Ex wife Leanna will not be there. Look for updates on @cbs46 pic.twitter.com/fgvQKnxy3i

In trial, Leanna came to her husband’s defense, and said he “was a loving father, who loved his son deeply, and would never have intentionally harmed him in any way,” writes News 11 Atlanta. The prosecution made the argument that Cooper intentionally left his child in the car to avoid family responsibilities.

Read the contents of the search warrants obtained by investigators below.

3. Police Found Evidence That Suggested Justin Had Been Engaged in Extramarital Affairs During the Investigation

Not long after Cooper’s death, police found evidence that suggested Harris was engaged in extramarital affairs. Al.com reports that he was involved in both online and in-person relationships with many women, including a prostitute and a teenager. Authorities discovered thousands of sexts between Harris and other women– he was also accused, in trial, of possessing lewd photographs of underage girls and sending naked photos to those girls, reports The Atlanta Journal Constitution.

In October of last year, People reported that a former escort had told a Georgia jury that she had sex with Justin Harris weeks before his son was killed. “The escort, Daniela Doerr, told the jury that Harris, 35, who is on trial for murder but claims his son’s death was an accident, was ‘very relaxed’ during the encounter. She further described him as ‘dumpy.'” The day of Cooper’s death, Harris exchanged sexually explicit text messages with a 17-year-old girl, “asking for a photo of her breasts”, according to CBS News.

A source allegedly close to Leanna told People, “This whole trial has been unbelievably hurtful to her… [The former escort’s] testimony in particular has been painful and infuriating. She really wanted the house and the kids and the picket fence with Ross, and it was all taken away from her.”

4. Leanna Taylor Was the Defense’s Key Witness During Trial

In trial, the prosecution made the argument that Harris would have been able to see Cooper in the car seat during his drive. Assistant District Attorney Chuck Boring is reported by CNN as saying, “If this child was visible in that car, that is not a failure in memory systems… Cooper would have been visible to anyone inside that car. Flat out.”

Leanna Taylor served as the defense’s main witness in trial. When she took the stand on October 31, she recalled memories of Cooper, and claimed that Justin “never expressed anger or malice toward Cooper.” According to CNN, jurors were given 30 minutes to look through photographs of the family. They were also shown videos of Cooper and his parents.

CNN also reports Leanna as testifying that she and Justin had marriage problems– even recounting her husband’s struggles with pornography— but saying that her husband was a “very involved” parent and loved their son. CNN writes, “In her mind, she said, the only possible explanation was that Harris forgot Cooper and accidentally left him in the car.”

5. She Has Been the Subject of Online and In-Person Bullying Since Her Son’s Death

In tonight’s interview with ABC News 20/20, Leanna admits to exhibiting strange behavior after learning of her son’s death.

Leanna began to suspect something had gone wrong in 2014 when she showed up at daycare to pick her son up and was told he wasn’t there. ABC News writes, “Detectives zeroed in on Harris, but said they were also suspicious of Taylor because they thought her actions that day seemed strange. She had told daycare workers that ‘Ross must have left him in the car’ and detectives said she seemed unemotional when she was told Cooper was dead.”

While Taylor was waiting to be questioned at the police station, she also reportedly asked her then-husband, “Did you say too much?” Later on, witnesses described Taylor as seeming “unemotional” at Cooper’s funeral.

Taylor has since said she was merely trying to process the news. “Nothing about it felt real. Nothing about it felt like it was happening. It just felt like a bad dream… My faith is the only thing that has kept me alive since this happened. The only thing that could give me any kind of peace was knowing that Cooper was in a good place … People took it as me not wanting him here.”

ABC News reports that Taylor has been the subject of bullying since her son’s death. She even found a note on Cooper’s grave that said, “If you had been my son, I would have loved you.” In her interview with 20/20, Taylor says, “There’s no way for someone to know how they would react… If somebody had asked me the day before this happened, ‘How would you react if this happened to you?’ My explanation of how I would have reacted and the reality of how I actually reacted would have been completely opposite.”

Loading more stories
wpDiscuz
0
0
Would love your thoughts, please comment.x
()
x
| Reply
Justin Ross Harris and Leanna Taylor are the parents of 22-month-old Cooper, who was found dead after being trapped in a hot car for nearly eight hours in 2014.