The event kicked off Wednesday afternoon with a small group of speakers, but the headliners began today with White House Counselor Kellyanne Conway. You can watch a complete live stream of day one above, and videos of individual speeches below.

CPAC was initially going to feature controversial writer Milo Yiannopoulos, but his invitation was rescinded after video of him talking about pedophilia surfaced. Yiannopoulos also lost his position at Brietbart and had his Simon & Schuster book deal cancelled.

CPAC is hosted by the American Conservative Union (ACU).

Here’s the complete speakers schedule for Thursday, as well as videos from the conference. President Donald Trump is scheduled to speak on Friday. 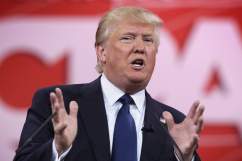