For the second time since winning the presidency, President Donald Trump met with Japanese Prime Minister Shinzo Abe. The two leaders held a joint press conference at the White House, which started a little after 1 p.m. ET. You can watch the entire press conference above.

Trump met with Abe at Trump Tower during the transition phase, before he took the oath of office on January 20. USA Today reports that Abe is expected to talk trade and defense with Trump over two days. Abe likely won’t ask Trump to suddenly start supporting the Trade Pacific Partnership trade deal, which Abe has supported. However, the main goal is to show the strong relationship between Japan and the U.S., as tensions rise between the U.S. and China.

After the meetings in Washington, Trump and Abe will go to the Mar-a-Lago estate in Palm Beach, Florida, where they will play a round of golf.

“I want to hold a summit that can send a message saying the Japan-U.S. alliance will strengthen further with President Trump,” Abe told reporters before leaving Japan. 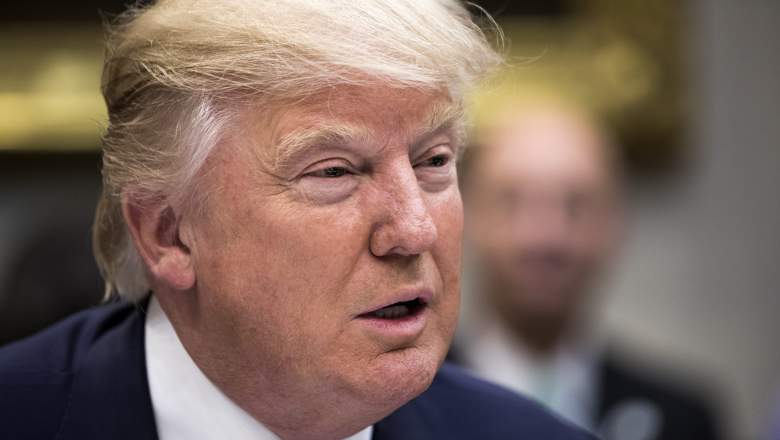 Last week, Defense Secretary James Mattis met Abe in Tokyo to show that the U.S.’ friendship with Japan hasn’t changed since Trump became president. “I want there to be no misunderstanding during the transition in Washington that we stand firmly, 100 percent, shoulder to shoulder with you and the Japanese people,” Mattis said, reports the New York Times.

Following Trump’s press conference with Abe, they will have a working lunch, then leave Washington for Florida. According o the White House itinerary, they are scheduled to arrive in West Palm Beach at 5:45 p.m. ET. 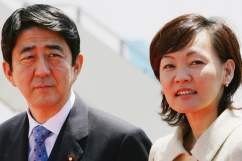