National anthem over, Luke Bryan ?
Now, let's get down to business! #SuperBowl pic.twitter.com/AWCYrKyBpi

Luke Bryan took the field tonight to perform the National Anthem for the 2017 Super Bowl, performing immediately following a performance of “America the Beautiful.”

As Bryan performed, there were shots of military members saluting from overseas, shown on the screen. In addition, a giant American flag was held together on the field as Bryan performed.

In 2012, Luke Bryan performed the National Anthem for the MLB All Star game and he wrote a couple words on his hand to help him as a “cheat sheet.” Unfortunately, viewers noticed and he received a lot of backlash, especially on Twitter. In response to the criticism, Bryan ended up apologizing in a few tweets online.

While most performers tend to keep the identity of the team they are rooting for a secret from the public, Bryan has admitted that he and his family are rooting for the Falcons. Bryan is Georgia-born and he is hoping that the Falcons take the win this year. 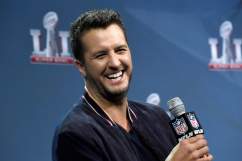 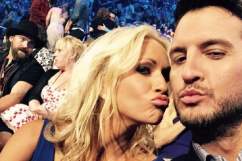