Questions are growing following the resignation of Donald Trump’s national security adviser Michael Flynn over his communications with the Russian ambassador.

With Flynn now gone, some are asking: What did President Donald Trump know – and when? Flynn appears to have fallen on his sword (at least for now), writing in his resignation letter that he was apologizing to Trump and Vice President Mike Pence. However, the “I” word is the topic of heated debate on on Twitter (impeachment):

The issue is getting more tangled, rather than going away: The New York Times (and CNN) are now reporting that “Phone records and intercepted calls show that members of Donald J. Trump’s 2016 presidential campaign and other Trump associates had repeated contacts with senior Russian intelligence officials in the year before the election.” The aides were not yet named, and the content of the conversations was not detailed. Furthermore, the Times wrote that no evidence of collusion was found. There are also reports that Flynn was interviewed by the FBI and that Trump knew for more than half a month about the Flynn conversations. Trump has tried to turn attention toward the leaks to the news media.

There are questions about whether Flynn violated the law – specifically the Logan Act – in his communications with Ambassador Sergey Kislyak before Donald Trump took the oath of office and the day before President Barack Obama imposed sanctions on Russia.

The New York Times and Washington Post reported that Flynn discussed sanctions with Kislyak, counteracting denials from both Flynn and VP Mike Pence, who has said he got his information from Flynn.

With Republicans in control of Congress, impeachment seems very unlikely. However, the resignation of Flynn raises serious questions, and at least one top Republican has raised them.

President Donald Trump delivers remarks at the beginning of a meeting with his staff and government cyber security experts in the Roosevelt Room at the White House January 31, 2017 in Washington, DC. Citing the hack of computers at the Democratic National Committee by Russia, Trump said that the private and public sectors must do more to prevent and protect against cyber attacks. (Getty)

Remember that Republicans control Congress. This is key.

According to the Huffington Post, “Even if every Democrat in the House voted in unison to impeach Trump, impeachment would only be possible if at least two-dozen Republican members of the House voted in favor. Likewise, a vote in the Senate (requiring two-thirds) to remove Trump from the presidency would only be successful if at least 19 Republican senators voted for conviction.”

Granted, Republicans in Congress might favor Vice President Mike Pence to the volatile Trump, but this would be no short order, it would split the party from a large piece of its base, and there’d have to be something overwhelming and so far unrevealed to get the GOP there.

Intel Cmte. Ranking Member Adam Schiff (D-CA): Flynn is gone, but questions remain — was Flynn acting on the orders of Trump or anyone else? pic.twitter.com/t6Pe76wSHI

Intelligence Committee Ranking Member Adam Schiff (D-CA) zeroed in on the question that could theoretically attach the Flynn scandal to Trump: “Whether he (Flynn) was acting on the instructions of the President or any other officials, or with their knowledge.”

My office pool pick of impeachment by the 4th of July is starting to look pretty good already. #MAGA #MichaelFlynn #Flynn #Trump

That’s a question that’s not been answered yet, at least publicly. However, it’s the crux of the impeachment arguments.

Other Democrats have been asking similar questions. There are efforts to have Flynn testify under oath in front of Congress, which would be a moment of incredible drama.

It doesn't end w/ Flynn. Do not forget Paul Manafort's ties to Russia. This is why I'm demanding that Congress #investigatetrump #hconres15

The question, of course, is whether Republicans start raising public concerns as well, what Flynn says (especially under oath, if compelled), whether he faces legal jeopardy putting pressure on him, and what the intelligence agencies know or have. Those are a lot of ifs, of course, but it’s, minimally, a major distraction for the new president as Flynn was one of his most fervent allies during the campaign. The president isn’t known to break loyalties lightly.

However, even before Flynn’s resignation, U.S. Rep. Jim Sensenbrenner (R-WI) said in a town hall, as paraphrased by a reporter there: “If he (Flynn) ended up lying up food chain to POTUS, then something would have to be done.”

There is a petition asking Republican Jason Chaffetz, chairman of the House Oversight Committee, to open an investigation into the Flynn/Russia question. On February 13, according to a news release, “All Democratic Members of the House Committee on Oversight and Government Reform sent a letter to Chairman Jason Chaffetz urging him to reconsider his repeated refusals over the past several months to join Ranking Member Elijah E. Cummings in investigating Lt. General Michael Flynn and his ties to Russia.”

The Huffington Post reported February 10 – before Flynn resigned: “Congressman Jerrold Nadler (D-NY) filed a ‘resolution of inquiry’ that amounts to the first legislative step toward impeachment.” The Huffington Post noted that some Republicans voted to impeach Richard Nixon.

Bookmakers are already taking bets over whether Trump will be impeached, and some have the odds at 4-1.

Others are digging up old tweets by Trump.

Flynn was speaking to the Russian ambassador on Trump's orders. The proof was on Twitter in real time. pic.twitter.com/GGnLlIJR8o

However, as Politico notes: “Any actual movement on impeachment wouldn’t come until Americans have turned on Trump en masse.” Although Trump is unpopular in various polls (he notes that polls wrongly predicted his loss, of course), he retains the support of his core base.

News Reports Indicated the Government Has a Transcript of the Conversation

What exactly did Flynn say to the Russian ambassador? At this point, that’s publicly not clear. All that’s known is what prominent news sites – like The New York Times and Washington Post – have reported Flynn said based on anonymous sources. They reported that Flynn, contrary to past denials, spoke to the Russian ambassador about sanctions. But the specific semantics matter. News organizations have also reported that Flynn did not make any specific promises to the Russians.

This was the Wall Street Journal account (a newspaper often perceived as more favorable to conservatives than the others):

The Times and others have indicated that the government was eavesdropping on the Russian ambassador’s conversations and may have a transcript of the Flynn conversations.

The questions, of course, are multi-fold: If the government has a transcript of the conversation, why did it take this long for Flynn to resign? When did Trump see the transcript, if in fact it exists? When did Pence? Was it the exposure in the media that changed things? Why did it take that? Who leaked the information to the news media? Was it intelligence agencies?

Kellyanne Conway said the "President has the full confidence" in General Michael Flynn. That was decoded as he's out by midnight to me. pic.twitter.com/bdIneEq0yt

One mystery regarding Flynn’s resignation is the fact that the president’s high profile and controversial adviser, Kellyanne Conway, said earlier in the day on February 13 that Trump had confidence in Flynn. Then, several hours later, Flynn was gone.

“Does he have the full confidence of the president? Yes, he does,” Conway said. But she added a hedge – that Flynn said he could “not recall” the details of some conversations. She also said that Vice President Mike Pence had characterized the conversations solely based on what Flynn had told him.

Some Think Flynn Might Have Violated the Logan Act & If He Lied to the FBI, That Could Be a Felony

The reports by The Washington Post and New York Times raise questions about whether Flynn violated the law known as the Logan Act. The New York Times also reported that some investigators did not believe Flynn was “entirely forthcoming” with them; making a false statement to federal investigators is a crime (there’s no evidence publicly at this point that Flynn did so).

It’s a law that no one has ever been found guilty of violating, despite being on the books since 1798, according to The Washington Post, which added, “It seems its main purpose these past 200 years has been as a political weapon for the opposition party to cast doubt on the other party’s foreign policies.”

The Logan Act reads as follows, according to Cornell University:

The New York Times reported that some officials believe Flynn’s conversation with the ambassador was potentially a Logan Act violation. After all, Barack Obama was still president and about to impose sanctions against Russia, an action which, when it occurred, did not spark Russian anger to the degree some expected, at least not publicly. However, the Times reported that it would be very unusual for the law to be prosecuted because it is “murky” during presidential transition periods.

If it were ever established that Trump knew about or directed the conversations Flynn had with the Russian ambassador, then some might question whether Trump himself violated the Logan Act. 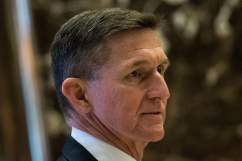 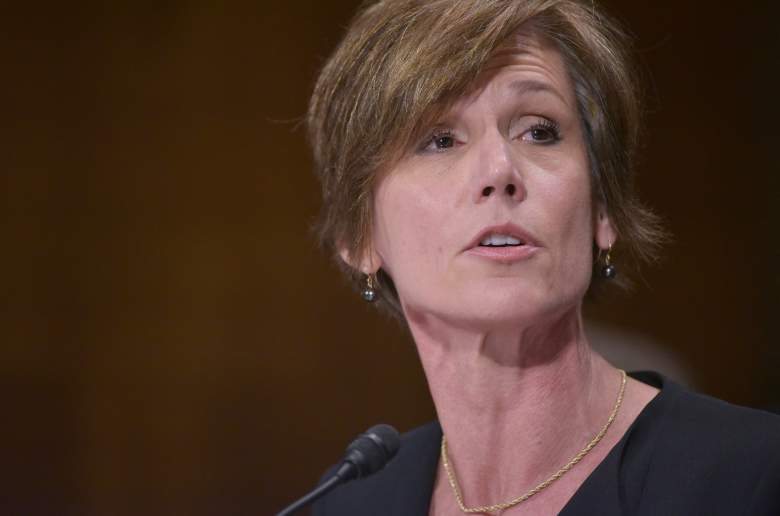 According to Reuters, Sally Yates, then-acting U.S. attorney general, “told the White House late last month that she believed Flynn had misled them about the nature of his communications with the Russian ambassador to the United States.”

She felt Flynn might be open to blackmail, Reuters reported. Trump later fired Yates for refusing to defend his immigration ban. However, Flynn remained in his post until the media exposure. 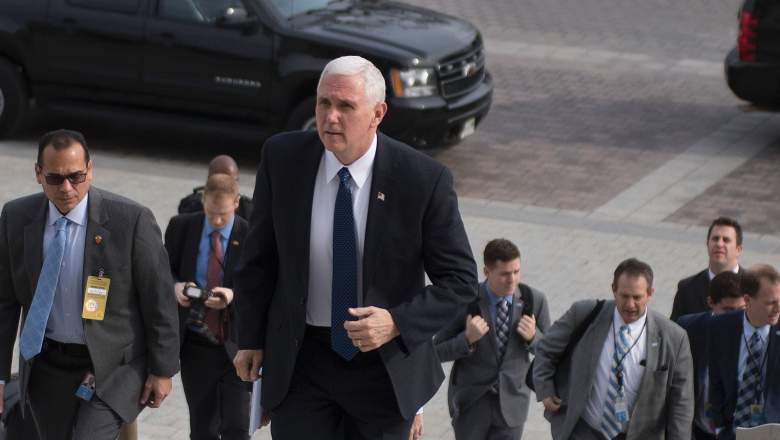 If the vice president was misled by Flynn, then was the president? Mike Pence told the news media that Flynn did not talk about sanctions to the Russians. In his resignation letter, Flynn said:

Unfortunately, because of the fast pace of events, I inadvertently briefed the Vice President Elect and others with incomplete information regarding my phone calls with the Russian Ambassador. I have sincerely apologized to the President and the Vice President, and they have accepted my apology.

Palmer Report notes the omission of “Trump” in the line about the Vice President Elect and “others”: “Nowhere in the above passage did Michael Flynn say that he misinformed or misled Donald Trump with regard to his phone calls to the Russian Ambassador.”

Reuters reported: “Flynn had promised Pence he had not discussed U.S. sanctions with the Russians, but transcripts of intercepted communications, described by U.S. officials, showed that the subject had come up in conversations between him and the Russian ambassador to the United States.” 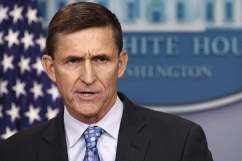