This morning on Morning Joe on MSNBC, while discussing President Donald Trump with Joe Scarborough, Mika Brzezinski said that she was worried that Trump could undermine the media’s message.

The topic came up after an interview with Yamiche Alcindor of The New York Times, who was brought on to discuss President Trump’s perpetuating criticism of the media. Brzezinski then voiced her concern that if the economy took a turn for the worse, people could start believing in Trump more than the press.

Scarborough responded, “Exactly. That is exactly what I hear. What Yamiche said is what I hear from all the Trump supporters that I talk to who were Trump voters and are still Trump supporters. They go, ‘Yeah you guys are going crazy. He’s doing—what are you so surprised about? He is doing exactly what he said he is going to do.'”

However, what Brzezinski said after caused many Morning Joe watchers to perk up. “Well, I think that the dangerous, you know, edges here are that he is trying to undermine the media and trying to make up his own facts. And it could be that while unemployment and the economy worsens, he could have undermined the messaging so much that he can actually control exactly what people think. And that, that is our job.” 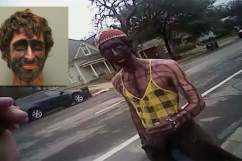 Loading more stories
wpDiscuz
11
0
Would love your thoughts, please comment.x
()
x
| Reply
This morning on Morning Joe on MSNBC, while discussing President Donald Trump with Joe Scarborough, Mika Brzezinski said that she was worried that Trump could undermine the media's message.