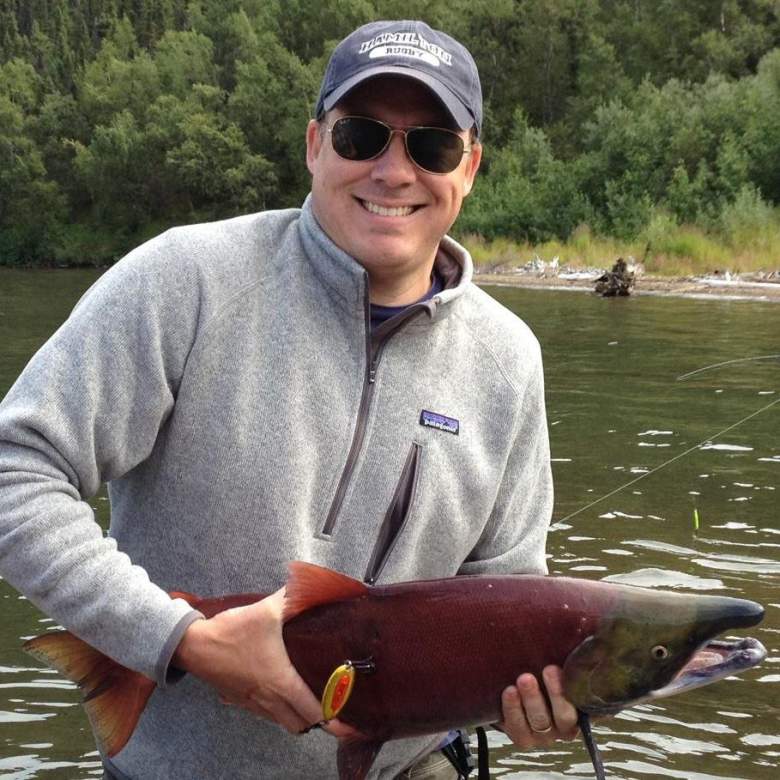 CNN reported that he offered his resignation May 18, but agreed to stay on until Trump completed his foreign trip.

“It’s been a privilege to serve this president,” Dubke said to the news outlet.

A formal end date hasn’t yet been disclosed, but White House Chief of Staff Reince Priebus said in a statement that his service was greatly appreciated.

Just in: @Reince45 on Dubke resignation, via the pool: "We appreciate Mike and are very grateful for his service…" pic.twitter.com/wJKFOjoe4z

Dubke is a Republican that’s spent a large part of his career working in the government and in association with numerous Conservative-led organizations.

Here’s what you need to know about Dubke:

1. Dubke Was Working With Sean Spicer

In his role as communication director, Dubke worked alongside White House Press Secretary Sean Spicer, who received criticism from some for his approach in the role. It led to speculation that his job may be in jeopardy just one month in.

Dubke said that he had “a good conversation with the president” when submitting his resignation, which comes amid reports of a possible White House staff shakeup. Though he said that there was no turmoil in the White House, saying to CNN that he opted to resign “for a number of reasons — for personal reasons.”

Dubke wrote a resignation letter to his friends and co-workers, which said it was a “distinct pleasure to work side-by-side, day-by-day with the staff of the communications and press departments. The White House is filled with some of the finest and hardest working men and women in the American government.”

2. He Founded a Republican Media Company

The co-founder of the Crossroads Media, Steven J. Law, served as the U.S. Deputy Secretary of Labor under President George W. Bush. American Crossroads’ chairman of the board is former Republican National Committee chairman Mike Duncan.

In addition to that, Dubke co-founded and was the president of Americans for Job Security, a pro-business league in Virginia. That organization was active in 45 states and spent over $55 million on advocacy for select issues.

Before working in the role for AJS, he was the executive director of the Ripon Society and Ripon Educational Fund. The organization is a public policy think tank that was founded in 1962.

3. He Has Extensive Experience in Politics

Am told Mike Dubke will be comms director, which @Acosta just reported. Here he is hiding in plain sight at Trump presser 2 over from Spicer pic.twitter.com/Mc7Bfd67kw

Throughout his career, Dubke has remained very active in politics.

In 2016, Dubke’s consulting firm Black Rock Group was hired to be the lead strategist for Sen. Lisa Murkowski’s bid to be re-elected in Alaska; she was successful in doing so. According to its website, Black Rock Group is a “Strategic communications and public affairs firm” led by Dubke, Carl Forti and Brian Jones. The aim of the company is to “shape public debates through paid, earned and digital media strategies.”

When he served as the executive director of the Ripon Society in 1996, Dubke spoke to the media about then-Senator Bob Dole’s abortion position. He was joined at the podium by other Republican pro-choice groups to speak about the group’s views of Dole’s position and advocate for inserting “a tolerance statement for multiple views on abortion into the Republican party platform.”

Trump transition spokesman Jason Miller had originally been named the communications director, but he decided not to pursue the opportunity so he could “spend more time with his family,” he said two days after being appointed.

After spending this past week with my family, the most amount of time I have been able to spend with them since March 2015, it is clear they need to be my top priority right noww. I need to put them in front of my career.

However, Miller’s resignation came amid controversial reports of an affair with Trump campaign surrogate A.J. Delgado. She took to Twitter in December 2016 and called for Miller to resign.

Delgado wrote in two tweets prior to Miller’s resignation:

When you try to put a brave face and tweet about nonsense to distract, your feed looks like @JasonMillerDC’s.

When people need to resign graciously and refuse to, it’s a bit … spooky

5. He Lives In Virginia With His Family

Dubke has a wife, Shannon, and two teenaged boys. The family resides in Alexandria, Virginia, just 8 miles south of the White House.

According to her LinkedIn page, Shannon is the CEO at D Enterprises Inc., a retail company. Dubke is reportedly a season ticket holder for his favorite team in the NFL, the Buffalo Bills. 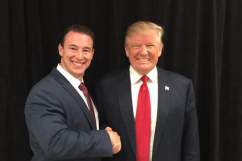