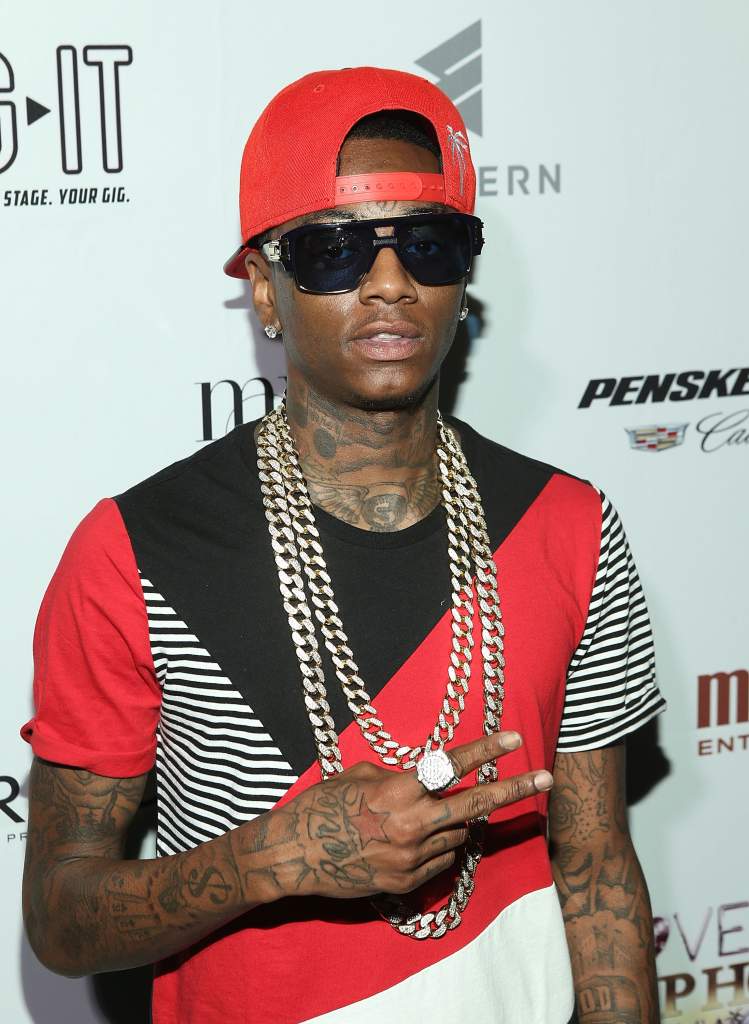 Soulja Boy has let it be known that his boxing match with Chris Brown will not happen. He posted a couple of messages on Twitter saying that Chris Brown did not sign the paperwork that would make the fight possible. Not only did explain why the match wouldn’t happen, he also took the time to talk trash and make fun of Chris Brown as well

The boxing match was supposed to be a Pay-Per-View match that would take place in Dubai in March. Floyd Mayweather was training Souljah while Mike Tyson was training Chris. Floyd and 50 Cent were also promoters for the boxing match.

Chris Brown has not yet responded to any of Soulja’s remarks, instead, he is promoting a new “Chris Brown The Party Tour” and just released his video for “Party” featuring Usher and Gucci Mane.

I couldn't wait to knock that nigga out now about y'all tweet him and ask why he bitched out? I'm back to the studio. With yo bitch?✋?

Obviously he don't wanna fight ? , so I'm gonna leave him alone. Beef over just tell him don't call my phone over a girl. That was 2nd time

Now we all know Chris a Bitch don't bring this shit up to me ever again. He ain't wanna see these hands. Facts

Loading more stories
wpDiscuz
0
0
Would love your thoughts, please comment.x
()
x
| Reply
Soulja Boy has announced on his Twitter page that Chris Brown refused to sign the paperwork that would make their infamous boxing match possible. He thinks that singer/songwriter might be scared of his fighting skills.