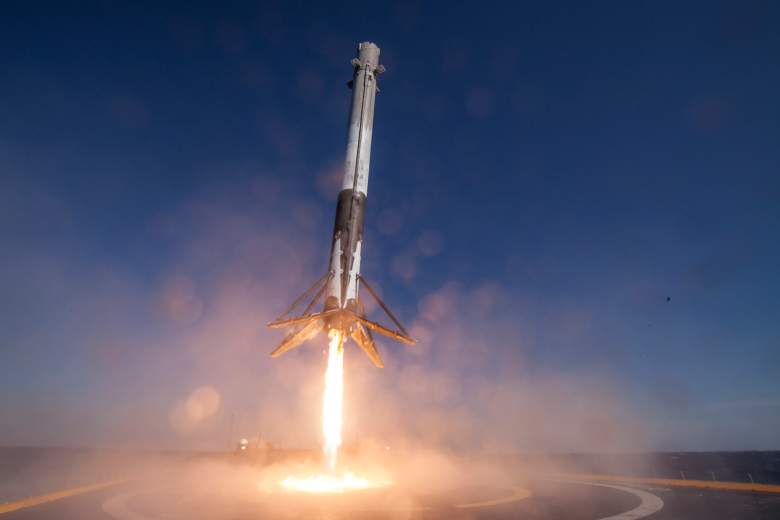 Heavy will have live coverage of the countdown and launch of SpaceX’s historic launch of a Falcon 9 rocket from Cape Canaveral, Florida. This will be SpaceX’s 10th operational Dragon resupply flight to the International Space Station.

“SpaceX is targeting a late morning launch of its tenth Commercial Resupply Services mission (CRS-10) from Launch Complex 39A (LC-39A) at NASA’s Kennedy Space Center in Florida. This mission has an instantaneous launch window with the next attempt opportunity on Sunday, February 19 at 9:39:00 a.m. EST,” according to a release.

A capsule called “Dragon” will separate from Falcon 9’s launch vehicle around 10 minutes after liftoff and will attach to the ISS approximately two days later. Following separation, the launch vehicle of Falcon 9 will attempt to land at SpaceX’s Landing Zone 1 (LZ-1) at Cape Canaveral.

Dragon will be filled with more than 5,000 pounds of supplies and experiments, the latter containing “critical materials to directly support dozens of the more than 250 science and research investigations that will occur” during upcoming missions.

Among the investigations are experiments to help fight human disease, monitor climate data and improve autonomous spacecraft docking at ISS.

According to Ars Technica, NASA built two main launch pads for use during the Apollo program: 39A and 39B. The former was used for most of the space shuttle missions and every moon landing launch except for Apollo 10. After the space shuttle program was decommissioned in 2011, NASA leased Launch Complex 39A to SpaceX.

The launch was originally scheduled to take place Saturday, but SpaceX delayed the launch 24 hours while the private space company takes a “closer look at positioning of the second stage engine nozzle,” an anomaly noticed shortly before liftoff.

Standing down to take a closer look at positioning of the second stage engine nozzle. 9:38am ET tomorrow is next earliest launch opportunity

Sunday’s launch will be the first launch from a NASA facility by a private space company.

CRS-10 is the tenth of up to 20 SpaceX missions to the ISS that the private space company will fly for NASA under the first CRS contract. In early 2016, NASA selected SpaceX’s Falcon 9 launch vehicle and Dragon spacecraft to resupply the space station through 2024 as part of the second Commercial Resupply Services contract.

Don’t Miss The Landing, Check Out This Timeline Of The Falcon 9’s Flight 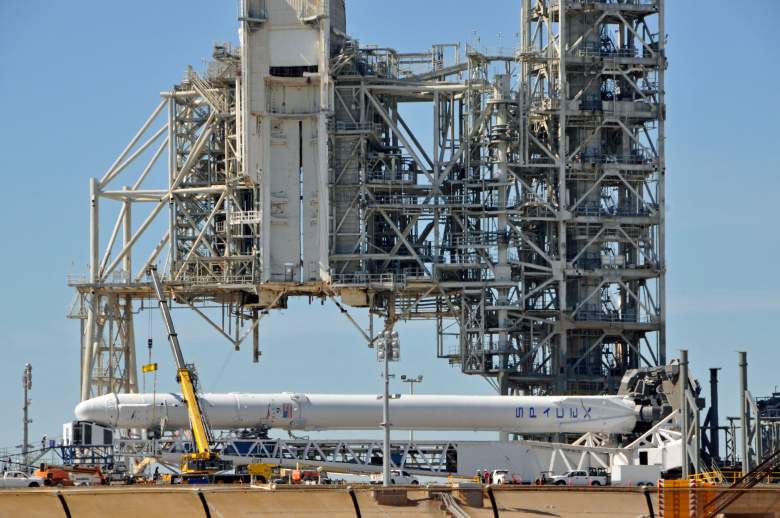 SpaceX’s Falcon 9 rocket is prepared for a launch to the International Space Station Feb. 17, 2017, at the Kennedy Space Center. (BRUCE WEAVER/AFP/Getty)

It will be the 30th flight of a Falcon 9 rocket, and the 10th launch of the booster’s latest configuration with higher-thrust engines and densified super-cold propellants.

The launch will be the 10th of least 26 resupply missions under contract to SpaceX to depart for the space station.

The illustrated timeline below outlines the launch sequence for the Falcon 9 flight with the Dragon spacecraft. It does not include times for the experimental descent and landing attempt of the first stage booster at Landing Zone 1, a former Atlas missile launch facility about 9 miles (15 kilometers) south of pad 39A.

Three ignitions of the first stage engines after separation will steer the booster back toward Florida’s Space Coast from the northeast. Here are key times for the landing maneuvers:

Touchdown at Landing Zone 1 should occur shortly after the start of the landing burn with only the center Merlin 1D engine firing. 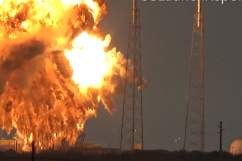 How To Watch The Launch/Landing Online

Most SpaceX launches are livestreamed, and Saturday’s historic launch is no exception. A stream is available on SpaceX’s website, but you can watch the video directly below:

The launch is scheduled for 10:01 a.m. EST Sunday with the landing happening several minutes later. 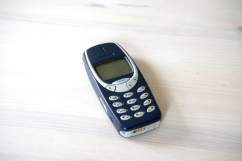 Loading more stories
wpDiscuz
0
0
Would love your thoughts, please comment.x
()
x
| Reply
Heavy will have live coverage of the countdown and launch of SpaceX's historic launch of a Falcon 9 rocket from Cape Canaveral.