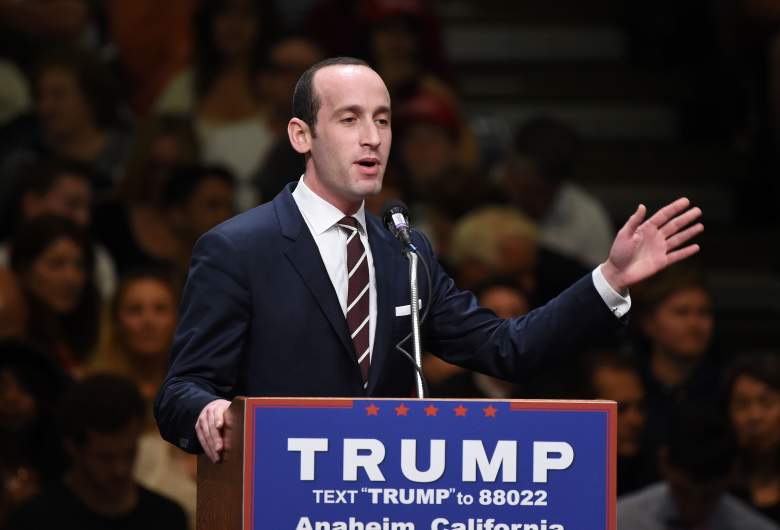 Stephen Miller at a May 2016 Trump rally in Anaheim. (Getty)

Stephen Miller has become a nationally-recognized figure after speaking on behalf of Donald Trump on a number of Sunday talk shows this past week. President Trump later praised Miller’s performance on Twitter, writing, “Congratulations Stephen Miller – on representing me this morning on the various Sunday morning shows. Great job!”

Although Stephen Miller is only now becoming widely known, he has been working behind the scenes for Donald Trump going back to January 2016. He is the former communications director for Jeff Sessions, and in January 2016, he joined the Trump campaign as senior policy advisor. He now serves as senior advisor to the president.

Stephen Miller has been aggressively fighting for conservative principles since he was in high school, and taking a look back at his formative years in high school and college reveals quite a bit about the person currently advising the leader of the free world. Here’s what you need to know about Stephen Miller’s education.

1. He Attended Santa Monica High School & Complained That It Was Too Liberal 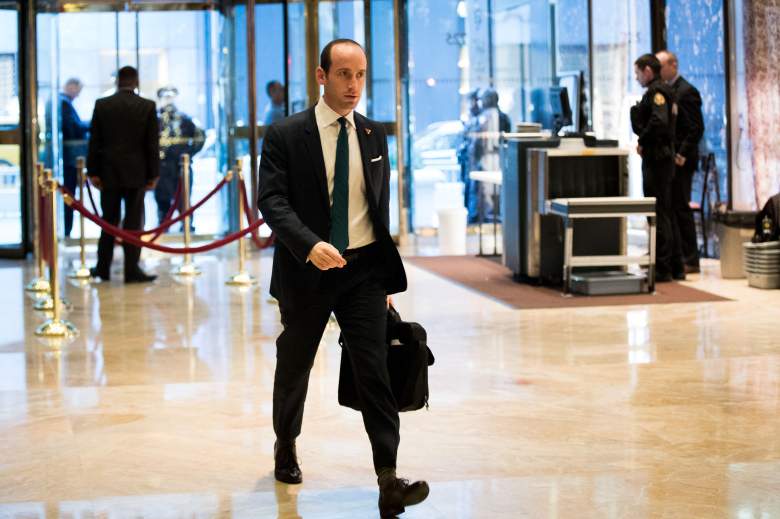 Stephen Miller grew up in a Democratic family in Santa Monica, California, and he attended Santa Monica High School. In a 2003 op-ed for Front Page Magazine, Miller described this school as “an institution not of learning, but of indoctrination,” complaining that the school’s classes on History and Government had a left-wing bias to them. He also said that he frequently received low grades for expressing conservative viewpoints.

“Some teachers actively encouraged students to protest against the war in Iraq,” he wrote. “One teacher even called George W. Bush ‘the son of the devil,’ and another claimed he was ‘not a good Christian,’ because of his efforts in Iraq.”

In another op-ed for Front Page Magazine, Miller said that there was a war being waged at public schools: a war of ideology.

“Aside from insultingly ludicrous practices such as handing out condoms to students in grades nine and up, writing announcements in Spanish, not saying the Pledge of Allegiance in accordance with district and state policy, Santa Monica High School has endeavored to indoctrinate its students in a manner so blatant and contrary to the tenets of education that it’s a wonder the school has gone uncriticized for so long,” he writes.

In a letter to the editor of the The Santa Monica Evening Outlook, Miller complained about his school announcements being written in both English and Spanish, which he said “demeans the immigrant population as incompetent, and makes a mockery of the American ideal of personal accomplishment.”

He goes on to refer to homosexuality as an “alternative lifestyle,” complaining that there is a club at the school for gay teens.

“[J]ust in case your son or daughter decides at their tender age that they are gay, we have a club on campus that will gladly help foster their homosexuality,” he writes. “Do they notify parents if their teenagers have chosen an alternate lifestyle? Of course not.”

Miler concludes by saying that because the school administrators are so firmly against the war in Afghanistan, “Osama Bin Laden would feel very welcome at Santa Monica High School.”

2. He Became Politically Active in High School After 9/11, Pressuring His School to Make Changes 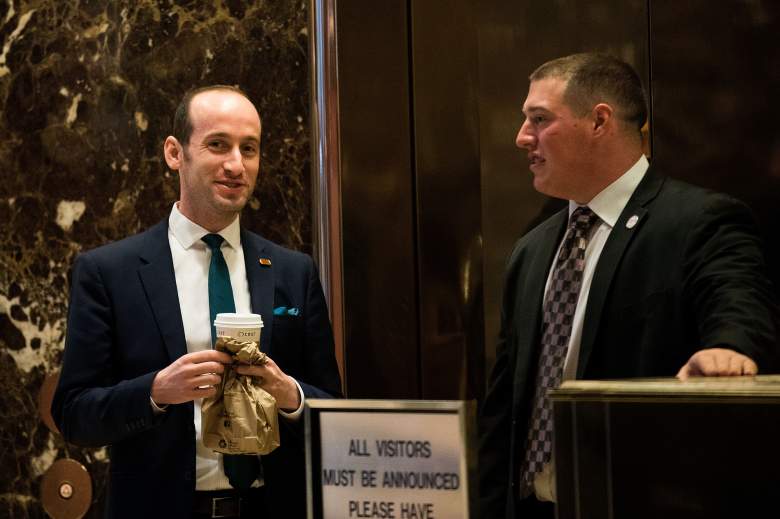 Miller explains in his 2003 op-ed for Front Page Magazine that it was after 9/11 that he really started to become involved in politics at his high school; the September 11th terrorist attack occurred during his junior year.

Miller says that anti-Americanism spread across his school in the aftermath of the attack, with one teacher saying that America brought 9/11 on itself due to its history as a “terrorist nation,” and with another teaching dragging the American flag across the floor.

It was in response to this that Miller wrote to conservative talk radio personality Larry Elder, and Miller later appeared on Elder’s show a number of times to talk about his concerns with his high school. Miller also personally invited Larry Elder to speak at his school, something the administrators initially rejected but later relented on.

Miller continued to appear on radio shows and write articles talking about the liberal bias at his high school.

“Despite the leftists’ objections, I began gathering indisputable evidence of bias and placed pressure on the school,” he writes. “In turn, they continued to receive calls and letters asking for a stop to the indoctrination.Whenever I met with administrators, they complained about the negative PR they held me responsible for. However, I kept repeating the same message:  In order to receive a positive review, you will need to take positive action.”

Miller says that the school began to implement changes as a response to his complaints, with the superintendent finally instructing all teachers to maintain a politically neutral environment in the classroom.

“The whirlwind of change that has swept across Santa Monica High School exemplifies what is possible for schools and universities all across this great and noble land,” he concludes in his piece for Front Page Magazine.

3. He Studied Political Science at Duke University & Wrote for the School Newspaper 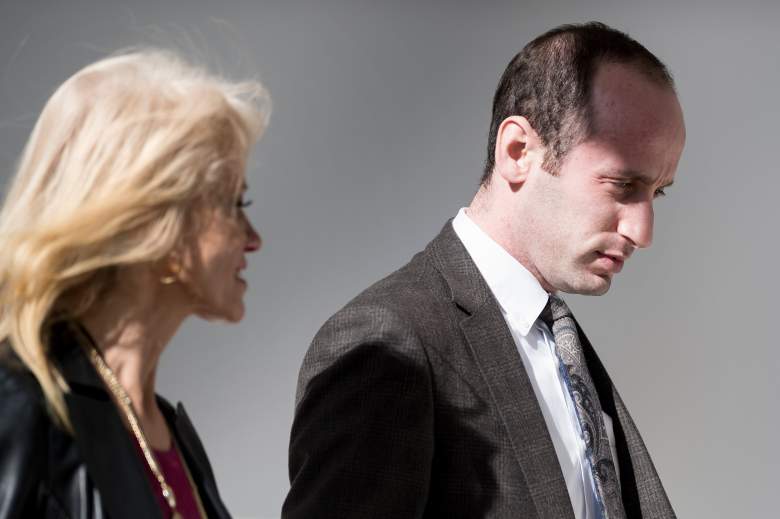 Kellyanne Conway and Stephen Miller walk through the colonnade of the White House on February 10, 2017. (Getty)

At Duke, Miller became president of Students for Academic Freedom, and he also wrote a number of conservative columns for the student newspaper. Once again, Miller complained that the teachers at Duke were too liberal.

“For all its innovation and uniqueness, Duke shares a shameful deficiency with its peer institutions,” he wrote in an op-ed for The Chronicle. “Our academia is terribly and undeniably one-sided. Like countless other schools across the nation, we too are a leftist university. Welcome and beware.”

In that same op-ed, he also dismissively refers to multiculturalism as “segregation.”

In another piece for The Chronicle, Miller says that Hollywood has turned into a liberal propaganda machine, in particular complaining about movies and shows with gay characters.

“Shows like Queer As Folk, The ‘L’ Word, Will & Grace and Sex and the City, all do their part to promote alternative lifestyles and erode traditional values,” he writes.

In December 2006, he complained that there weren’t enough Christmas decorations around campus, even though he himself is Jewish.

“There is absolutely no single logical reason why we shouldn’t have a Christmas tree on the quad and a Nativity scene in the Bryan Center,” he writes. “Eighty-five percent of our nation is Christian and every single one of us, Christian or not (I’m a practicing Jew myself), is living in a country settled and founded by Christians and benefiting daily from the principles of Christian philosophy on which our forebears relied.”

He goes on to criticize atheists, saying that they have no moral barometer.

“Atheists may talk about humanism and justice, but when you don’t believe in a soul or the ultimate truth of goodness and morality, then why live your life except in whatever fashion most plainly and immediately benefits you?” he writes. “No just society can survive which abandons God.”

4. At Duke, He Defended the Lacrosse Players Accused of Rape 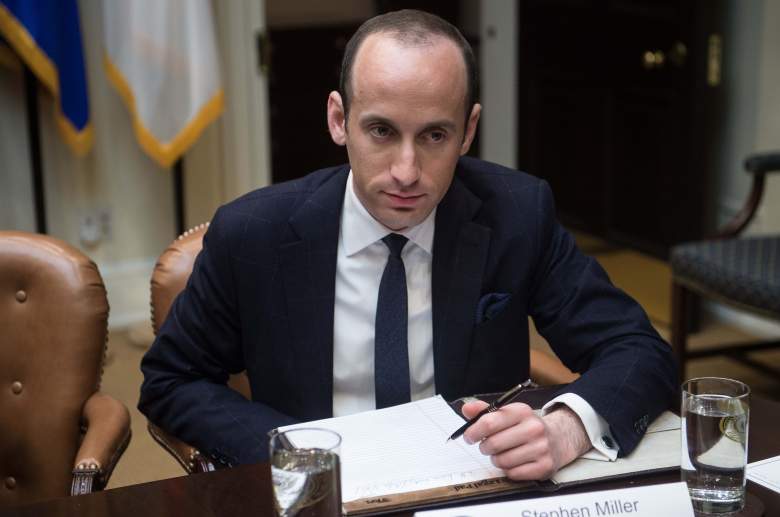 Stephen Miller attends a meeting between US President Donald Trump and small business leaders in the Roosevelt Room at the White House in Washington, DC, on January 30, 2017. (Getty)

While at Duke, Stephen Miller gained national attention when he publicly defended the Duke lacrosse players accused of rape. He did so in a series of op-eds for the school’s newspaper, The Chronicle, as well as in a series of television interviews on cable shows like The O’Reilly Factor.

In his first op-ed on the subject, Miller suggested that race was a reason why so many students felt that the players were guilty. The lacrosse players in this case were white, and they were accused of rape by a black woman.

“And not only have many already convicted the lacrosse players, but they have also diffused that conviction across the entire team,” he wrote. “Being a white, male lacrosse player was all it took.”

Miller goes on to say that the allegations are unproven but that “You will be hung in the gallows of public opinion regardless of, or even in spite of the facts, if the alleged crime can be converted into a case for institutional racism.”

In a second op-ed, Miller says that those on the left “sprang into action as soon as it became clear that the alleged victim’s story could be used to propagate their destructive black-versus-white worldview.”

In yet another op-ed, this one called “Racial Hypocrisy,” Miller argued that those on the left have a worldview that is “dependent upon that belief that America is a racially oppressive society-unleashed unholy hell.” He also says that these same people fell silent when a black man was accused of raping a white Duke student.

In the end, the Duke players were determined to be innocent, the charges were dropped, and lead prosecutor of the case was disbarred. Stephen Miller recently told Politico that he is still proud of himself for defending the players.

“The thing that I’m proudest of is that I spoke out early and often on behalf of American legal principles in the Duke lacrosse case when it was not popular,” he said. “I take great pride that, under enormous social and political pressure, I remained steadfast in my support for due process.”

5. At Duke, He Worked With Richard Spencer to Organize an Immigration Debate 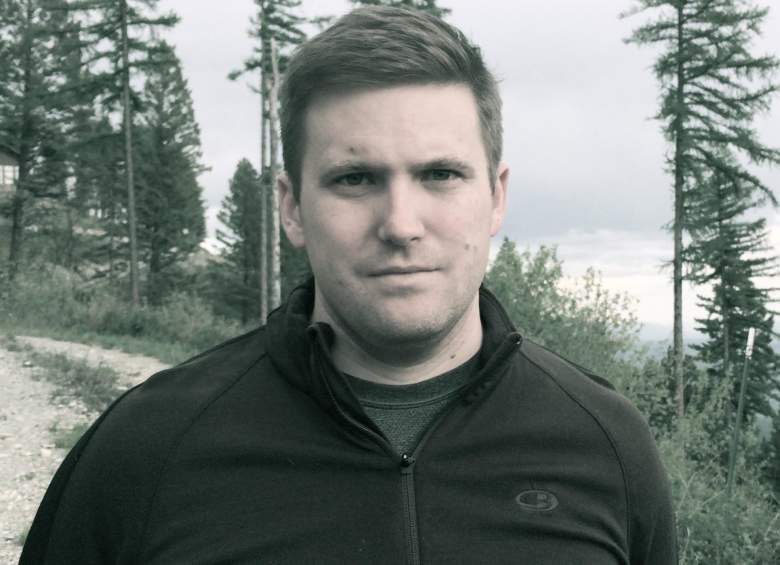 In October 2016, Mother Jones reported that Stephen Miller had once worked with Richard Spencer to organize an immigration debate at Duke University.

Richard Spencer is the white nationalist writer who has advocated for ethnic cleansing and who gave the Nazi salute at a conference in November, yelling, “Hail Trump, hail our people, hail victory!”

Spencer told Mother Jones that he’s surprised more people haven’t reported on the connection between himself and Stephen Miller.

“It’s funny no one’s picked up on the Stephen Miller connection,” Spencer told Mother Jones. “I knew him very well when I was at Duke. But I am kind of glad no one’s talked about this because I don’t want to harm Trump.”

Spencer also told The Daily Beast that he was a “mentor” to Miller. In response, Miller denounced Spencer and said he never had any relationship with him whatsoever.

“I condemn him,” Miller said, according to The Washington Post. “I condemn his views. I have no relationship with him. He was not my friend.”

Loading more stories
wpDiscuz
1
0
Would love your thoughts, please comment.x
()
x
| Reply
Stephen Miller is a senior advisor to President Donald Trump. He was quite politically active during his years at Santa Monica High School and Duke University.