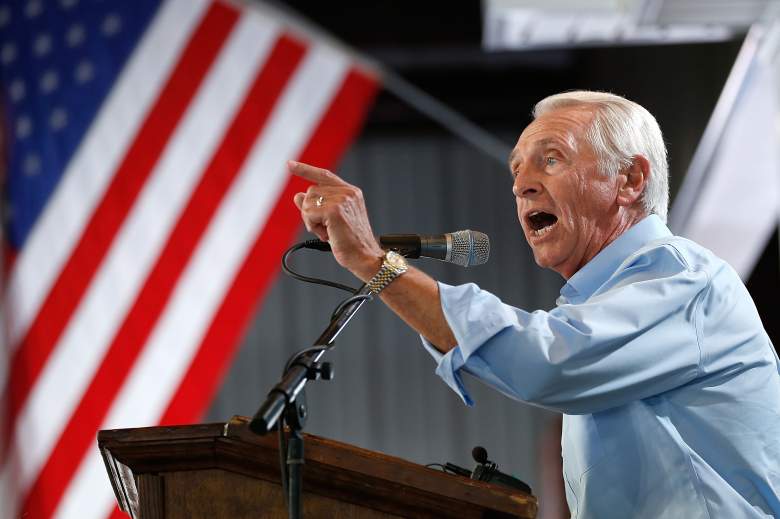 Steve Beshear, the former governor of Kentucky, will deliver the Democratic response to Donald Trump’s address to Congress on Tuesday.

Trump’s address is not technically a State of the Union, as presidents don’t deliver State of the Union addresses during their first year in office. But in late January, House Speaker Paul Ryan invited Trump to deliver a speech to a joint session of Congress in late February, and Trump accepted. As with a standard State of the Union, there will be a response from the minority party.

Here’s what you need to know about Steve Beshear, the man who will respond to President Trump’s Congressional address. 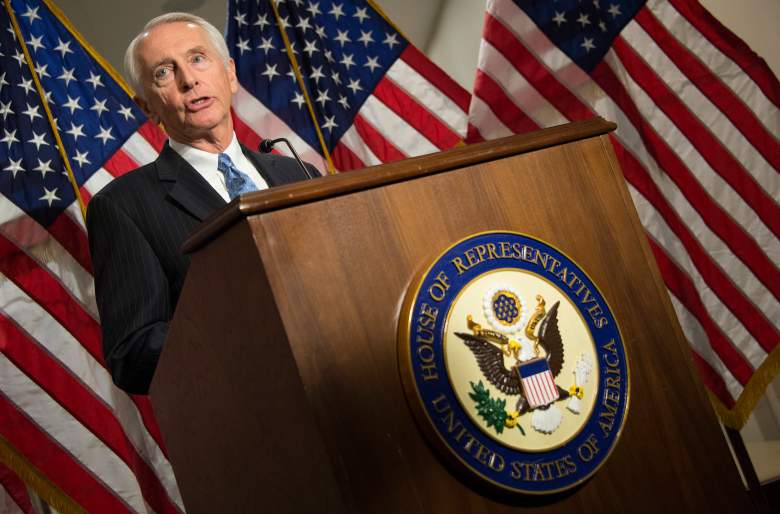 Steve Beshear speaks during a press conference after a closed joint whip and caucus meeting on the Affordable Care Act on Capitol Hill in Washington, DC, December 5, 2013. (Getty)

Steve Beshear served as the 61st governor of Kentucky from 2008 through 2016.

In the 2007 election, Beshear challenged incumbent Republican governor Ernie Fletcher, whose administration had recently been investigated for unfair hiring practices. Fifteen members of Fletcher’s administration were indicted, as was Fletcher himself. In 2006, the investigation ended with an agreement between the attorney general and the governor whereby Fletcher admitted wrongdoing. The whole scandal caused Governor Fletcher’s approval rating to tank and made room for Beshear to pick up the victory.

During the 2011 election, Beshear was challenged by Republican David Williams, but Beshear was re-elected with 56 percent of the vote. He was not eligible to run for re-election in 2015, as Kentucky has term limits on its governors, and he was replaced by Republican Matt Bevin.

2. He is a Strong Supporter of Obamacare & Expanded Medicare in Kentucky 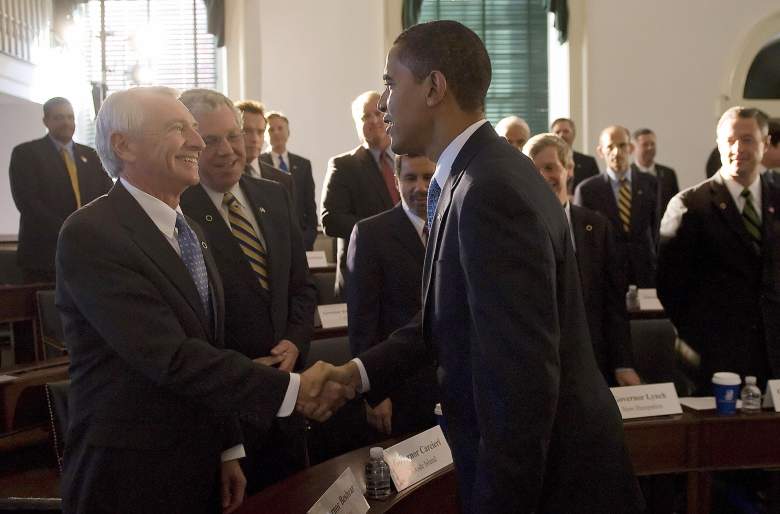 As governor of Kentucky, Steve Beshear was a strong supporter of Obamacare, and he dramatically expanded Medicare in the state. He also supported the creation of a state-run exchange, Kynect.

Kynect was rather successful, and Kentucky was often held up by Democrats as an example of the success of the Affordable Care Act. According to the New York Times, by the end of the first month of the Kynect enrollment period, more than 5,000 people had signed up. More than 21,000 people had also enrolled in Medicare by that point. Within two years, Kentucky’s uninsured rate fell from 20 percent to six percent, according to Bloomberg.

In the 2015 election, Republican Matt Bevin campaigned largely on the promise to completely dismantle Kynect and kill the state’s Medicare expansion. He won with 52 percent of the vote, and starting in the fall of 2016, Kentuckians who were enrolled in Kynect had to re-enroll through the federal Affordable Care Act website. However, Bevin did not actually kill the Medicare expansion.

Picking Steve Beshear to deliver the Democratic response to Trump is symbolic of the Democrats’ attempt to rally behind Obamacare and embrace its growing popularity. 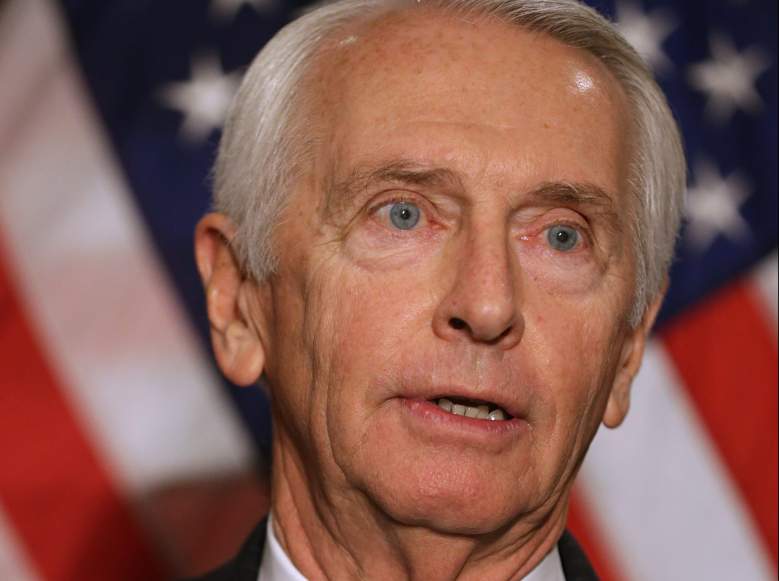 Steve Beshear breaks with the rest of his party when it comes to LGBT issues, as he is an opponent of same-sex marriage.

In 2015, Beshear filed a brief with the Supreme Court defending the state’s ban on same-sex marriage, saying it is not discriminatory, according to the Huffington Post.

Same-sex marriage remained illegal in Kentucky until the 2015 Supreme Court case of Obergefell v. Hodges, which legalized same-sex marriage nationwide. After this court ruling, Beshear said that Kentucky would immediately comply with the ruling. 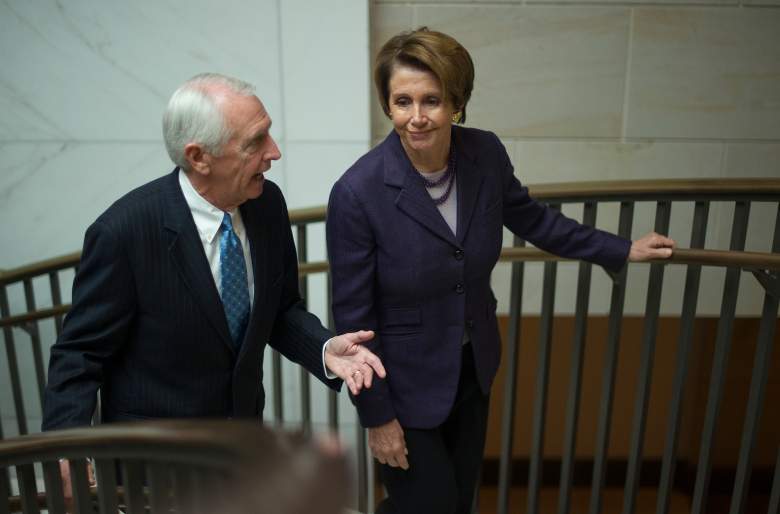 Beshear tried to paint McConnell as someone who wanted to cut health care benefits, while McConnell used Beshear’s membership in an exclusive fox-hunting club as evidence that he was out of touch with ordinary Americans, according to The New York Times.

In the end, McConnell defeated Beshear by 12 percentage points.

John David Dyche’s 2009 biography about Mitch McConnell later said that Beshear had “no illusions about his chance of success, but for the sake of his party, and hoping to ride the coattails of President Clinton’s likely re-election, he got in the race,” according to the Lexington Herald Leader. Beshear said that this characterization was fairly accurate. 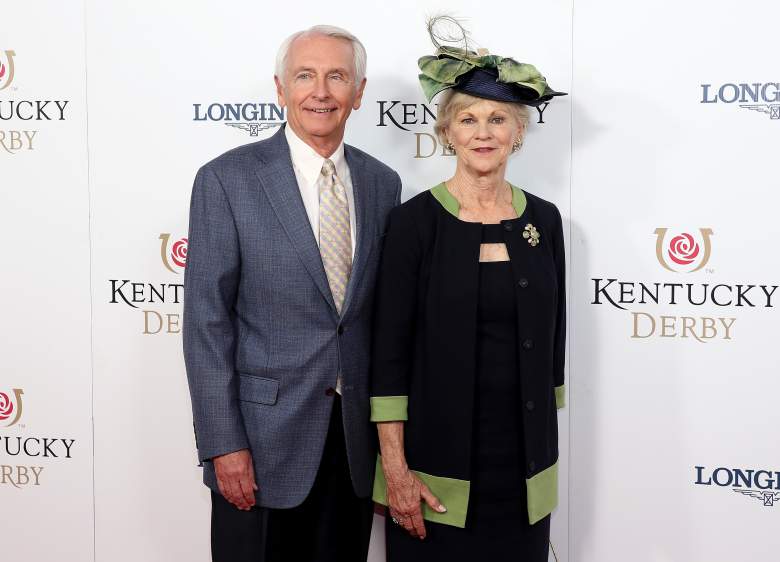 Steve Beshear and Jane Beshear attend the 141st Kentucky Derby at Churchill Downs on May 2, 2015 in Louisville, Kentucky. (Getty)

Steve Beshear married his wife Jane shortly after graduating from the University of Kentucky College of Law.

Jane Beshear is from Bowling Green, Kentucky, and as the state’s first lady she advocated for education and women’s health, according to the Bowling Green Daily News. She helped promote her husband’s education initiative, Transforming Education in Kentucky. Jane herself is a former teacher at Woodford County High School.

Steve and Jane Beshear have two children: Jeffery Scott Beshear and Andrew Graham Beshear. Andrew Graham Beshear is the current attorney general of the state of Kentucky, and in April 2016, he sued Matt Bevin, his father’s successor, for his cutting of the budgets of public colleges without approval from the state legislature. The Kentucky Supreme Court ruled in favor of Beshear, saying that Bevin did not have the authority to make these cuts, according to WKYT.