A major break was made in the 2005 disappearance of Tara Grinstead on February 23.

The Georgia Bureau of Investigation said at a press conference that they have arrested and charged Ryan Alexander Duke in the murder of Grinstead.

GBI officials said during the press conference that a series of interviews with subjects that hadn’t been pursued by police in the case’s 11 years led to connecting Duke to Grinstead’s disappearance.

A warrant that was issued says that Duke burglarized Grinstead’s home and used his hands to cause serious bodily harm. According the affidavit, Duke is accused of “removing the body of Tara Grinstead from her home and concealing her death.”

Ryan Alexander Duke accused of removing body of #TaraGrinstead from her home and concealing her death. pic.twitter.com/MYpTcKtLrD

The arrest comes over 11 years after Grinstead was first reported missing from Ocilla, Georgia.

Here’s what you need to know about Grinstead’s disappearance:

Grinstead was reported missing October 22, 2005 from her home in Ocilla, in southern Gerogia. Foul play had been suspected, but there was a lack of evidence to tie anyone immediately to the disappearance.

According to investigators, Grinstead had attended a beauty pageant and a barbecue one day before, and never showed up for work the next day. This led to her co-workers growing concerned, and they called police and asked them to check on her well-being.

When police arrived at the scene, they found Grinstead’s cell phone and her car in the driveway. The home was locked and the car was unlocked, but her keys and purse were gone. Investigators found $100 in the console of her car and clay on the tires. Her phone was left charging in her bedroom, and both her dog and cat were in the house, Macon.com reported. An investigation found no noticeable signs of forced entry or a struggle.

For years, the GBI has continuously investigated the case, but had come up empty with any leads or likely suspects.

2. Grinstead Was a High School Teacher

#BREAKING GBI says a man has been arrested for the murder of Tara Grinstead.#fox5atl pic.twitter.com/zA9uigWrMV

Grinstead taught at Irwin County High School in Ocilla beginning in 1998. She graduated from Middle Georgia College and later earned her master’s degree in education from Valdosta State University.

Police said that the main suspect in the case, Duke, had graduated high school three years before her disappearance in 2002.

Where is Tara Grinstead? TUNE IN to #FoxNews tonight at 9p ET for “@Greta Investigates: Vanished Without a Trace.” pic.twitter.com/4rHsTGJ2I7

Though the GBI had interviewed numerous people as they seeked information to Grinstead’s disappearance, her body had never been located, which made it even more difficult to find a suspect.

During the press conference February 23, GBI officials would not say if Grinstead’s body had been found, and there is not yet a motive or word on the cause of Grinstead’s death.

4. She Was a Beauty Queen

Grinstead had a history in beauty pageants and enjoyed attending them and mentoring young contestants. She won the title of “Miss Tifton” in 1999 and competed in the Miss Georgia pageant later.

Her winnings from beauty pageants reportedly helped her pay for college so she could fulfill her dream of becoming a teacher.

According to a 2008 report by CNN, Grinstead’s boyfriend of six years “left her broken-hearted” one year before, and she came back to Ocilla just weeks before her reported disappearance. The article said that her ex was “dating a much younger woman, but continued to call Grinstead.”

5. Her Disappearance Led to Much Media Attention

In 2008, CBS News show “48 Hours” featured Grinstead’s story and the mystery behind the case in a mystery-type documentary. A podcast was created in 2016 by documentary film maker Payne Lindsey. It’s titled Up and Vanished and was set to have 18 episodes that would interview members of the community, as well as Grinstead’s friends and family members. 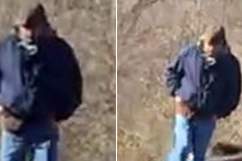 Read More
5 Fast Facts, Crime
The Georgia Bureau of Investigation announced February 23 that Ryan Alexander Duke has been arrested in the 2005 murder of teacher Tara Grinstead.