President Donald Trump finally spoke out against anti-semitism on Tuesday during brief remarks at the National Museum of African American History in Washington D.C. He said that that growing threats to Jewish communities in the U.S. are “a sad reminder of the work that still must be done to root out hate.” The Anne Frank Center for Mutual Respect later issued a statement, comparing Trump’s comments to a “band-aid for cancer.”

Trump’s comments come after the president had two opportunities to denounce anti-semitism last week, but failed to do so. When an Israeli journalist asked Trump about the threats during his joint press conference with Israeli Prime Minister Benjamin Netanyahu, Trump talked about his electoral college votes and how his daughter Ivanka converted to Judaism. Then during his press conference the following day, he told a Jewish reporter to sit down and said he was the “least anti-semitic person.” 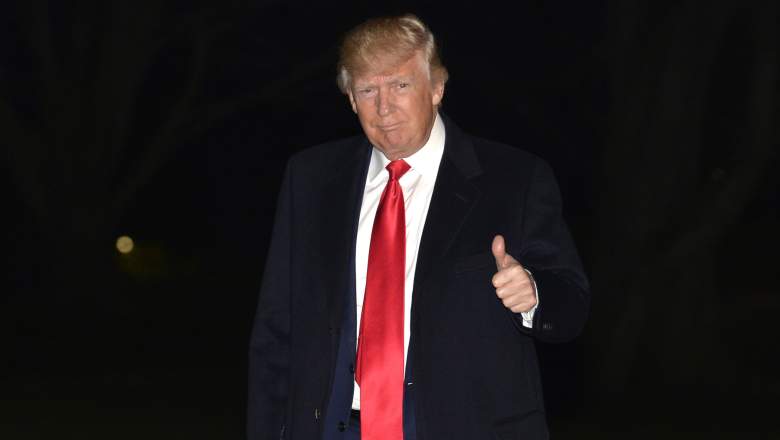 On Tuesday, Trump was more forceful on the issue. “I think it’s terrible,” Trump said. “I think it’s horrible. Whether it’s anti-Semitism or racism or any — anything you wanna think about having to do with the divide. Anti-Semitism is, likewise, it’s just terrible.”

Earlier, he told NBC News, “Anti-Semitism is horrible. And it’s gonna stop and it has to stop.”

Trump’s comments came after a new wave of bomb threats to Jewish community centers throughout the country. The FBI told NBC News that it is investigating. There was also vandalism at a St. Louis Jewish cemetery on Monday as well.

The Anne Frank Center for Mutual Respect compared Trump’s acknowledgement of anti-semitism now “like a band-aid for cancer.” Here’s the complete statement:

“The President’s sudden acknowledgement is a Band-Aid on the cancer of Antisemitism that has infected his own Administration. His statement today is a pathetic asterisk of condescension after weeks in which he and his staff have committed grotesque acts and omissions reflecting Antisemitism, yet day after day have refused to apologize and correct the record. Make no mistake: The Antisemitism coming out of this Administration is the worst we have ever seen from any Administration. The White House repeatedly refused to mention Jews in its Holocaust remembrance, and had the audacity to take offense when the world pointed out the ramifications of Holocaust denial. And it was only yesterday, President’s Day, that Jewish Community Centers across the nation received bomb threats, and the President said absolutely nothing. When President Trump responds to Antisemitism proactively and in real time, and without pleas and pressure, that’s when we’ll be able to say this President has turned a corner. This is not that moment.”

The president had been criticized for not speaking out against anti-semitism before, including his former rival, Hillary Clinton.

JCC threats, cemetery desecration & online attacks are so troubling & they need to be stopped. Everyone must speak out, starting w/ @POTUS.

Even Trump’s daughter Ivanka was more forceful on the issue than Trump before today’s speech.

America is a nation built on the principle of religious tolerance. We must protect our houses of worship & religious centers. #JCC

Read More
Donald Trump, Politics
Donald Trump commented on the growing rise in anti-Semitic threats to the Jewish community while at the National Museum of African American History.