WARNING: THE FOLLOWING VIDEO MAY BE DISTURBING

On February 6, 18-year-old Curtis Deal was released on bail after his third arrest in 2017. A day later at around 3 p.m., he was fatally shot by police. On February 9, Baltimore police released the graphic video, showing Detective Daivd Kincaid Jr., a five-year veteran of the force, shooting Deal.

During a press conference on February 8, Baltimore police said that Deal jumped out of a car and was pursued by police. However, the footage doesn’t start until after Deal is already being chased by Kincaid.

The video does show Deal holding a gun and turning back to aim it at Kincaid.

“Mr. Deal pointed a loaded gun at a Baltimore police officer, period,” Police Commissioner Kevin Davis said, WBALTV reports. “These police officers chased a bad guy with a gun, and that takes bravery and courage, and it takes a commitment and dedication that I’m proud of, and I think our community should be proud of as well.”

Police said Kincaid fired seven shots, four of which did strike Deal. Deal did not fire his weapon.

On February 2, he was arrested for a handgun violation and allegedly carrying 660 gelcaps of heroin. Police said the assistant state’s attorney asked that Deal be held without bail, but the judge granted him $250,000 bail, with a curfew, and he was released on February 6.

“Given the connection of violence and drugs and guns and the enormous amount of drugs that were being sold here, while he’s out on bail for guns, the state thinks he poses a continuing and extreme risk to public safety,” Assistant State’s Attorney David Chiu argued during the hearing. 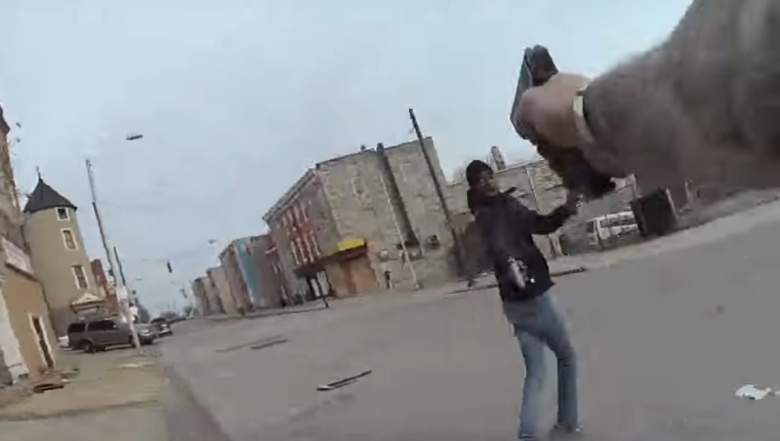 “It shows dysfunction, I believe, in our criminal justice system,” Baltimore Mayor Catherine Pugh told the Baltimore Sun. “People who have those many gun charges probably should not be on our streets.”

Police are still searching for the person who drove the car Deal was seen jumping out of. Kincaid was put on administrative leave.

The Baltimore Sun did contact an aunt of Deal’s, but she said the family had not prepared a statement. His attorney also did not comment. However, during the hearing on Monday, his attorney told Taylor that Deal wanted to attend Army to study engineering. He was a basketball player at Digital Harbor High School. 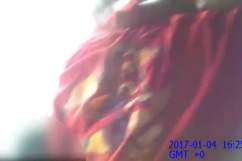 Read More
Baltimore, Maryland, News, Police
Baltimore police have released graphic body camera footage of the fatal shooting of 18-year-old Curtis Deal while he was out on bail.