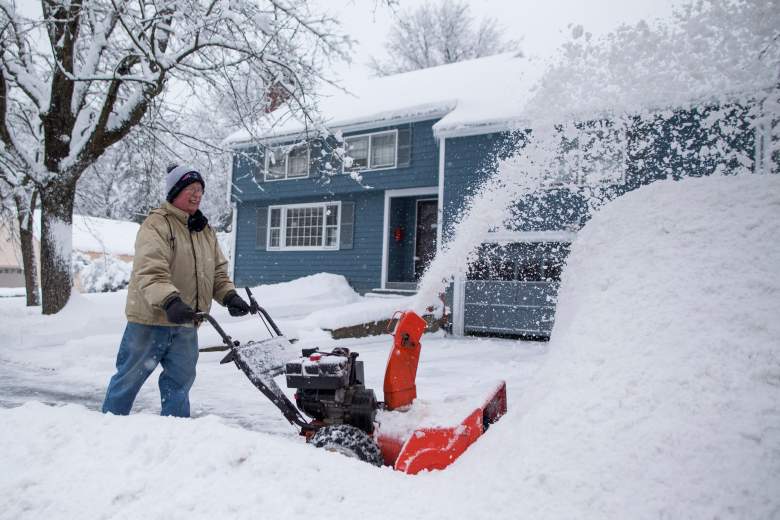 A man uses a snowblower to clear his driveway during a snow storm February 13 in Lynnfield, Massachusetts. Another winter storm brought heavy snow and wind to the region. (Getty)

Winter Storm Orson blanketed many parts of the Northeast with over 1 foot of snow to start the week.

We just had a report of 21" from Millinocket. Very light and fluffy snow, easy to blow around and cause near white out conditions. #mewx

Orson picked up speed Monday morning and made for a snowy start to the week. The Weather Channel reported that as of Monday afternoon, snow totals in Boston touched 3 inches in the downtown area and over 6 inches accumulated in the metro area.

[6a] Latest map of snowfall reports. Higher amounts N of the MA-Pike of @ 6-10"; amazing the gradient in the Boston-metro pic.twitter.com/jfB9GkjsT6

In Albany, Orson didn’t deliver as much winter weather as first was anticipated. As of Noon on February 13, the city reported just over 7.5 inches during the storm.

Snow and ice affected parts of upstate New York and made for lackluster commutes for travelers. The wintry conditions mixed with extremely high winds (40-55 miles per hour) made the conditions outside treacherous due to low visibility and slippery roads.

Because of Orson, the National Weather Service issued coastal flooding advisories across eastern Massachusetts. Many schools and businesses in the affected areas closed Monday, and many events Monday were canceled.

CLOSED MONDAY: All our Clubs will be closed due to the storm. Stay safe + warm! See you Tuesday. #Orson #Maine

Orson is the second blizzard in a matter of days for the Northeast. On February 9, Winter Storm Niko brought massive amounts of snow to Connecticut, with some areas reporting as much as 17 inches. Parts of Boston and New York City were hit by Niko as well, with more than 2,700 flights being canceled in the region because of the storm. 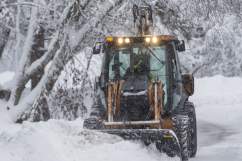 Winter Storm Orson: The Photos You Need to See

Loading more stories
wpDiscuz
0
0
Would love your thoughts, please comment.x
()
x
| Reply
Fresh off of Winter Storm Niko, the Northeast will be blanketed once again when Winter Storm Orson hits. See how much snow is expected from the storm.