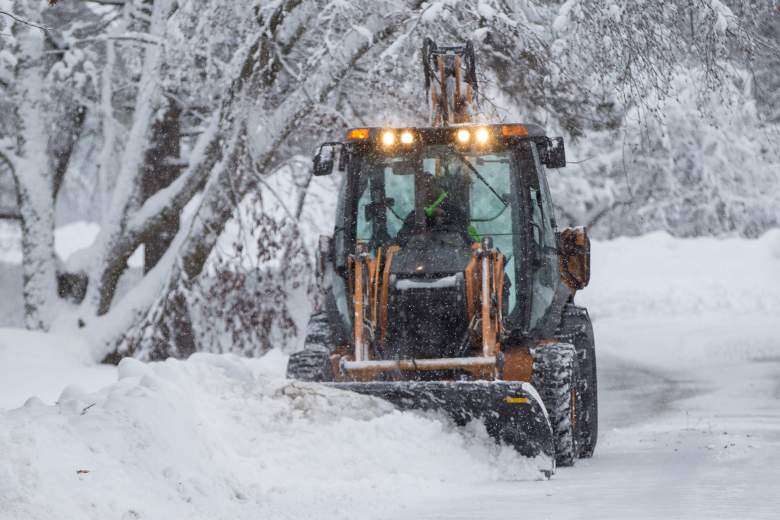 A snow plow works to widen a street during a snow storm February 13 in Lynnfield, Massachusetts. Another winter storm brought heavy snow and wind to the region. (Getty)

The mix of snow, ice and strong gusts of winds made travel around the area treacherous, and many schools and businesses closed as a result.

Here are the pictures and videos from the winter storm that you need to see:

The blowing and drifting of snow caused low visibility in affected areas, and motorists were urged to stay home.

Snow From Orson Came Down Early

The snow began early in the afternoon in New York on February 12.

Thoroughly enjoying being snowed in today. Thanks winter storm #Orson!

Bangor Had About 3 Inches At Midnight

The snow accumulation in Bangor, Maine was 2.7 inches at Midnight, the National Weather Service reported.

A car crashed into a snowplow in New York

The New York Thruway Authority issued a plea on Twitter for motorists driving through Orson to take it easy and be careful on the roads. The accompanying picture showed a car crashing into the back of a snowplow.

Winter Storm #Orson – Please take it slow and #DontCrowdThePlow! This accident occurred earlier this morning on I-87 just north of #NYC. pic.twitter.com/4mTSHOALBL

A Twitter user posted an image showing that Orson had already brought 7.5 inches of snow.

The Weather Channel reporter Raegan Medgie was in Albany to cover Orson and caught its beginning.

Worst of #orson stopping at 3am! @weatherchannel live until 10pm in Downtown Albany. 8-12 inches expected…we're getting there! pic.twitter.com/dJOmrHum0t 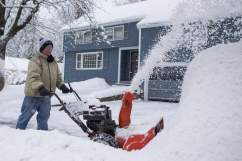 Loading more stories
wpDiscuz
0
0
Would love your thoughts, please comment.x
()
x
| Reply
A few days after shoveling out from a blizzard, Winter Storm Orson will blanket the Northeast and bring over 1 foot of snow in some areas.