The Twitter page of an accused high-priced college prostitute includes a profile photo of her posing cozily with President Bill Clinton. Bill is wearing a Hillary campaign pin on his lapel as he smiles beside Acacia Friedman.

Friedman was arrested March 29 alongside Samara Charlotin, 19, and Maury Noun, 21, in a prostitution sting that took place in a hotel in Coral Gables, Florida, just outside of Miami. Since her arrest, Friedman has deleted her Twitter profile.

It’s unclear when exactly the Clinton photo was taken. It’s reasonable to assume it happened during Hillary Clinton’s presidential campaign between August 2015 and November 2016. In the lead-up to election day, Bill Clinton made numerous trips to Florida in support of his wife’s campaign.

In January 2016, Friedman tweeted to a group organizing the Republican nominee debate at the University of Miami inquiring about tickets.

Friedman is originally from San Diego and is a graduate of the Notre Dame Academy for Girls. She is a student at the University of Miami as is Maury Noun. The trio was busted after allegedly agreeing a $5,000 fee with an undercover Coral Gables cop in exchange for sex with the two girls.

ABC Miami reports that it was Friedman who interacted with the undercover officer. She allegedly told the officer that the $5,000 was just so the trio could “hang out.” The Miami Herald, quoting from the criminal complaint, reports, “They both discussed sexual intercourse ‘going all the way’ without a condom.”

In addition to the prostitution, the trio was also accused of drug possession after they were found to be in possession of marijuana and oxycontin. 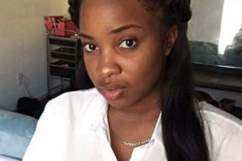