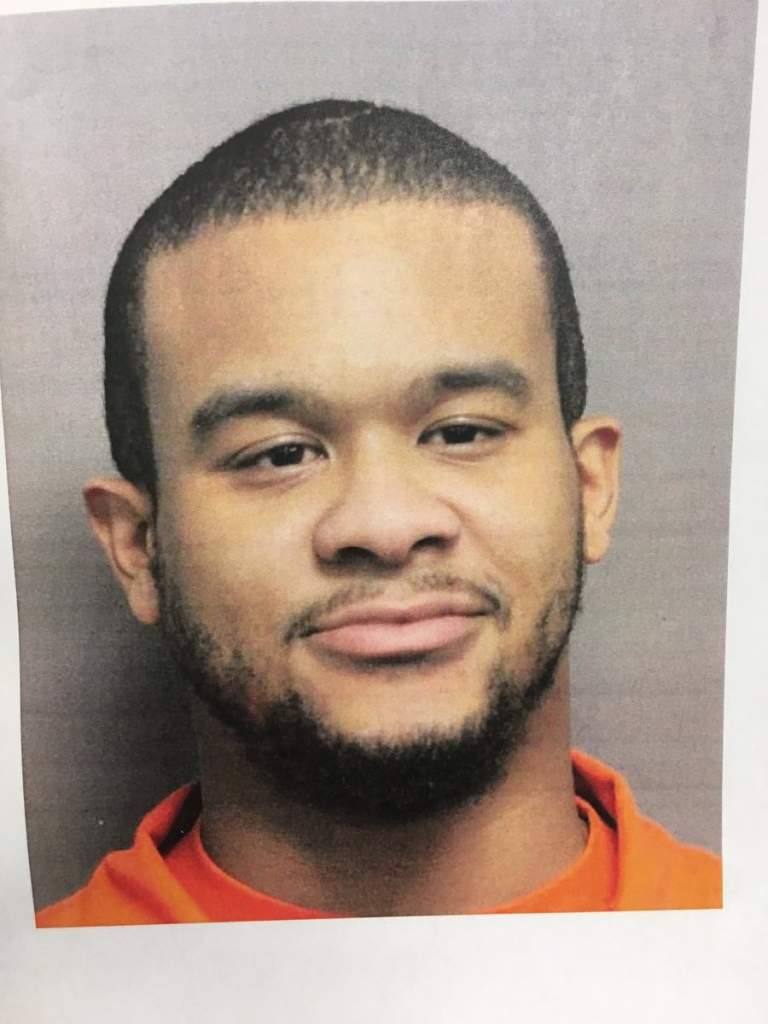 Armande Tart is accused of murdering four people and injuring a fifth in Metairie, Louisiana, according to Fox 8 New Orleans.

The four people – all over age 30 – were found in two different apartments inside a complex in the Louisiana town. (Tart’s full name is Armande Stephen Tart).

The victims were identified as Kyle Turner, 40, LaPlace, and John Henry, 56, Rosemary Charles, 61, and Harold Frisard, 56, all of Metairie.

1. The First Victim Was Stabbed 40 Times & The Other Three Were Shot in the Head

According to Nola.com, Frisard was the first victim, and he was stabbed 40 times. Authorities say that Tart knew Frisard and sometimes stayed in his apartment, the newspaper reported.

Frisard was stabbed in the head and Turner was shot twice in the head in the brutal attack.

After stabbing Frisard to death, Tart is accused of going to another apartment in the building and shooting the other three victims in the head, according to the newspaper. A fifth victim, a woman, was also shot, but survived, and called 911.

The sheriff said “more than 50 deputies worked on this case, and tips from neighbors, along with DNA evidence, helped to tie Tart to the killings,” according to WGNO.

A WDSU reporter tweeted that the motive was drugs, according to authorities.

The sheriff told WGNO: “The life cycle of a dope dealer is not a real long life cycle,” Normand said. “People always have the desire to steal your money, steal your things. Depending on what kind of dope it is, you can cut that cocaine and you can begin to make huge multiples from a monetary standpoint. The more you sell, the more risk you have.”

According to the TV station, the sheriff said that Tart allegedly found out about drug activity in the neighboring apartment from staying with Frisard. WGNO reported that authorities believe the motive was steal a large amount of cocaine in second apartment.

4. Rosemary Charles Was Known as ‘Mama Rose’ & Took Care of the Elderly

According to Nola.com, Rosemary Charles was described by relatives as a kindly woman named “Mama Rose” who took care of the elderly.

The newspaper said she was a grandmother of two, and family members were baffled why anyone would want to harm her, quoting one of them as saying, “She’s always taking everybody in. Once you say her name, everybody knows her. The person she was, when she was in a room, she lit up the room.”

5. Tart Now Faces a String of Charges & Two of the Victims Have Significant Drug Histories

JPSO gives update on their investigation into the quadruple murder that occurred on Pasadena Ave in Metairie. pic.twitter.com/ZwPr8bSIQM

According to The Advocate, Henry and Turner “had significant criminal histories involving drug dealing, according to court records. Henry’s girlfriend, Rosemary Charles, had a minor drug conviction.”

Frisard was also “known for his drug habit,” the newspaper reported.