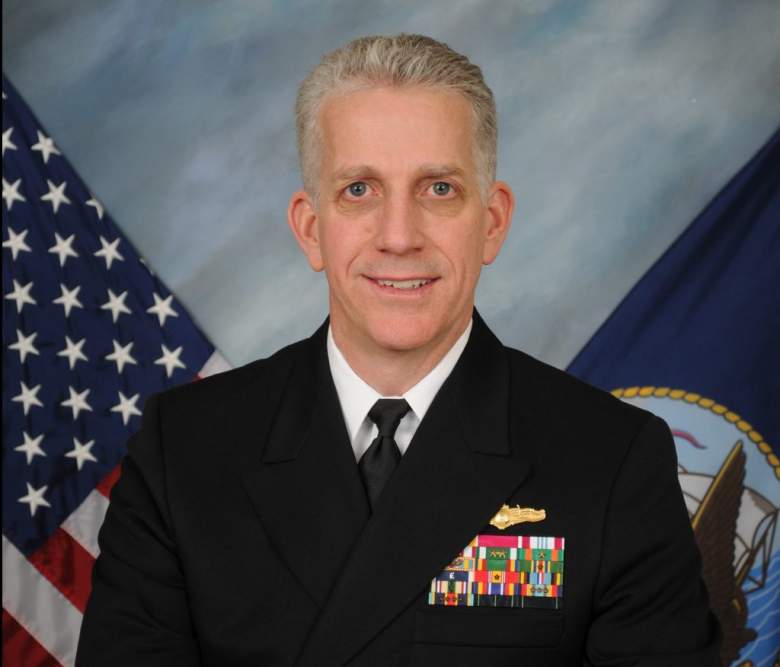 A decorated Navy admiral is at the center of new allegations in a bribery scandal that includes over 25 officers.

The Washington Post reported March 14 that retired Rear Adm. Bruce Loveless has been indicted in regard to corruption and other crimes in the “Fat Leonard” bribery case.

The other seven officials that were indicted March 14, according to documents acquired by The Washington Post, were three retired captains (David Lausman, Donald Hornbeck and David Newland), one active-duty captain (James Dolan), one active-duty commander (Stephen F. Shedd), a retired Marine colonel (Enrico de Guzman), and a retired chief warrant officer (Robert Gorsuch). The charges all stem with offenses from when they were assigned to the 7th Fleet in Japan.

Loveless, who served as the rear admiral for over 34 years, and the other officials are accused of taking large-scale bribes from a foreign company.

Here’s what you need to know about Loveless:

1. Loveless Is Accused of Taking Bribes In the Form of Gifts & Prostitutes

According to the report from The Washington Post, Loveless allegedly was one of the officials that took bribes “in the form of lavish gifts, prostitutes and luxury hotel stays courtesy of Leonard Glenn Francis, a Singapore-based defense contractor.”

Francis, who was Glenn Marine Group’s president and chairman, was the focus of a corruption scandal in September 2013 known as the “Fat Leonard scandal.” The investigation was named that because Francis is nearly 400 pounds.

The Navy reportedly became suspicious that some of the bills Francis submitted for payment were inflated. An investigation found that the company overcharged the Navy by over $20 million for goods and services. Francis’ role in the matter was that he allegedly recruited two moles in the Navy that would let him know when auditors were to probe the receipts, and paid out many bribes to officials.

The Washington Post report says that there were “page after page” of bribes that were given to Loveless and the other Navy officials. Those bribes include lavish gifts, such as $25,000 watches, $2,000 boxes of cigars and $2,000 bottles of alcohol. In addition, the indictment said that Francis “sponsored wild sex parties” for Navy officers on warships.

One example of the bribery was during a 2008 port visit to Manila, where some Navy officers went to a “raging multi-day party, with a rotating carousel of prostitutes” at a hotel, the indictment alleged. The party resulted in expenses of over $50,000, which Francis paid for.

The new indictment of the Navy officials brings the total number of people charged in the Fat Leonard investigation to 27 so far, but prosecutors told The Washington Post that “more than 200 people have come under scrutiny” and more charges are likely to come as a result. 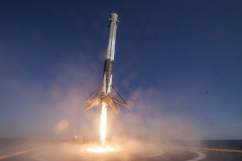 2. He Was Suspended of His Duties in 2013 for Corruption

Due to the investigation of the Fat Leonard scandal, the Navy temporarily relieved Loveless of his duties and his security clearance was to be suspended for three years. Vice Admiral Ted Branch was also suspended and had his security clearance taken away by the Navy. Branch served 37 years as the deputy chief of Naval operations and also spent time as the Navy’s chief of information officer, the director of Navy cybersecurity and the director of Naval intelligence.

The investigation on Branch involved a non-criminal accusation of innapprorpiate conduct when he accepted gift from Francis in 2005 when he was deployed to the western Pacific Ocean/Persian Gulf. Branch hasn’t been indicted as a result of the investigation, Daily Mail reported in 2016.

Branch called the loss of his security clearance “insulting” to Military.com.

The shortest version of the story is, it’s frustrating in the extreme. Probably the most important point is, I am not a danger to national security, nor have I ever been, nor will I ever be, and the idea that I would be is insulting.

3. Loveless Played a Big Role In Many High-Profile Assignments

Loveless has an extensive background in education and roles within the military.

When in the Navy, Loveless played a role in many high-profile assignments. Those include serving as the air intelligence officer for the Tactical Air Control Squadron 21 when it deployed into the Mediterranean Sea in USS Iwo Jima and serving as the staff intelligence officer for the U.S. Naval Forces Central Command and the U.S. 5th Fleet. He participated in Operations Desert Storm, Desert Strike, Southern Watch and United Shield. He also was in the Philippines for Operation Enduring Freedom.

One of Loveless’ more recent duties was to command the U.S. Pacific Command’s Joint Intelligence Operations Center in Pearl Harbor, Hawaii from 2009-2012.

4. Loveless Was the Recipient of Many Military Honors

In his time in the Navy, Loveless received many awards and decorations from the military.

In addition, Loveless has received other personal, campaign and unit awards, including the Edwin Layton Award for Leadership in Naval Intelligence.

Loveless has been a frequenter on board ships welcoming and assisting new Navy intelligence officers.

5. Ashore, Loveless Served At the Pentagon

On land, Loveless served at the Navy Operational Intelligence Center in Maryland and also with the Joint Chiefs of Staff and Director of Naval Intelligence at the Pentagon.

In February 2013, amidst the Fat Leonard investigation, Loveless was named the director of intelligence operations at the Pentagon. In the role, Loveless “presented current intelligence, situational awareness and long-term risk assessments to other high-ranking decision makers,” his LinkedIn profile said.