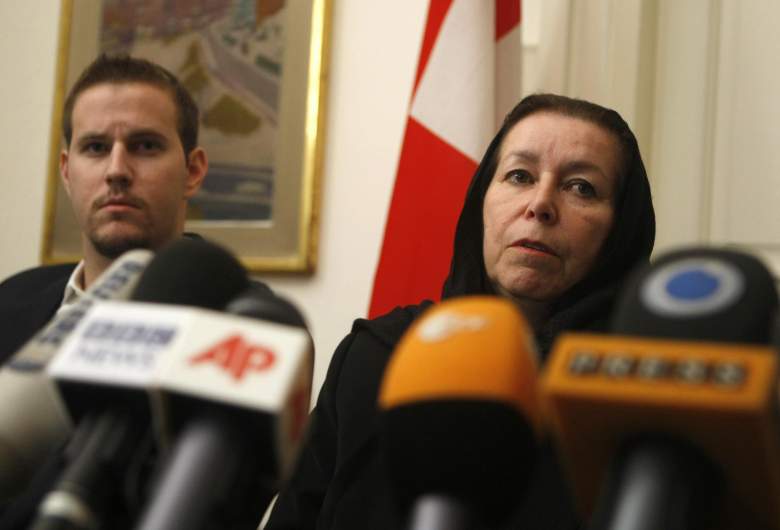 US Christine Levinson (R), the wife of ex-FBI agent Robert Levinson, and her son Daniel (L) hold a press conference at the Swiss embassy in Tehran, 22 December 2007. (Getty)

The wife of missing American Robert Levinson has never stopped seeking his return from Iran.

Christine Levinson fervently believes that her husband is still alive, although some officials think Levinson may have died in captivity, according to the Sun Sentinel.

Robert Levinson, if he is alive, is the longest held American hostage in U.S. history and would be 67. The White House released a statement on March 9, the 10th anniversary of Levinson’s disappearance, saying the Trump administration is “unwavering” in its commitment to bring Levinson home.

1. Christine Believes Robert Might be Alive & the Iranians Hold the Answers

According to The New York Times, in a March 7, 2017 report, the former FBI agent and part-time CIA contractor’s family believes he’s still alive, despite some evidence pointing to the contrary.

“Iran knows exactly what is going on with Bob,” Christine told the newspaper.

Levinson disappeared in 2007 from Kish Island, in Iran. In November 2010, Levinson’s hostage takers released a video showing him in captivity. In 2012, the FBI reported the government believed “Bob was alive and is concerned for his health” and said in 2011 the government received indications that Levinson was being held in Southwest Asia in the border region of Afghanistan, Iran and Pakistan.

NBC News Miami reported that Levinson was working on an “unauthorized” CIA mission in Iran.

Levinson’s son, Doug, wrote of his mother on Facebook, “My Momma, Christine Levinson, woke up every single weekday morning to make lunch bags (PB&J sandwiches) for all of her kids who were in school. She started in 1983 when my oldest sister Sue started kindergarten, and didn’t stop until May 2012 when I graduated from high school. Every school day for 29 years. She also gave birth to seven kids over a 16 year span, and raised each of my brothers and sisters into the good people we are today. Now that all her children are out of the house, she should be spending her time with the love of her life, enjoying the fruits of their labor. Instead, she has fought everyday for the past eight and a half years to rescue my father, Bob Levinson, who is currently the longest held hostage in American History, and get him back home to our family.”

2. The Levinson Family Has Sought an Audience With Trump & Is Pressuring the President to Find Levinson

In a statement on the 10th anniversary of Levinson’s disappearance, the White House said Levinson’s family had suffered “far too much during the last decade.” NBC Miami reports that Levinson’s family wants Trump to live up to a campaign promise to bring him home.

The State Department also released a statement, in which it said there is a $5 million reward for information leading to Levinson’s safe return.

The FBI says that Levinson “went missing during a business trip to Kish Island, Iran, on March 9, 2007. Levinson retired from the FBI in 1998 and worked as a private investigator following his retirement. Levinson traveled to Kish Island, Iran, on March 8, 2007, working on behalf of several large corporations, and his whereabouts, well-being and the circumstances surrounding his disappearance have been unknown since that time.”

However, it was later revealed he was a part-time CIA contractor.

The New York Times reported that in 2016, “when the United States and Iran exchanged prisoners, Secretary of State John Kerry announced that the Tehran government had also pledged to help in the search” for Levinson and “secretly informed the Obama administration that they had received intelligence that the remains of an American had been buried in Balochistan” in Pakistan. However, no remains were ever found in that spot.

3. Christine & Robert Levinson Have Seven Children Together & Robert Was a Former FBI Agent

According to CNN, the Levinsons have seven children. The Trump statement said they are also grandparents.

A post in 2015 on the HelpBobLevinson Facebook page said, “2,954 days of missing our rock, our amazing dad, Bob Levinson. Today, on Siblings Day, the bond among all of us Levinson children is unbreakable. We vow to remain stronger than ever and we resolve to bring our dad home as soon as humanly possible.”

That same year, another post read, “Today is Bob’s youngest grandson, Bobby (his namesake’s), first birthday. Bobby is a constant reminder of our father as he has our Dad’s piercing blue eyes and gentle demeanor. Our sister loves dressing him in blue shirts to highlight those eyes. just as our grandma did with our father. Many of our family and friends gathered today to celebrate Bobby’s birthday. We aren’t even sure if our dad knows of his birth, or that our sister got married two years ago to the love of her life. All we want is to know our father is safe and on his way home to us. That would be the best birthday gift of all.”

Robert Levinson was born in 1948 in Flushing, New York. According to CNN, while working as an FBI agent, he focused on Russian organized crime. After retiring in 1997, he worked as a private investigator and then became a contractor for the CIA, CNN reported.

4. The CIA Paid the Levinson Family $2 Million After Robert Vanished in Iran

CNN reported that the “CIA changed how analysts work with contractors as a result. And the agency paid $2.5 million to Levinson’s family” after he vanished.

The family has been outspoken in the news media over the years. 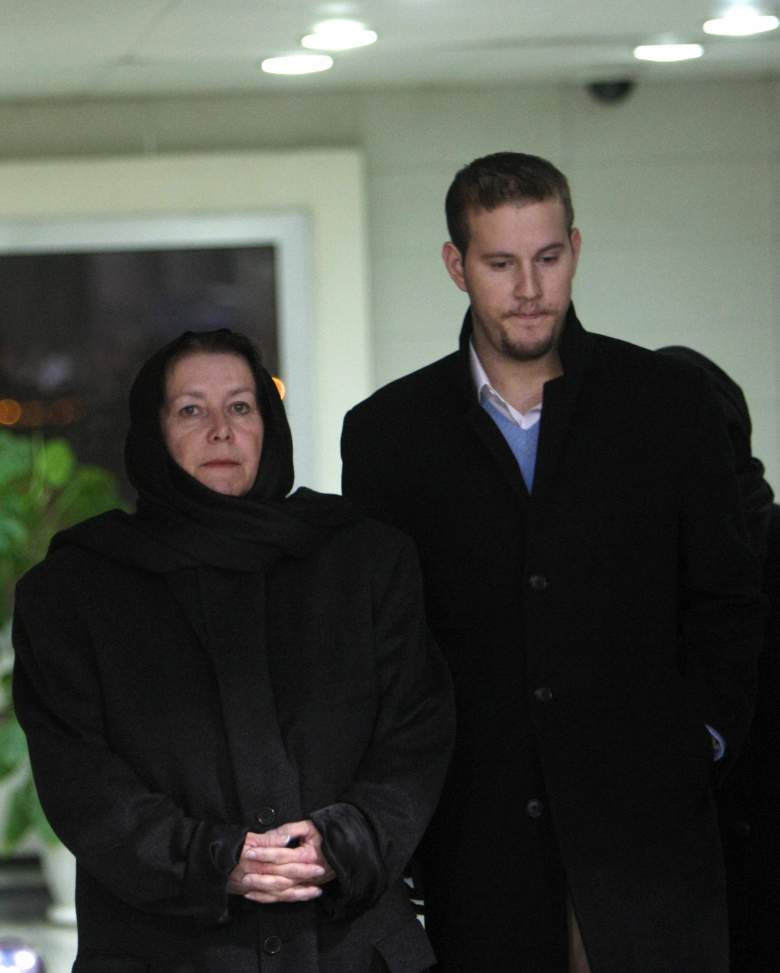 Christine Levinson (L), the wife of an ex-FBI American agent Robert Levinson who the United States says disappeared in Iran this year, arrives in Tehran’s Imam Khomeini airport, along with her son Daniel, late 18 December 2007. (Getty)

The Sun Sentinel reports that the Florida family has worked hard to learn what happened to Levinson.

“Christine Levinson has been aggressive in her quest to help her husband. She has traveled to Tehran to pass out fliers in Farsi with her husband’s photo. She hired an attorney there to file paperwork urging the government to start an official investigation,” the newspaper reported. Yet the family was left devastated when Bob was left out of a prisoner swap.

According to the family’s website, Find Bob Levinson, a working group on the disappearance says, “A witness provided his family with information regarding his arrest, which was later confirmed through additional proof that, among other things, he was alive. The family has conducted its own investigations and taken the appropriate and reasonable legal actions required in the Islamic Republic of Iran, albeit in vain, as the courts have not even addressed their motion.”

Loading more stories
wpDiscuz
0
0
Would love your thoughts, please comment.x
()
x
| Reply
Christine Levinson, the wife of Robert Levinson, missing in Iran, has never stopped trying to get the CIA contractor back. Donald Trump released a statement on the 10th anniversary of his disappearance.