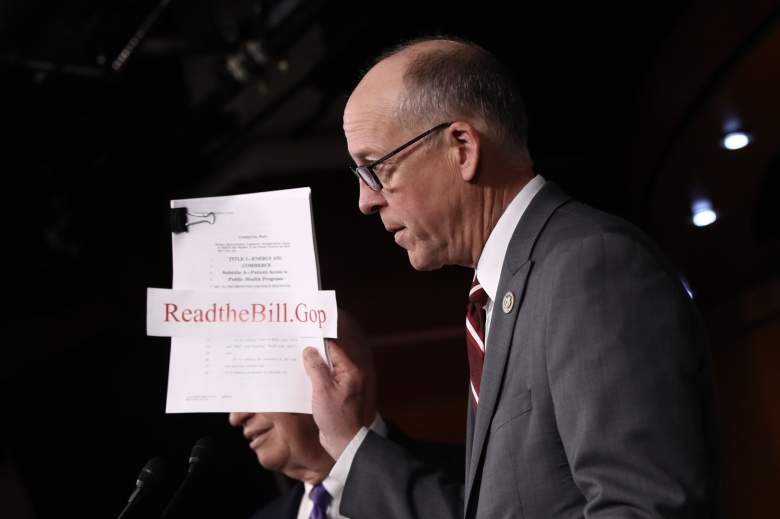 Greg Walden explains provisions of a Republican plan to replace the Affordable Care Act in a news conference at the U.S. Capitol March 7, 2017 in Washington, DC. (Getty)

House Republicans this week introduced their new health care law, and one of the architects is Congressman Greg Walden.

Walden is the representative of Oregon’s 2nd congressional district, and he is also the chair of the House Energy Committee. In a press conference on Tuesday, Walden said that Republicans’ plan will move the country in a “positive direction to rescue the individual insurance market.”

Here’s what you need to know about Congressman Greg Walden. 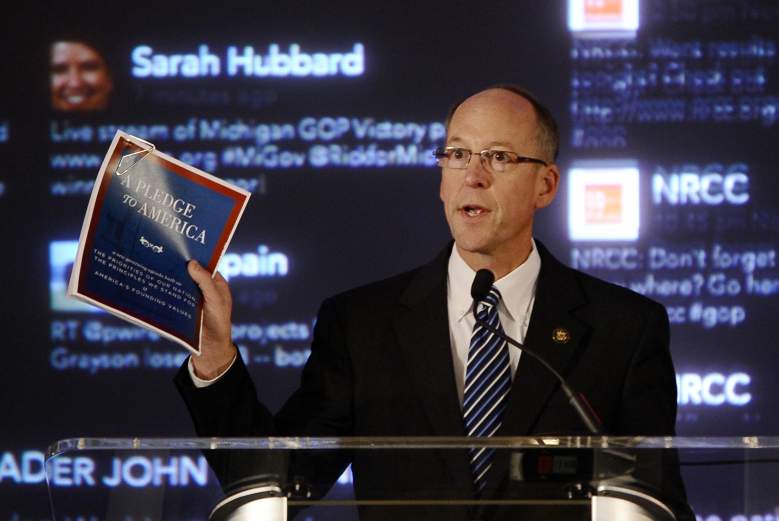 Greg Walden has been serving in his current position for 18 years.

He was elected to the House of Representatives in the 1998 election. That year, Congressman Bob Smith announced that he would not be seeking re-election. Greg Walden won in the Republican primary and went on to win 61 percent of the vote in the general election; his Democratic opponent, Kevin M. Campbell, only received 35 percent of the vote.

Walden has now been re-elected nine times. Of Oregon’s five House representatives, Walden is the only Republican. When he ran in the 1990s, conservatives attacked him as being too liberal, according to The New York Times.

“Times change,” Walden told The Times. “You get a terrorist attack. You have different administrations come and go. Culture changes. My bedrock principles have stayed the same. I favor more local decision-making and less Washington decision-making.”

2. He Has a Background in Journalism & His Father Owned a Radio Station 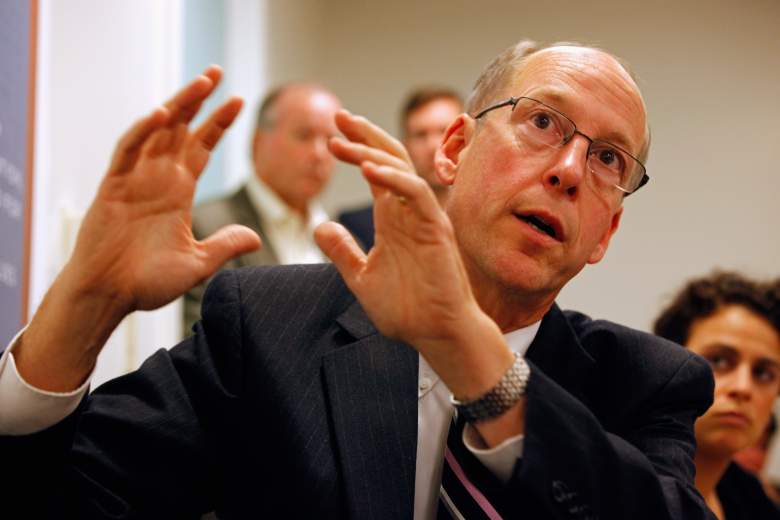 Greg Walden attended the University of Oregon, graduating in 1981 with a degree in journalism.

According to the Mail Tribune, Walden’s father owned and operated a radio station. In 1986, Greg bought the station from his father. However, Walden quickly became interested in politics, and after college, he worked for a number of Republican politicians who he met through his father; his dad had served in the Oregon House of Representatives during the 1970s.

In 1985, Walden became the press secretary and chief of staff of Denny Smith, who at the time was representing Oregon’s 2nd District; later, after some redistricting, Smith became the representative of the 5th district.

3. He Has Been Going After the Affordable Care Act for the Past Seven Years 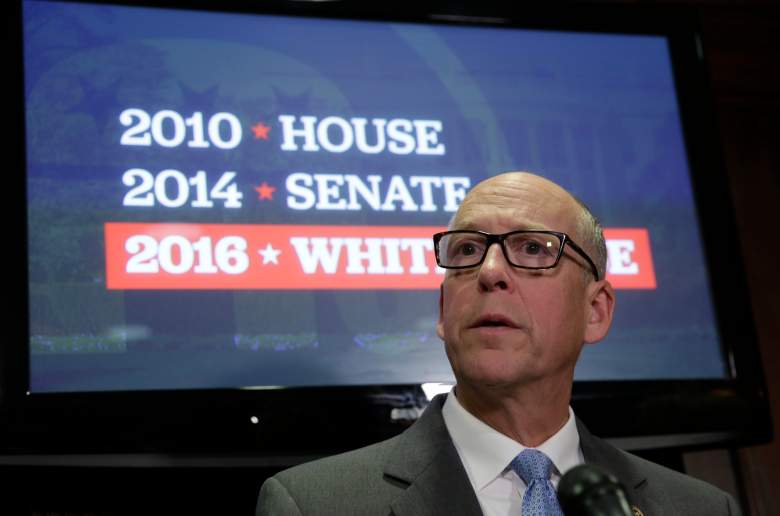 Greg Walden speaks at a news conference at the Republican National Committee (RNC) in Washington, DC, following a Trump victory on November 9, 2016. (Getty)

Congressman Greg Walden has been very consistent in his opposition to the Affordable Care Act over the past seven years.

Just a month after the Affordable Care Act was passed, Walden delivered a speech on the floor of the House of Representatives in which he was one of the first politicians to use the phrase “repeal and replace” to describe what needs to happen to Obamacare.

As chairman of the National Republican Congressional Committee, Walden also helped oversee a Republican victory in the 2014 midterms that was largely due to the unpopularity of Obamacare.

In 2011, Walden introduced the Repeal the Job-Killing Health Care Law Act, which would, as the name suggests, repeal the Affordable Care Act. The law was never actually expected to pass, as Democrats had control of the Senate at the time; rather, it was mainly a political statement.

4. He Endorsed Donald Trump for President in May 2016 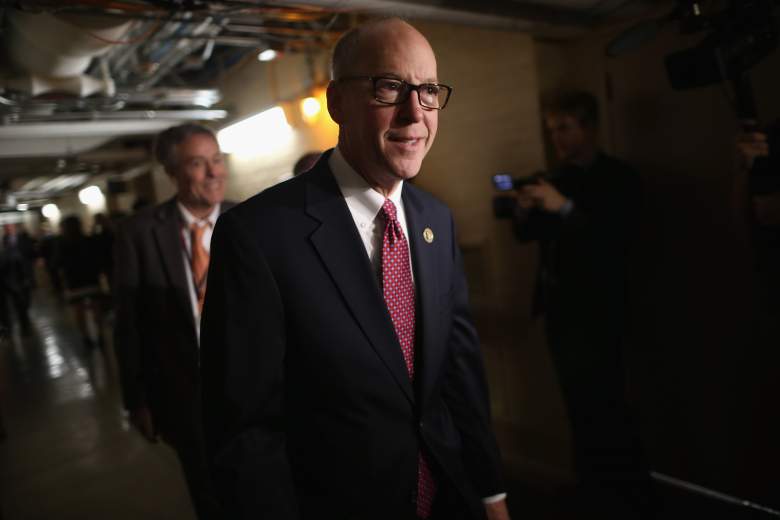 Greg Walden heads for House Republican caucus meeting in the basement of the U.S. Capitol October 9, 2015 in Washington, DC.(Getty)

“While I may disagree with the rhetoric Mr. Trump uses and some policy positions, he is the better option than Hillary Clinton in the White House,” Walden said in a statement at the time. “That’s why all along I’ve said I intend to support the GOP nominee.The last thing I want is to give the same Obama/Clinton/Sanders philosophy another four years in charge.”

In October 2016, when a tape was released on which Donald Trump talks about grabbing women by their genitals, Walden distanced himself from Trump a bit but did not withdraw his endorsement.

“Of course I condemn Mr. Trump’s comments on women,” Walden said in a statement at the time. “They were disrespectful and disgusting, and not representative of the Republican Party I grew up in and have worked hard to support and grow. While some aren’t surprised by his behavior, it’s clear he and he alone is responsible for his actions and statements. My focus continues to be on serving the people of southern, central, and eastern Oregon, and maintaining a Republican majority in the House so we can get the country on a better path.”

When Donald Trump introduced his travel ban at the end of January, Congressman Walden expressed support for it, although he said that he needed “additional clarity on the details.”

“The number one job of the President is to keep America safe,” Walden said in a statement at the time. “…”We need to make sure that extremists who seek to do us harm are not able to infiltrate a system designed for legitimate visitors, refugees, and immigrants.”

5. He Is Married to Mylene Walden 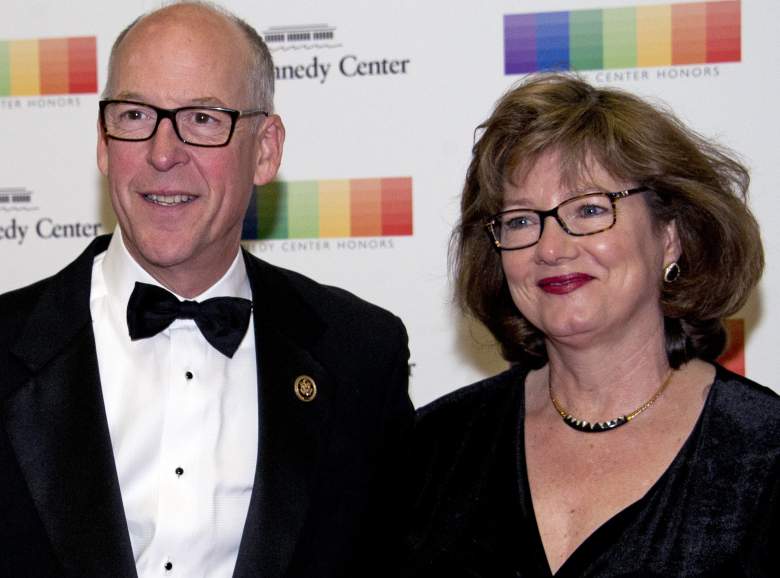 Greg Walden and his wife, Mylene, arrive for the formal Artist’s Dinner honoring the recipients of the 39th Annual Kennedy Center Honors hosted by United States Secretary of State John F. Kerry at the U.S. Department of State in Washington, D.C. on Saturday, December 3, 2016. (Getty Images)

Greg Walden has been married to his wife Mylene since 1982.

Mylene worked as a legislative aide for Denny Smith, the congressman for whom Greg was press secretary. In 1986, Greg and Mylene bought Greg’s father’s radio station together.

Walden was actually considering a run for governor of Oregon in 1994, but he decided against it when his wife learned that the boy she was expecting had a severe heart defect, according to the Mail Tribune. Greg and Mylene’s son died one day after birth.

Greg and Mylene later had another son, Anthony Walden.