Two 16-year-old boys are accused of shooting a classmate in Smithfield, Utah after she allegedly was texting and contacting on of them “too often” on the mobile messaging application Snapchat.

According to The Salt Lake Tribune, Deserae Turner, 14, was struck in the head by a bullet and left to die by the two boys in a canal nearby her school. The pair remains unnamed in reports due to their age.

The suspects are charged with attempted murder, aggravated robbery and obstructing justice. In interviews with police that were used as evidence in a preliminary hearing March 22, one of the boys complained to the other that Turner was “texting and Snapchatting him” too frequently, The Salt Lake Tribune reported.

Because of that, the two boys wanted her to stop communicating with them and and allegedly thought killing her would be best.

Turner survived the ordeal, but was put into a medically-induced coma at a Primary Children’s Hospital in Salt Lake City. When she was out of the coma, detectives interviewed a shocked Turner in her hospital bed in disbelief that those she once considered “friends” would do such a thing.

Here’s what you need to know about Turner and the case:

1. Turner Was Going to Buy a Knife From the Boys When They Shot Her

Reports say that Turner was getting bullied by the two boys, but agreed to meet up with them so they could sell her a knife. The three were to meet at a canal in Smithfield.

Interviews with police found that the pair had originally planned to kill Turner when they met a few days prior. They intended on slicing Turner’s throat with a knife and leaving the scene as she bled out. But one of the boys told authorities that he couldn’t follow through with the plan to slash Turner’s throat.

They allegedly did intend to follow through with her murder the next time, but brought a revolver with in case. When they deemed that the time was right, one of the teens allegedly shot her in her head.

In addition to shooting her, the two reportedly stole some belongings from Turner and broke her cell phone.

2. Turner Was Found by 2 Women Searching For Her

Turner was reported missing on social media on the evening when she was shot. People from the community banded together to search for her, and two women stumbled upon Turner in the canal.

When she met with the suspects to purchase the knife, she didn’t have any idea that one of the boys had a gun in his hand. The shooter allegedly walked up behind Turner, who was moving away from them and heading back home, and pointed the gun at the back of her head, firing the lone round.

Cache County Sheriff Deputy Brian Groves said in a court hearing March 22 that Turner had no clue what was about to transpire when she arrived at the canal to meet the two teens.

“She had no idea that was going to happen,” Groves said. “(The shooter) said it was the most merciful way.”

The pair of women that found her, Turner’s friends, were able to track her location using her phone information.

She was found bloodied and laying motionless, barely alive, in the canal by the women, and she was transported by paramedics to the hospital and placed into the coma. 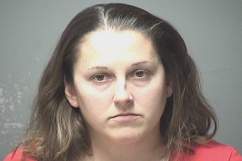 3. When She Came Out of Her Coma, Turner Was ‘Shocked’ to Learn What Happened

At a court hearing March 21, Smithfield Detective Brandon Muir testified and told the court about his interview with Turner once she came out of the coma.

Muir said that during the interview, which occurred March 10, Turner was surprised. Propped up in her hospital bed looking dazed, she reportedly asked him how she got into the hospital, and why? Instead of answering her question, Muir decided — along with a therapist — that her father should be the person to inform her that the two boys she once called her friends pulled the trigger on her and left her to die.

The Salt Lake Tribune reported that Turner was very surprised and “had a look of shock on her face.” The interview was captured on camera, and the courtroom was shown the footage inside as one of the first pieces of evidence displayed in the case against the boy that was the shooter.

Cache County Attorney James Swink said during the hearing that Turner should be commended for being able to answer questions after an incredibly traumatic experience, Fox 13 Salt Lake City reported.

“Today we provided some testimony from Deserae and obviously she is in a weakened state,” Swink said according to Fox 13. “She was brave to tell him what she remembered happening.”

The judge in the 1st District juvenile courtroom, Angela Fonnesbeck, said that the evidence shown by prosecutors during the preliminary hearing showed that there is “probable cause” for the case against him to move forward.

Next, a hearing will take place on May 8 for additional details, evidence and interviews to be reviewed. At that hearing, Fonnesbeck will decide whether the suspects will be charged as juveniles or adults in the case. 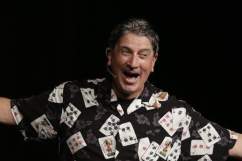 4. A Shell Casing From the Shooting Was Found In a Suspect’s Home

After Turner was located, authorities launched a full investigation into the matter. Shoe prints left in the mud led authorities to the teenage suspects, and their shoes were a match to the footprints.

They were arrested for their role in the shooting, and police found a shell casing that one of the suspects allegedly took “as a momento.” In addition, several of Turner’s belongings were reportedly found inside the home. The same suspect also wrote a letter to the Turner family expressing his sympathy for his actions.

5. A GoFundMe Page Was Set Up For the Turner Family

As Turner continues to battle for her life everyday, her community is with her. The incident has led to an outpouring of support from neighbors to the Turner family.

Following the shooting, a GoFundMe page was set up for the Turner family to assist in medical costs with a fundraising goal of $75,000.

Within one month, it’s eclipsed $50,000 and is approaching the goal. On the page, the Turner family released a statement saying that it’s a miracle that Deserae is still alive and is healing. It added that she remains fighting hard and has moved to the trauma unit in the hospital.

Through the blessings of our father in heaven Deserae is still with us and has made progress. We are so thankful for the hospital staff that have worked every minute of the last 19 days to keep Des alive and healing. Des is fighting so hard and we are grateful for the many small miracles along the way. Deserae has moved to the Neuro Trauma Unit. Her next steps include another surgery and extensive rehabilitation. Our sweet girl has been through so much as she battled for her life and this will be a battle she fights for a long time if not for the rest of her life. We are so grateful for all the support and prayers on Deserae’s behalf. We would like to thank our community and people all over the world for their prayers, love and support. We ask that you please continue to pray for her, our family and the other families associated with this tragedy.

A bullet remains lodged in Turner’s head as she continues the rehabilitation process.

Loading more stories
wpDiscuz
33
0
Would love your thoughts, please comment.x
()
x
| Reply
On February, Deserae Turner, 14, was shot by two teenage boys. Interviews allege that the boys shot her because she was messaging them too much on Snapchat.