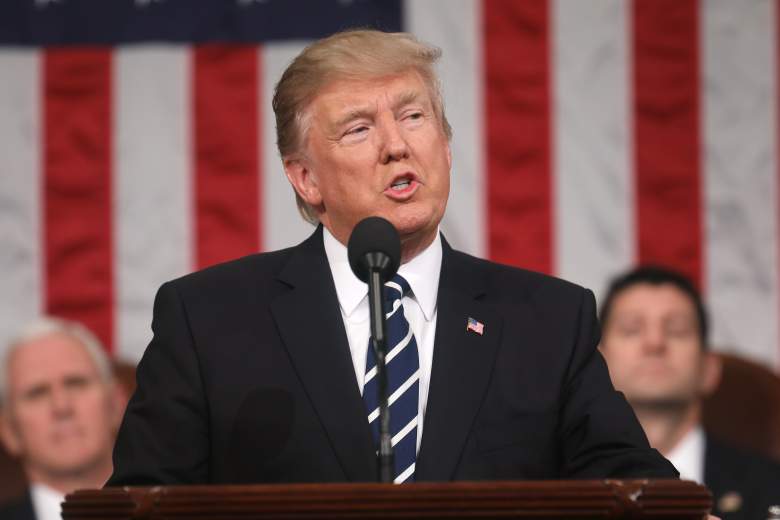 President Donald Trump addresses a joint session of the U.S. Congress on February 28, 2017 in the House chamber of the U.S. Capitol in Washington, DC. (Getty)

President Donald Trump delivered a speech to a joint session of Congress on Tuesday evening, and he received great reviews from Democrats and Republicans, who felt this was by far the most presidential address of Trump’s political career. So who wrote it?

Well, Vice President Mike Pence claimed on Wednesday morning that the speech was written by Trump and Trump alone, albeit with some help from his staff.

“This was all him, but clearly, to know the president’s leadership style, he leads by asking questions,” Pence told MSNBC on Wednesday morning. “And not just in the process of putting a speech together, but literally in leading an administration. You know, many voices, suggestions about things that could be in the speech, but at the end of the day, he was literally…he was literally rewriting this speech on the afternoon before he gave it.”

On Wednesday, Politico reported that Trump played an “active role”in crafting parts of the speech and that it was his idea to make the speech less aggressive than the one he delivered on his inauguration. However, Stephen Miller and Steve Bannon played a large role, and there were also contributions from Kellyanne Conway, Hope Hicks, Reince Priebus, Jared Kushner, Sean Spicer, Gary Cohn, and Vince Haley.

The administration later admitted that Trump did not write the speech after all. A White House official told The Wall Street Journal that the address was written by Stephen Miller and Steve Bannon, two of the president’s top advisers.

Trump’s address to Congress on Tuesday was quite different from his inauguration address, though. That January speech was quite dark, with Trump painting the United States as a hellscape and speaking of “American carnage.” The February 28th address, on the other hand, was much more optimistic, reportedly because Trump felt there should be a shift in tone.

On Twitter on Tuesday, much was made of the fact that the president could be seen rehearsing the address in a limousine on the way to the U.S. Capitol. This was taken by some as proof that Trump had not read the speech before that point. In reality, Politico is reporting that Trump spent much of Tuesday surrounded by stacks of papers and Sharpies, going over the address with Stephen Miller and Steve Bannon. Trump also reportedly practiced the full speech with a teleprompter twice on Tuesday.

Here's Trump practicing his speech in the back of his limo. pic.twitter.com/Q6z3C8o6fY

Read More
Breaking News, Donald Trump, Politics
Follow Heavy ↓
wpDiscuz
3
0
Would love your thoughts, please comment.x
()
x
| Reply
Who wrote President Donald Trump's speech to a joint session of Congress? The White House claims it was Trump himself, but are they telling the truth?