When you’re at the top, people want to tear you down.

This is a lesson that Drake has learned over the years, as the Canadian emcee has been forced to deal with the wrath of several of his peers. From perceived love interests to subliminal shots fired on record, Drake’s catalogue of rap feuds is one to nearly rival that of his collaborative history– often times, with those same names overlapping. And with the upcoming release of his playlist project More Life, we decided now would be a good time to revisit them.

Since this list is comprised of “rap” feuds, that does leave off performers like Diddy and Chris Brown— both of whom had personal altercations with Drake, and didn’t air out their beef on record. We are also excluding feuds that were made up of rumor than they were hard evidence, i.e. the alleged Eminem beef in 2013 that never really went anywhere. So, now that the ground rules have been laid down, let’s get our bulletproof vests on and begin.

Since they first collaborated on 2009’s “Off That,” Drake and Jay-Z have had a tentative relationship. The rap superstars have never overtly direct about their issues on record, but have spent the last six years airing them out through subliminal disses, shade-throwing interviews, and a general ambiguity as to whether they are friends or frienemies. Drake threatened to take the throne in 2011’s “I’m On One.” Jay threw shots back at him on his own instrumental with 2014’s “We Made It Freestyle,” and Drake responded with “Draft Day” later that year. It’s a back-and-forth the two have continued well into the present day, as Jay’s verse on “Shining” and Drake’s recent interview with DJ Semtex exemplifies.

When asked about Jay’s two-line cameo on his 2016 single “Pop Style,” Drake neglected to answer whether they had reconciled. According to him, the cameo was Kanye West’s idea, and the fact that Drake opted to go with a solo version of the song on his album suggests that he and Jay are still far from being cool. “I’ve expressed my admiration and respect for Jay countless times,” Drake told Beats 1 Radio, “[But] sometimes we just fall on opposite ends of the spectrum when it comes to the rap world.” Read more about their history here.

When Common first started beef with Drake in 2011, it was reportedly over the rapper’s perceived softness. This was the focus of the diss record “Sweet,” where Common dished out lines like “Some ho-a*s n*ggas/Singing all around me man, la la la/You ain’t motherf**kin’ Frank Sinatra.” Being that this was the first time Drake had been personally called out by another rapper, as he recounted to HipHopDX in 2013: “I reacted in a very poised way. First of all, I made sure it would run in the club because that’s more painful than anything. As opposed to just being on a blog, I wanted to be on a record that you would have to stand around and hear every night for a few months. That was my whole strategy going into that.”

Drake fired back at Common with a guest verse on Rick Ross‘ “Stay Schemin,” which became a street hit and all but swayed the feud in his favor. Common hopped on the same instrumental for a response, but with Drake lyrics like “It bothers me when the gods get to actin’ like the broads,” and “Back when if a ni**a reached it was for the weapon/ Nowadays ni**as reach just to sell they record,” the beef was over. Common later admitted to MTV that his words were partially inspired by Drake’s relationship with Serena Williams (whom Common had previously dated), but that didn’t stop the rap vet from taking an L.

Drake took The Weeknd under his wing in 2011, promoting the singer’s debut mixtape House of Balloons and giving him multiple guest spots on his Grammy winning album Take Care. Still, as time went on, The Weeknd (born Abel Tesfaye) felt slighted by the arrangement between him and Drake, saying that he was being stifled as an artist. “I gave up almost half of my album. It’s hard,” he told Rolling Stone, “I will always be thankful—if it wasn’t for the light he shined on me, who knows where I’d be. And everything happens for a reason. You never know what I would say if this success wasn’t in front of me now.”

Drake felt some of way about the artistic severing, and took subliminal shots at The Weeknd on his 2013 song “5AM In Toronto.” The line “Cause I show love, never get the same outta n—as/ It’s funny how money can make change outta n—as” was seen as a direct reference to The Weeknd, who responded with his own subliminals on the song “Sidewalks.” In a happy turn of events, however, it looks as though the two have squashed their beef and made up. The Weeknd is even set to appear on More Life.

It all started with a guest verse. Kendrick Lamar‘s scene-stealing turn on “Control” took the world by storm in 2013, as he called himself the King of both coasts and called out several rappers–Drake included– by name. The Canadian rapper was initially indifferent, but by the time he released “The Language” a few months later, it was obvious that he didn’t appreciate the name drop. “F–k any ni–a that’s talking sh-t just to get a reaction / f–k going platinum, I looked at my wrist and it’s already platinum,” he rapped. Lamar came even harder at the 2013 BET Cypher (watch below), where he mentions tucking a “sensitive rapper back in his pajama clothes.”

The feud caused a mass divide in the culture, as fans were forced to choose between the crossover appeal of Drake and the hardened lyricism of Kendrick Lamar. It wasn’t long before things settled down, however, as Drake buried the hatchet, despite what many thought was a subliminal attack from Lamar in the 2015 song “Darkside/Gone.” For right now, this epic battle lies dormant. As for who’s currently winning, we may have to give the nod to K. Dot on this one.

Drake’s feud with Meek Mill has been the most discussed of his entire career. The two emcees had a friendly relationship in the past, collaborating on songs like “Amen” and “R.I.C.O,” but Mill reportedly took offense when Drake didn’t promote his album Dreams Worth More Than Money (2015). Mill hopped on Twitter and caused a media firestorm when he claimed that Drake didn’t write his own raps, and instead relied on ghostwriter Quentin Miller: “If I woulda knew I woulda took it off my album….. I don’t trick my fans! Lol.” Drake didn’t appreciate the call out, and released the ominous, subliminal-laden diss record “Charged Up” not long after. It went over decently, but many felt that a strong rebuttle from Mill could sway things his way.

A week went by with no new Meek Mill, and Drake decided to follow up his jab with the verbal knockout that was “Back to Back.” It was obvious with lyrics like “Trigger fingers turn to Twitter fingers/You gettin’ bodied by a singin’ n*gga,” that Drizzy had all but solidified his victory. By the time Mill clapped back with the lukewarm “Wanna Know,” his rap tombstone was already etched. It’s no coincidence that his career has been one filled with beef and controversy ever since. 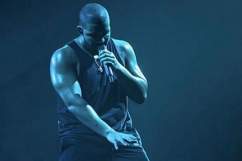 Loading more stories
wpDiscuz
1
0
Would love your thoughts, please comment.x
()
x
| Reply
To prepare for the release of "More Life," we break down the most memorable rap feuds in Drake's career.