According to The New York Times, citing “senior American officials,” Comey “has argued that the highly charged claim is false and must be corrected,” but the DOJ has not released the requested statement.

NBC News reports it has confirmed the Times’ story.

The Hill reported that Comey is upset because “there is no evidence to support” Trump’s claim against Obama and “it insinuates that Comey’s FBI broke the law.”

Spokespeople for DOJ and the FBI did not comment on the Times’ story. Comey, of course, made the much criticized move shortly before the election to publicly reveal that an investigation into Hillary Clinton’s emails had been reopened. The reopened investigation did not lead to any action against Clinton. Some have accused Comey of violating precedent with that action and helping contribute to Clinton’s loss.

The White House is now asking Congress to include investigation into Trump’s wiretapping claim as part of inquiries into Russian meddling in the 2016 presidential election. DOJ is now helmed by Trump nominee Jeff Sessions, who recently recused himself from any investigations into the presidential campaign relating to Russia. Press Secretary Sean Spicer posted a series of tweets on the wiretapping claim.

On @ThisWeekABC Fmr Atty General Mukasey:I think @POTUS is right in that there was surveillance at the behest of Obama Dept of Justice

(2/4) President Trump is requesting that as part of their investigation into Russian activity, the congressional intelligence committees

(3/4) exercise their oversight authority to determine whether executive branch investigative powers were abused in 2016.

Trump first made the claim against former President Obama on Twitter without providing any proof.

A spokesperson for Obama derided as false any contention that Obama or any White House official had ordered wiretapping of Trump, but some on social media have parsed the statement to say it doesn’t deny that such activity might have occurred at Justice.

The Washington Post reported that Spicer had cited “reports concerning potentially politically motivated investigations,” lending some to believe the basis for the claim was media reports. After media reports claimed a Breitbart article by talk show host Mark Levin was circulated around the White House, the White House told The Post it instead relied on stories “from BBC, Heat Street, New York Times, Fox News, among others.” 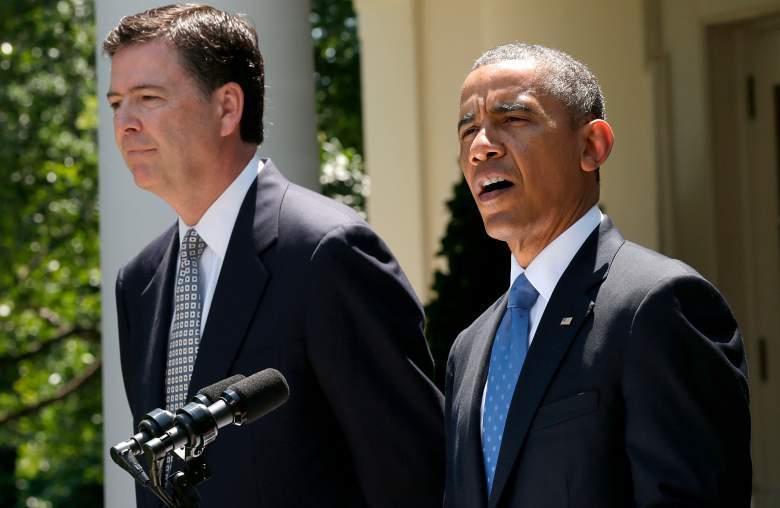 The Post found that the reports revolve around a claim that the FBI obtained a FISA warrant for people related to the Trump campaign but are anonymously sourced and mostly deriving from British media sources. Politico and others have cited an article in the right-leaning website Heat Street from November as a possible root of the claim.

Wrote Politico, “There has been a growing body of evidence, however…indicating that there is at least one Foreign Intelligence Surveillance Act warrant targeting people affiliated with Trump. That article claimed a FISA warrant had been issued in connection with an ongoing investigation into suspicious activity between a server in Trump Tower and two foreign banks, SVB Bank and Alfa Bank. The warrant allegedly also encompasses at least four U.S. citizens…”

However, The Post wrote that it has been unable to substantiate this claim.

Politico noted that no president has outright authority to order such wiretapping in the first place. Rather, “When securing a FISA warrant for surveillance, the government is required to demonstrate that there is probable cause to conclude the target of surveillance is a foreign power or an agent of a foreign power,” Politico reported.

Former Director of National Intelligence James Clapper on a Sunday news show said the wiretapping allegations are false. He also denied there was a FISA warrant to wiretap Trump Tower.