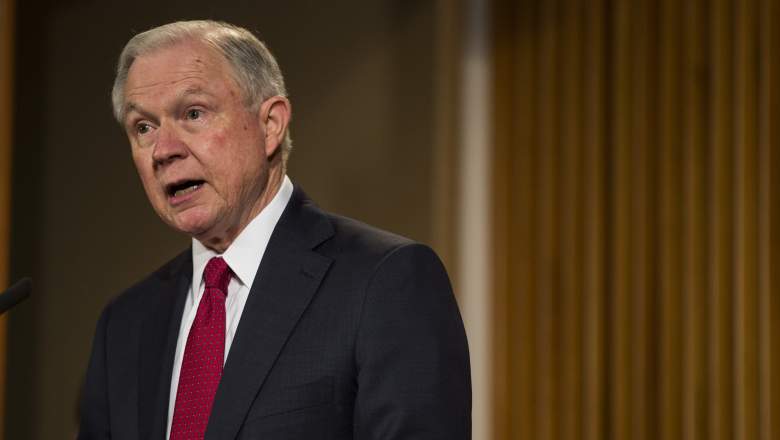 Just before Sessions began his press conference, the letter announcing the decision was posted on Twitter. Sessions stressed that this decision “should not be interpreted as confirmation of the existence of any investigation or suggestive of the scope of any such investigation.”

Sessions also insisted that his answer during the hearing was “honest and correct as I understood it at the time.” He also plans on writing a statement to the Senate Judiciary Committee to further explain his answer, but he said that he never met with Russian officials specifically about the Trump campaign.

The decision came hours after The Washington Post reported that Sessions met with Russian Ambassador Sergey Kislyak twice before Trump won the 2016 Presidential Election, even though he said during his confirmation hearings in January that he did not have any communication with anyone connected to the Russian government.

When Senator Al Franken asked if what he would do if there was evidence that the Trump campaign communicated with anyone within the Russian government, Sessions replied, “I’m not aware of any of those activities… I have been called a surrogate at a time or two in that campaign and I did not have communications with the Russians.”

Sessions spokeswoman Sarah Igur Flores told the Post that “there was absolutely nothing misleading” about the way Sessions answered questions about Russian contact during his confirmation hearings before the Senate Judiciary Committee. “He was asked during the hearing about communications between Russia and the Trump campaign — not about meetings he took as a senator and a member of the Armed Services Committee,” she added.

“I have not met with any Russians at any time to discuss any political campaign and those remarks are unbelievable to me and are false. And I don’t have anything else to say about that,” Sessions later told NBC News. However, Sessions said he would recuse himself if it’s “appropriate,” adding, “There’s no doubt about that.”

However, Trump himself did not think Sessions should have had to recuse himself. While visiting the USS Gerald R. Ford, Trump told reporters that he “wasn’t aware of” Sessions’ meetings with the Russian ambassador before the election. He also said he had “total” confidence in Sessions.

Because of his close ties to the Trump campaign, there had been calls from the Democratic party for weeks for Sessions to recuse himself from any investigation. That rhetoric turned to seeking a resignation from Sessions after the Post’s report. Meanwhile on the Republican side, a small group of Republicans began to ask Sessions to recuse himself, including Rep. Jason Chaffetz, Senator Rob Portman and Senator Dean Heller. Later, South Carolina Senator Lindsey Graham praised Sessions’ decision.

Great decision by Attorney General Jeff Sessions to recuse himself from any potential investigation involving 2016 campaign. (1/2)

It’s the best decision for the country and DOJ.

I have full confidence in Jeff Sessions serving as Attorney General. (2/2) 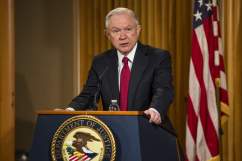