Attorney General Jeff Sessions told the Senate Judiciary Committee during his confirmation hearing that he “did not have communications with the Russians” during Donald Trump’s presidential campaign.

You can watch the video above. Session’s remark – made under oath – comes at the end of the video in response to a question from Sen. Al Franken. The Washington Post is now reporting that, according to the Department of Justice, Sessions, as a Republican senator “spoke twice last year with Russia’s ambassador to the United States.” The New York Daily News reports “Sessions was a senior member of the Armed Services Committee and serving as a top foreign political adviser to the Trump campaign at the time.”

Here’s the longer version of the video:

On March 2, Sessions announced he would recuse himself from any investigations into the presidential campaign.

The Post reported that one of the meetings was “a private conversation between Sessions and Russian Ambassador Sergey Kislyak that took place in September in the senator’s office.” Sessions also spoke with Kislyak in July, the Post reported, but his spokesman has denied he misled Congress and told the Post that Sessions did “not consider the conversations relevant to the lawmakers’ questions.” He also responded “no” when asked by Democratic Sen. Patrick Leahy in writing, “have you been in contact with anyone connected to any part of the Russian government about the 2016 election, either before or after election day?” according to the Washington Post. 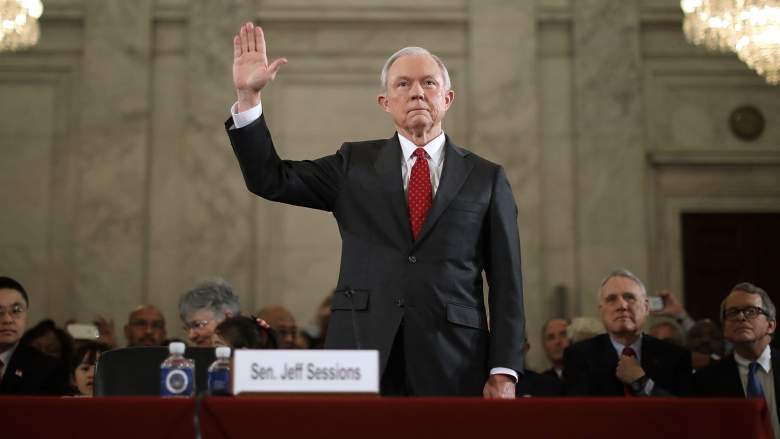 CNN reported that Sessions spoke with Kislyak “in July on the sidelines of the Republican convention, and in September in his office when Sessions was a member of the Senate Armed Services committee.” According to CNN, Sessions’ spokesperson says his response to Congress was not misleading because Sessions “was asked during the hearing about communications between Russia and the Trump campaign — not about meetings he took as a senator and a member of the Armed Services Committee.”

The Chicago Tribune reported of the July contact: “Sessions attended a Heritage Foundation event in July on the sidelines of the Republican National Convention that was attended by roughly 50 ambassadors. When the event was over, a small group of ambassadors approached Sessions as he was leaving the podium, and Kislyak was among them, the Justice Department official said. Sessions then spoke individually to some of the ambassadors, including Kislyak, the official said.”

In 1999, Sessions had strong words about perjury allegations:

Jeff Sessions in 1999 speaking on the importance of prosecuting Bill Clinton over perjury allegations pic.twitter.com/LCV6AqZB17

According to The New York Daily News, one of the Sessions/Kislyak conversations came “at the height of what intelligence officials describe as a Moscow-based cyber campaign intended to influence the U.S. presidential election.”

Here’s what is said on the video clip:

Franken goes into a fairly long winded windup to a question, saying:

CNN has just published a story, and I’m telling you this about a news story that has just been published, so I’m not expecting you to know whether or not it’s true or not, but CNN just published a story alleging that the intelligence community provided documents to the president elect last week that included information that ‘Russian operatives claimed to have compromising personal and financial information about Mr. Trump.’ These documents also allegedly say ‘There was a continuing exchange of information during the campaign between Trump surrogates and intermediaries for the Russian government.’ Now again I am telling you this as it’s coming out so, ah, you know… but if it’s true it’s obviously extremely serious, and if there is any evidence that anyone affiliated with the Trump campaign communicated with the Russian government in the course of this campaign what will you do?

Sen Franken, I am not aware of any of those activities. I have been called a surrogate at a time or two in that campaign, and I did not have communications with the Russians, and I am unable to comment on it.

In response, Rep. Elijah E. Cummings, a Democrat and Ranking Member of the House Committee on Oversight and Government Reform, issued the following statement, saying the Washington Post report is “contrary to testimony he (Sessions) provided under oath during his confirmation hearing to become Attorney General.” Cummings said:

“It is inconceivable that even after Michael Flynn was fired for concealing his conversations with the Russians that Attorney General Sessions would keep his own conversations secret for several more weeks. When Senator Sessions testified under oath that ‘I did not have communications with the Russians,’ his statement was demonstrably false, yet he let it stand for weeks — and he continued to let it stand even as he watched the President tell the entire nation he didn’t know anything about anyone advising his campaign talking to the Russians. Attorney General Sessions should resign immediately, and there is no longer any question that we need a truly independent commission to investigate this issue.”

The revelations come as calls grow for Sessions to step aside from any probe into Russian interference with the presidential election. National Security Adviser Michael Flynn resigned after he was accused of misleading Vice President Mike Pence about his conversations with Kislyak. 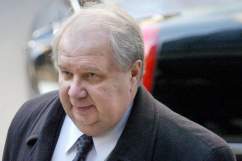 Loading more stories
wpDiscuz
7
0
Would love your thoughts, please comment.x
()
x
| Reply
Jeff Sessions told Congress under oath that he "did not have communications with the Russians." Some say he lied because the Justice Department says he spoke twice with Russian ambassador Sergey Kislyak.