Today, President Donald Trump welcomed German Chancellor Angela Merkel to the White House. It was the first time the two ever met in person and the meeting ended with a joint press conference in the East Room. You can watch the complete press conference above.

Although today will also end with Trump going to Mar-A-Lago, Merkel is not joining them. Before the press conference, Merkel and Trump will hold meetings closed to the press and after it, will have a working lunch in the State Dining Room. After that, they will go their separate ways.

Merkel and Trump have a somewhat combative relationship, as Trump has criticized Europe for taking in thousands of refugees from Syria. He also criticized her throughout the presidential campaign. This continued into his presidency. During a rally in Florida last month, Trump told supporters, “We’ve got to keep our country safe. You look at what’s happening in Germany, you look at what’s happening last night in Sweden. Sweden, who would believe this. Sweden. They took in large numbers.” 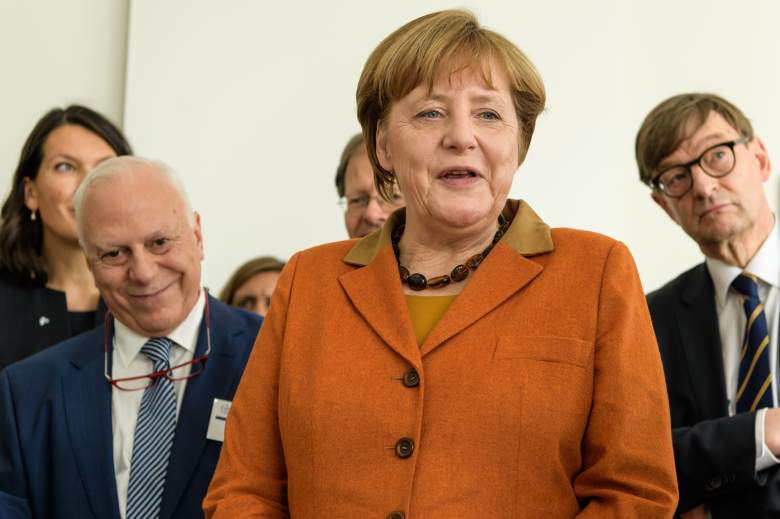 After Trump’s surprising victory in November, Merkel offered to work with Trump, saying in a statement at the time, “Germany and America are connected by values of democracy, freedom and respect for the law and the dignity of man, independent of origin, skin color, religion, gender, sexual orientation or political views. I offer the next President of the United States close cooperation on the basis of these values.”

Trump has also been complimentary of Merkel in the past. He told Time Magazine in 2015 that he thinks she is “probably the greatest leader in the world today,” adding that she’s “fantastic” and “highly respected.” But when Time picked her over Trump as the 2015 Person of the Year, he tweeted that she was “ruining Germany.”

As the leader of the Christian Democratic Union party, Merkel has been the Chancellor of Germany since November 2005. She is the first woman to hold the office.