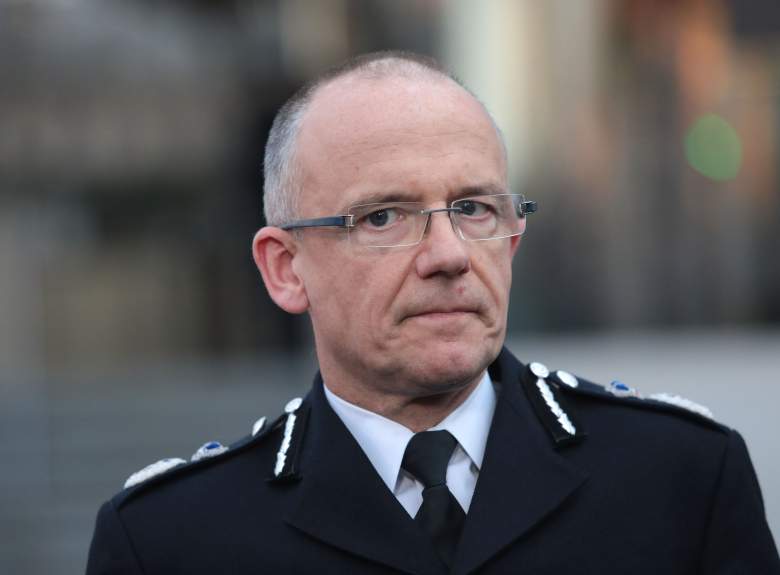 Mark Rowley of the Metropolitan Police makes a statement outside of New Scotland Yard on March 22, 2017 in London, England. (Getty)

Mark Rowley is the British assistant commissioner who has been providing updates about the terrorist attack in London.

Here’s what you need to know about Mark Rowley, the British police commissioner who has been handling the investigation into the attack in London.

1. He is the Metropolitan Police Service’s Assistant Commissioner for Specialist Operations 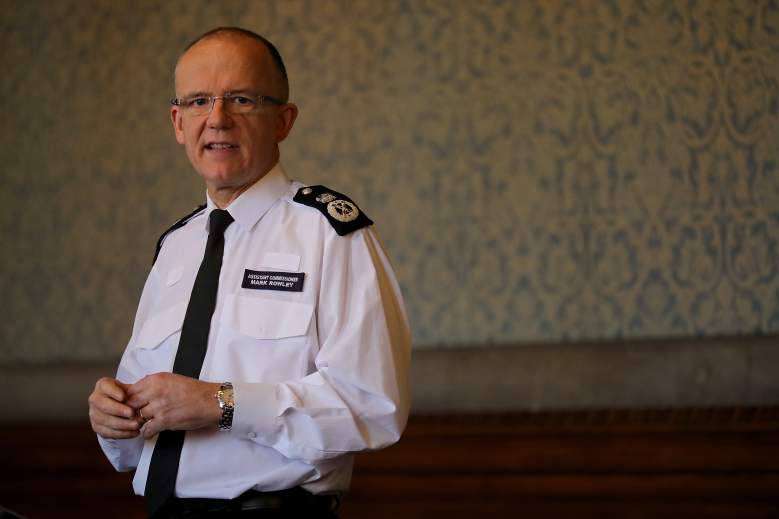 Mark Rowley addresses business and community leaders as he launches an appeal to the public to take part in an ‘Action Counters Terrorism’ initiative at Manchester Town Hall on 6th March, 2017 in Manchester, England. (Getty)

Rowley was appointed to this position in October 2011. His specialist operations directorate has three commands: Protection Command, Security Command, and Counter Terrorism Command.

Rowley began his career in the 1980s when he worked as a constable for the West Midlands Police. He then became a detective superintendent for the National Criminal Intelligence Service.

In 2000, Rowley became a senior officer for the Surrey Police and became chief superintendent in command of the West Surrey Basic Command Unit. In the forthcoming years, he was promoted to the role of assistant chief constable, deputy chief constable, and finally chief constable.

2. He Lead the Investigation Into the Murder of Milly Dowler 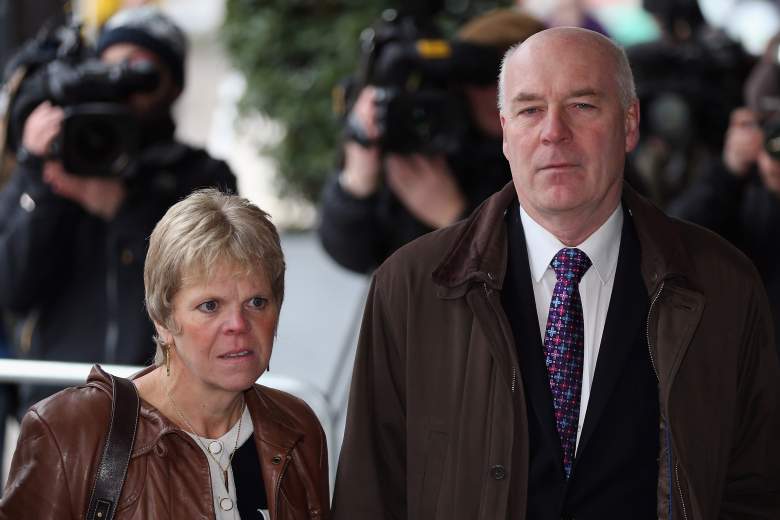 While he was chief constable, Mark Rowley lead the investigation into the murder of Milly Dowler.

Dowler was a 13-year-old girl who went missing in March 2002. Her body was found in September 2002, and police spent years investigating the girl’s death. Finally, in February 2008, they charged Levi Bellfield with the murder; Bellfield was already serving life in prison for the murders of Marsha McDonnell and Amelie Delagrange.

After the investigation and trial had ended, Rowley said he was shocked over the fact that Dowler’s parents’ privacy was destroyed during the trial.

“There were some extraordinarily private details that came out and I don’t understand why they have to be public when celebrities can get injunctions to protect their privacy,” he said, according to The Telegraph. “They make money out of celebrity, but here is someone who doesn’t want celebrity, whose daughter has been killed, but is being vilified and humiliated. It completely incongruous and unnecessary.”

Mark Rowley has also said that investigating terrorist plots is often made difficult by the fact that social media companies often refuse to cooperate and hand over evidence.

He said that the uncooperative nature of social media companies is the “growing Achilles’ heel” of counter-terrorism, adding that many of these companies are creating “safe havens” for terrorists and criminals.

“Our experience of social media and communications companies is of a very fragmented and highly variable level of cooperation, ranging from some who are very cooperative, those who are partially cooperative and those who are at the other end of the spectrum,” he said, according to The Telegraph. “Some refuse to assist. For some it is also a part of their strategy – they design their products in full recognition that they will be unable to help us because of the way they have designed them.”

4. He Says 13 U.K. Terrorist Plots Were Foiled in the Past Four Years 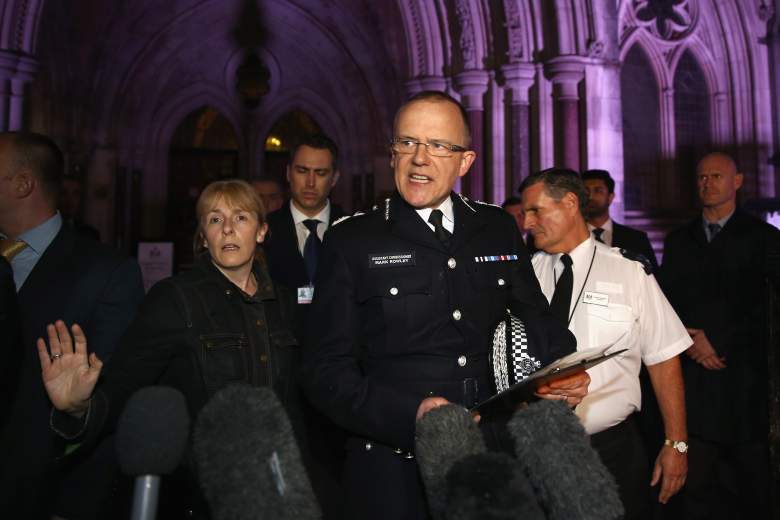 Mark Rowley speaks to reporters outside The Royal Courts of Justice on January 8, 2014 in London, England. (Getty)

Earlier this month, Mark Rowley said that at least 13 U.K. terrorist plots have been foiled over the past four years.

He also said that there are more than 500 live counter-terrorism investigations ongoing at any given time, and that members of the public often help him and the rest of the police foil these plots, according to the Evening Standard.

“Sometimes that public information has actually started an investigation,” he said. “Other times it’s part way through and it corroborates some things or adds to things we already know.”

He says that counter-terrorism officials worry about “everything from fairly simple attacks with knives or using vehicles all the way through to the more complex firearms attacks.”

Rowley also said earlier this month that the possibility of a terrorist attack occurring on British soil is “highly likely” and probably will remain that likely for some time.

5. He Says That ISIS is ‘Just the Tip of the Iceberg’ 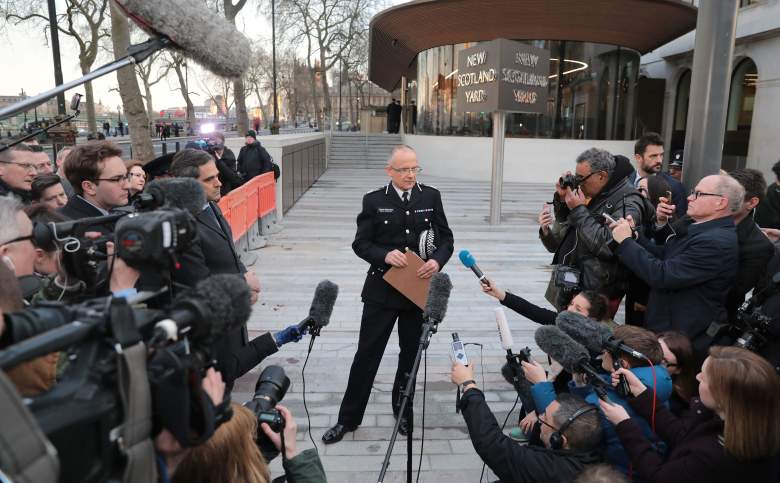 Mark Rowley of the Metropolitan Police makes a statement outside of New Scotland Yard on March 22, 2017 in London, England. (Getty)

Mark Rowley said in March 2017 that ISIS is just the tip of the iceberg and that any military efforts against them will not stop terrorism.

“The military progress squeezing the territory of ISIS…I see that as good news but we mustn’t assume that the terrorist threat is simply about Isis or simply about what’s happening in Syria,” he said, according to The Daily Star.

He went on to say that military success against ISIS is welcome but that “in and of itself it’s not going to eradicate the terrorist problem.”

“Al Qaida remain a threat and there are offshoots of both organisations,” he said. “The military success is welcome but in and of itself it’s not going to eradicate the terrorist problem.”