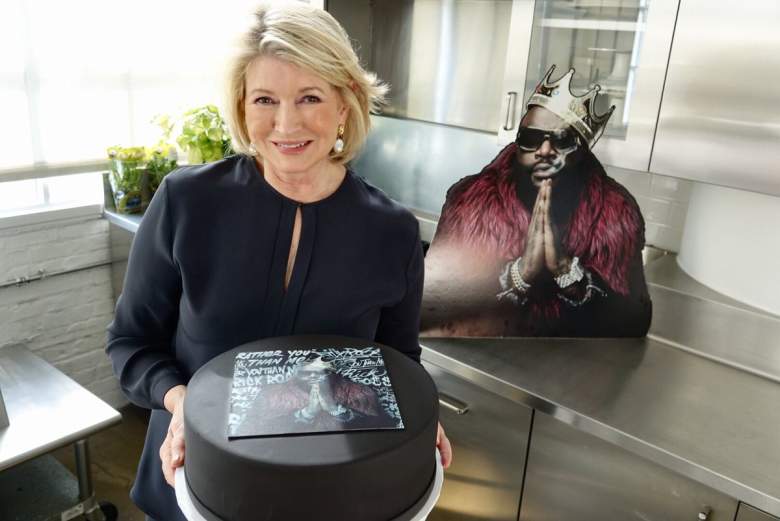 Florida emcee Rick Ross is getting set to release his 9th album “Rather You Than Me” on March 17th. Most emcees would take to Twitter or Instagram just like Freddie Gibbs just did to announce their album, not Rick Ross though. The announcement of the album release and the album art didn’t come from any of Ross’ social media channels but rather from Martha Stewart. Yesterday afternoon she tweeted out a picture with her holding the album cover on a cake with a cardboard cutout of Rick Ross behind her.

The tweet may come as a surprise to some but Rick Ross appeared on Martha and Snoop Dogg’s VH1 show “Martha and Snoop’s Potluck Dinner Party” back in November.

Shortly after the album art reveal, we were given the tracklisting and guest features for “Rather You Than Me”. The feature list is loaded and boosts appearances from Chris Rock, Young Thug, Meek Mill, Nas and more. “Rather You Than Me” releases March 17th, pre-orders will be available this Friday, March 10th.

Loading more stories
wpDiscuz
0
0
Would love your thoughts, please comment.x
()
x
| Reply
This time around Rick Ross taps Martha Stewart to debut the cover art for his 9th album "Rather You Than Me".