A North Carolina teenager is accused of decapitating his 35-year-old mother in a horrific scene that left a sheriff’s deputy in “terror.”

The first deputy to arrive at the scene of the grisly slaying found Oliver Funez, 18, “with his mother’s head in one hand and a large butcher knife in the other,” according to the Franklin County Sheriff in Zebulon, North Carolina, reported WNCN-TV.

The Charlotte Observer reported that Funez is an illegal immigrant from Honduras. The Observer noted: “When Funes-Machado saw officers, he reportedly placed the head on the ground and was arrested.”

The suspect’s name is sometimes given as Oliver Funes Machado and Oliver Mauricio Funes Machada. The motive has not yet been released.

After decapitating Yesenia Funez Beatriz Machado, Funez dialed 911, according to WNCN. He’s since been charged with first-degree murder.

Teen walked out of a home with his mother’s head in one hand and a knife in the other https://t.co/pAwv3PTQaB pic.twitter.com/S165ZOHET4

According to The Associated Press, a neighbor described them as a “quiet family with the standard white picket fence, trampoline, playground in the back.”

2. Two Other Children Were Inside the Home at the Time

According to ABC 11, “two young girls found in the home were unharmed. A fourth child was at school when the incident happened.”

The Sheriff, Kent Winstead, told 14News that, when deputies arrived, “he was with the decapitation in his hand, and it was a gruesome scene. The oldest son killed his mother.”

3. Funez Is Accused of Using a Butcher Knife to Kill His Mother, Leaving a Deputy in ‘Terror’

Horrifically, authorities allege that Funez beheaded his own mother with a butcher knife.

“It looked to be a large butcher knife, the weapon that was used,” said Sheriff Winstead, according to ABC 11.

A neighbor said the deputy who first arrived at the scene was deeply shaken by what he saw. “He just looked like he was just blown away. I mean, he was just in terror. He was just so upset,” the neighbor told 14News.

A neighbor told the television station, “I can’t imagine how anyone could do that to anybody, much less your own mother.” The sheriff told 14News it wasn’t yet clear how many wounds the mother had suffered.

4. Funez Is Originally From Honduras & Attended a Local High School but Was in the Country Illegally

According to WRAL-TV, Funez “is originally from Honduras and it was not immediately clear whether or not he is a U.S. citizen.”

The Charlotte Observer also confirmed that Funez was in the country illegally and reported that ICE has filed a detainer to hold him. “It’s believed Funes-Machado (Funez) was among the youths who qualify for DACA status,” the newspaper reported of the teenager.

The television station said that the suspect finished 10th grade at Rolesville High School, and quoted the Franklin County District Attorney as saying his “mental state will be a primary interest.”

Teen accused of decapitating his mother will have his first court appearance at 8:45am. @WNCN https://t.co/iwbaRTNUy5

According to News 11, neighbors reported that the victim’s husband arrived home and they heard him wailing.

“We just heard him crying and you could hear him all over the place,” a neighbor said, according to the television station. 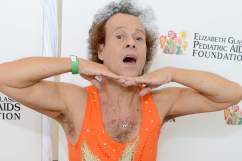 Read more about Oliver Funez in Spanish at AhoraMismo.com: 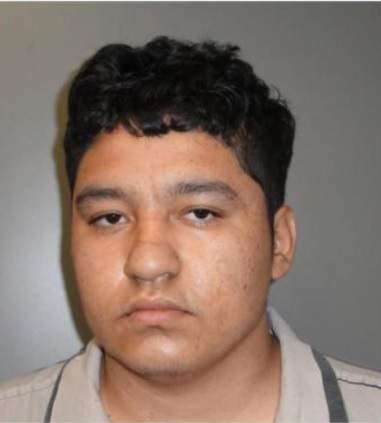 Loading more stories
wpDiscuz
27
0
Would love your thoughts, please comment.x
()
x
| Reply
Oliver Funez, an illegal immigrant, is accused of beheading his mother in a horrific scene where deputies allegedly saw him carrying his mother's head after decapitating her in North Carolina.