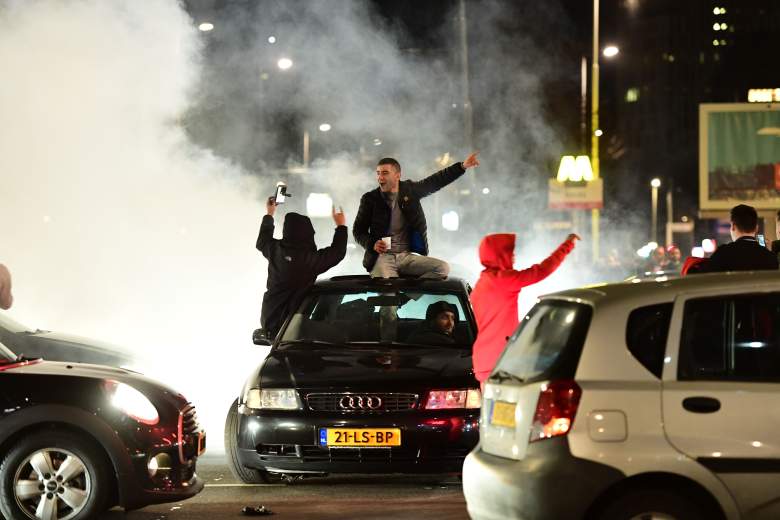 About 1,000 people waving Turkish flags gathered on the street leading to the consulate, as tensions rocketed over rallies abroad to help Ankara gain backing for an April referendum vote. (Getty)

Conflict escalated into dramatic scenes on the streets of Rotterdam as the Netherlands banned Turkish ministers from speaking in that European city.

According to Reuters, the dispute prompted Turkish President Tayyip Erdogan to call the Netherlands a “Nazi remnant.” The two countries are historically NATO allies.

SKY News reported that the protest involved “more than 1,000 supporters of Turkish President Tayyip Erdogan.” The Turkish president has been seeking support from Turks throughout Europe “to help clinch victory in the 16 April referendum that could give him sweeping new powers,” SKY News reported. However, according to SKY News, Dutch leaders believe the measure is undemocratic.

“Turkey’s family minister was prevented by police from entering the Turkish consulate in Rotterdam. Hundreds of protesters waving Turkish flags gathered outside, demanding to see the minister,” Reuters reported.

I will try to find another live stream pic.twitter.com/2USAae8MO3

According to Haaretz, a “Turkish minister escorted out of the country less than a day after Turkey’s foreign minister was denied entry.” Protests erupted outside the consulate.

Some of the social media commentary quickly grew incendiary:

When foreigners flood your streets and wave foreign flag it used to mean invasion.#peoplepower pic.twitter.com/hIOsYCeIsq

Photos circulated on social media of dogs being used against protesters:

Here are some other videos and photos: 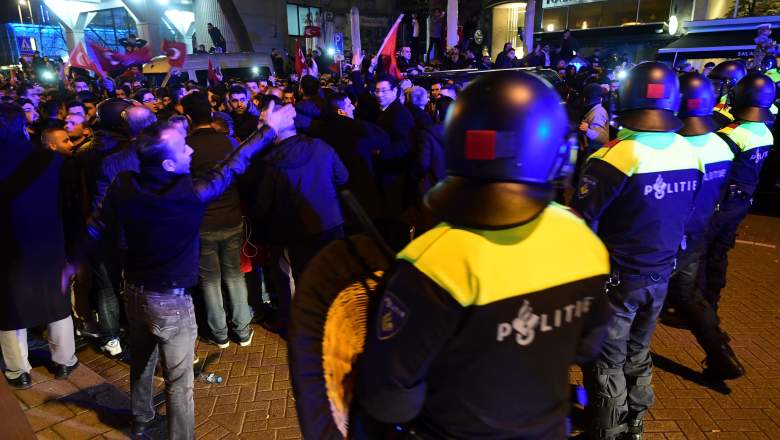 Police officers face Turkish residents of the Netherlands gathered for a protest outside Turkey’s consulate in Rotterdam on March 11, 2017. (Getty) 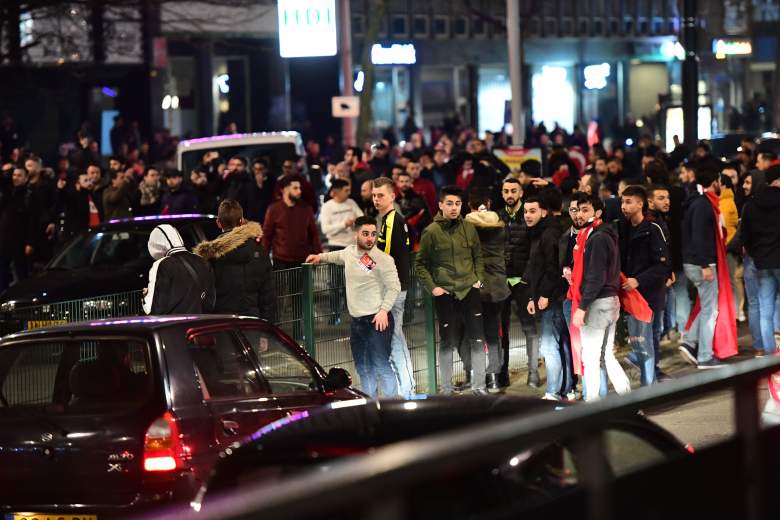 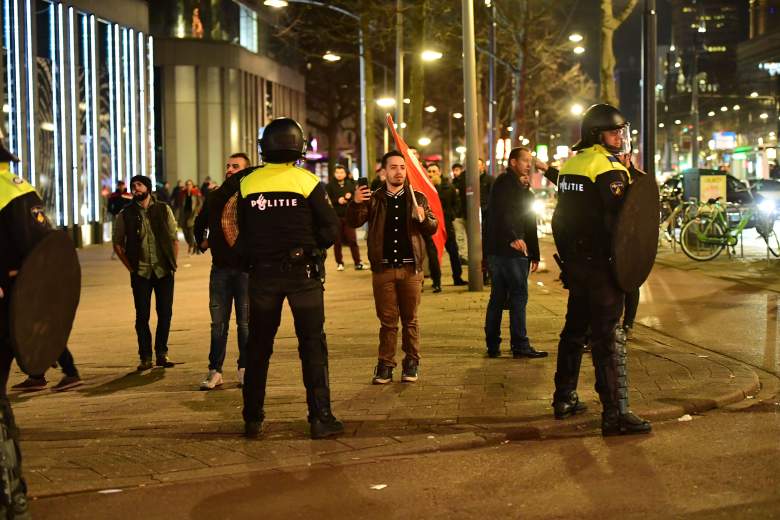 Loading more stories
wpDiscuz
6
0
Would love your thoughts, please comment.x
()
x
| Reply
Rotterdam erupted into riots and protests as the Netherlands banned Turkish ministers from speaking in the country. See videos and photos.