Sarah Madden Fowlkes in a mugshot released by Lockhart Police.

A 27-year-old Texas high school science teacher has been accused of being “engaged in sexual contact” with a 17-year-old student.

Sarah Madden Fowlkes has been suspended from her job at Lockhart High School after she was arrested Monday, the school district announced.

“Lockhart parents entrust their children to us every day, and it is something we do not take lightly. Student safety is the district’s most important priority,” Superintendent Susan Bohn said in a statement. “As soon as we learned of the report, we acted swiftly to involve law enforcement and (Child Protective Services) to conduct a thorough investigation. The district does not and will not tolerate any improper communication or contact between a teacher and child.”

The school district said it learned about the “improper relationship” Fowlkes was having with a student on March 10.

Fowlkes is charged with engaging in an improper relationship between an educator and student, a second-degree felony.

Her attorney, Jason Nassour, told KXAS-TV his client is innocent, and that’s why she’s smiling in her mugshot.

“You’ve got a young lady who was arrested on the statement of a 17-year-old kid with no corroborating evidence. This isn’t a guilty person sitting there like they just got caught,” Nassour told the news station. “When everything’s fleshed out it won’t be as it appears.”

1. Fowlkes Is Accused of Engaging in ‘Sexual Content With the Intent to Arouse or Gratify the Sexual Desire of the Student’

Sarah Fowlkes engaged in “sexual content with the intent to arouse or gratify the sexual desire of the student,” during encounters with the student, Lockhart Police told the Hays Free Press.

According to police, detectives determined Fowlkes and the 17-year-old male student were in contact in person and “by message” with the teacher.

Police said in court documents that “Investigation into the incident led the case detective to a male student aged 17 named Michael (pseudonym). Interviews determined that Michael had been in contact in person and by message with an educator in Lockhart High School identified as Sarah Madden Fowlkes. … Michael revealed that during the course of their encounters, (Fowlkes) touched Michael’s genitals with the intent to arouse or gratify the sexual desire of Michael and that Michael made contact with the defendant’s breasts, with the intent to arouse of gratify the sexual desire of the defendant.”

You can read the arrest affidavit below:

“On behalf of the district and Board of Trustees, I want to assure parents we do not tolerate this kind of behavior and are fully cooperating with law enforcement and CPS. We will always take swift action to make sure concerns are properly investigated and actions taken to ensure student safety,” Superintendent Susan Bohn said in a statement. “I also want to thank the LPD for their steady and unwavering support of our school district and commitment to the safety of our students and staff.”

Lockhart Police told KXAN-TV the case is the first time they’ve investigated a teacher for having an inappropriate relationship with a student.

“Seventeen years old is obviously older, but at the same time it doesn’t make anything right,” Detective Jesse Bell told the news station. “If the kid is in school, parents trust the school to take care of their kids so it’s definitely not right — that a teacher in a position of power over a student be able to take advantage of a student.”

The age of consent in Texas is 17, but state law makes it illegal for teachers to have sexual contact with students of any age.

The school district sent a letter to parents on Monday to notify them of the “upsetting news” about Fowlkes’ arrest. You can read the letter below or by clicking here:

Bohn said, “Every day, you trust your children to our care, and it is a responsibility we do not take lightly. As a parent of a Lockhart ISD student, I join you in feeling anger and disappointment in what happened.As an administrator, I will always take swift action against anyone who would violate the sacred trust between students and educators.”

She said, “The campus will have counselors available to meet with any student who needs or wants support.” 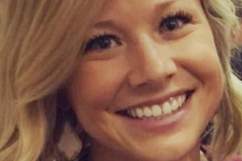 Fowlkes taught anatomy, physiology and environmental systems at Lockhart High School, a job she started in September, according to a now-deleted page on the school district’s website.

“This is my third year as a teacher, my previous two years were spent at Plum Creek Elementary where I was a third and fifth grade science and social studies teacher,” she wrote on the school website. “I have very high expectations of myself as a teacher as well as of my students and I hope that this will be a formula for achievement. I want this to be an enjoyable year for all of my students but also a productive, challenging and encouraging year with success for everyone.”

School district Superintendent Susan Bohn said in a letter to parents, “Fowlkes will not return to the school district.”

The district also said it would also be “sending notice of the conduct to the State Board for Educator Certification.”

The school district said Fowlkes, who has been suspended, was hired in October 2014.

3. She Grew Up in Texas & Graduated From Saint Edwards University

Fowlkes grew up in Dripping Springs, Texas, about an hour away from Lockhart, and about 30 minutes away from Austin.

She graduated from Saint Edwards University in Austin with a degree in biology, according to the school district’s website.

“I started my teaching certification at the University of Texas at Austin under the UTeach program and completed my certification with A+ Texas Teachers Alternative Certification,” she wrote on the school district website. “I am certified to teach Early Childhood through 6th grade Generalist and 7th through 12th grade Sciences.”

4. She Has Been Married to Her Husband Since 2013 & She Celebrated Her 27th Birthday a Day Before Her Arrest

Fowlkes has been married since October 2013, according to her Facebook page. She and her husband live in New Braunfels, Texas, about 40 minutes outside of Lockhart. Her husband is also a native of Dripping Springs.

Her maiden name is Madden, according to online records.

She celebrated her 27th birthday on March 19, a day before her arrest. She updated her Instagram profile picture (her account is private) with a photo showing her celebrating the birthday with her husband at a restaurant.

Parents and former Lockhart High School students told KEYE-TV on Monday that they are surprised and disappointed by the arrest.

“I feel like it makes it easier for an accidental relationship for that to happen,” said Joe Chapa. He said, “I just feel like the teacher should know better than to do that.”

River Morgan, a 2016 graduate, told the news station, “It shocked me. … I think maybe there’s not as much of a distance as there should be. It should be more professional.”

5. She Was Booked Into the Caldwell County Jail & Later Released

Sarah Fowlkes turned herself in at the Lockhart Police Department early Monday morning and was booked into the Caldwell County Jail, authorities said.

Online records show she has been released from custody. It is not clear when she is scheduled to appear in court. It is also not known if she has hired an attorney.

A 29-year-old Westlake, Texas, high school teacher, Haeli Way, was sentenced on March 10, 2017, to probation after pleading guilty to two counts of the same charge Fowlkes faces. She was given 10 years deferred adjudicated probation and did not have to spend any time in jail.

There were a record number of arrests of teachers for “inappropriate conduct” with students in 2016 in Texas, according to KXAN-TV. The Texas Education Agency said there were 222 cases of “inappropriate relationships” reported in 2016, the most since the agency began tracking in 2009.

“When we are dealing with cases that involve student safety we will do our very best to make sure that that educator is not back in a Texas public classroom,” Lauren Callahan with the Texas Education Agency, told KXAN. “And that we are able to sanction them in a way that they don’t hold that certificate. Again, everything is case by case.”

According to the news station, a Texas lawmaker, Rep. Jason Isaac, a Republican from Fowlkes’ hometown of Dripping Springs, introduced a law in February 2017 to crack down on the issue.

“School should be a safe place for students to go and learn and prepare for their future,” Isaac told KXAN, “and instead we are putting them in harms way.” The law would make sure a teacher caught in an inappropriate relationship would lose his or her teaching certificate.

Isaac said it would stop the practice of what he called, “passing the trash,” of teachers caught in wrongdoing resigning and taking a new job elsewhere.

“There are reports of teachers moving up to four different school districts and having continued repeated inappropriate relationships with a minor,” Isaac said. “We need to stop passing the trash from one school district to another. And God forbid this happens, but if it does a teacher should lose their teaching certificate and not be permitted to work in public schools or private schools or be around children period.”

School superintendent Susan Bohn asked parents to talk to their children about the arrest.

“If any student or parent has information about this situation, please contact the Lockhart Police Department at 512-398-4401,” Bohn said.

Read more about Sarah Fowlkes in Spanish at AhoraMismo.com: 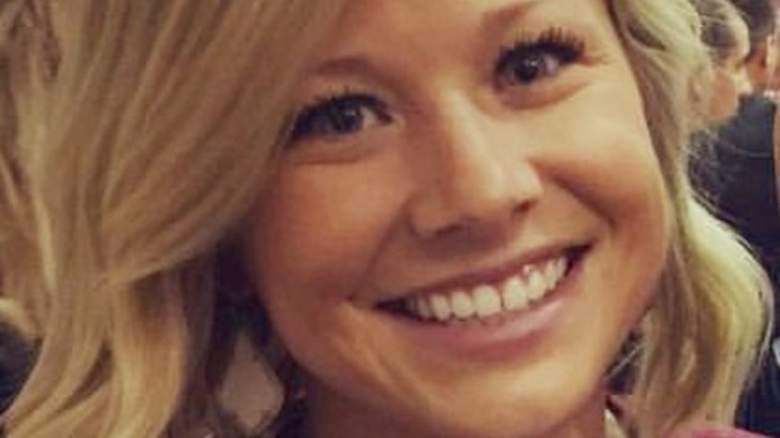