This time, it comes after White House Press Secretary Sean Spicer didn’t agree with Ryan’s body language during Tuesday’s press briefing, requesting that she refrain from shaking her head.

Watch a full video of the incident below.

Before starting a question, Ryan, a White House correspondent for American Urban Radio Networks, told Spicer that he “doesn’t seem so happy.” She then asked him about ongoing investigations of the White House and how the administration plans to work to repair its image.

Spicer was combative in his answer and alleged that Ryan has an “agenda” against the administration. He added that the “facts are every single person briefed on the suspect has come away with the same conclusion.”

Ryan asked a follow-up question about Condoleezza Rice and President Donald Trump‘s relationship, and Spicer confronted her once more. He told Ryan that “it seems like you’re hellbent on trying to make sure that whatever image you want to tell about this White House stays.”

Ryan responded to Spicer’s accusations by telling him that she’s simply doing her job by reporting what’s said at the press briefings.

As Spicer interjected over Ryan, she looked down at her notes and did so shaking her head briefly.

Spicer’s criticism of Ryan left many reporters in the room taken aback at the way he handled the situation.

"Stop shaking your head again," Spicer lectures @AprilDRyan, who is a grown woman.

a grown woman and a top-notch journalist https://t.co/URF7E5apJ2

After the incident, Ryan posted a one-word response to what had just happen on Twitter.

You may remember Ryan from Trump’s infamous February 16 press conference. Ryan inquired to Trump about setting up a meeting with the Congressional Black Caucus so that he could discuss his inner-city agenda with officials.

Trump responded to the question by asking Ryan if the members of the caucus were “her friends” when she let him know what the CBC refers to.

He continued to press Ryan, asking her if she wanted to set up the meeting between the group and himself. Ryan responded, “No, no, no, I’m just a reporter,” before Trump said he would “love to meet with the black caucus.”

Trump did follow through with meeting with members of caucus March 22, USA Today reported. 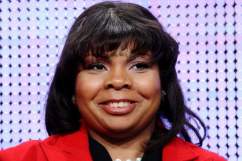