A photo of a man dressed as a leprechaun during the 53rd Annual St. Patrick’s Day Parade March 14, 2004 in Philadelphia, Pennsylvania. (William Thomas Cain/Getty Images)

Happy St. Patrick’s Day! Also known as St. Paddy’s Day, today is the day we celebrate the patron saint of Ireland. The Irish holiday is a global phenomenon and was first made an official Christian feast day in the early 17th century. It is celebrated by the Catholic church, the Anglican Communion, the Eastern Orthodox Church, and the Lutheran Church.

St. Patrick’s Day is always on March 17, the supposed date of his death. It originally celebrated the arrival of Christianity in Ireland in the 5th century by Roman Britains. However, in modern times it has taken on a more secular tone.

Learn more about the history of St. Patrick’s Day and its origins here.

1. It Has Pagan Roots

St. Patrick is celebrated for “driving the snakes out of Ireland.” However, snakes haven’t lived in Ireland in recent memory. According to RTÉ2:

During the Cenozoic era, 65 million years ago, the world began to dry out and vast grasslands came to dominate much of the northern hemisphere. Predecessors of modern boas and pythons were widespread throughout this area about 50 million years ago with vipers and cobras following about 25 million years ago.

Snakes spread out all across the world and took up residence everywhere. However, snakes haven’t lived in Ireland in over 8,500 years. They were killed off by the last Ice Age, along with snakes on other isolated land masses like New Zealand, Iceland, and Greenland. After the end of the last Ice Age, these landmasses were too far from mainland continents, where snakes survived. Snakes were unable to migrate to them across open ocean.

In regards to St. Patrick, some believe snakes is a metaphor for “druids,” the priests of the native Irish religion, now known as “paganism.” (Ancient Irish people didn’t practice “paganism”; the term was coined in the 19th century as a catchall for non-Christian, early European religions, according to Dictionary.com.)

However, the story of St. Patrick driving back the pagan priests is a somewhat recent invention, arising in the 11th century. The historic St. Patrick lived between 385–461 A.D., and while he did aggressively evangelize the Irish pagans, writes Patheos, he didn’t drive them out. Modern-day druids argue against this claim too in an article titled “The True Story of St. Patrick.” Yes, they do still exist, and St. Patrick’s Day still has many pagan customs, like the shamrock. According to Fantasy Ireland:

Despite being the cultural hero of Ireland, St. Patrick wasn’t a native to Ireland. He was born in the late 4th century to a Roman family in Great Britain. Calpurnius, his father, was a tax collector and a church deacon. However, despite being raised in the church, Patrick wasn’t originally a believer, according to The Confession of St. Patrick.

At the age of 16, Patrick was allegedly captured by Irish pirates and brought to Ireland as a slave. He later escaped but returned to Ireland, after having a vision, to convert the Irish to Christianity. Catholic.org writes:

I saw a man coming, as it were from Ireland. His name was Victoricus, and he carried many letters, and he gave me one of them. I read the heading: ‘The Voice of the Irish.’ As I began the letter, I imagined in that moment that I heard the voice of those very people who were near the wood of Foclut, which is beside the western sea-and they cried out, as with one voice: ‘We appeal to you, holy servant boy, to come and walk among us.’

However, according to new interpretations of Patrick’s own writing, this may be all wrong. CNN reports that a new study from Cambridge University argues that “Saint Patrick was not brought to Ireland as a slave… but that in fact he may actually have sold slaves his family owned to pay his way to Ireland — in order to avoid a job as a tax collector for the Roman empire.”

3. St. Patrick Is Not a Canonized Saint

Pope Francis is seen at the Vatican on March 16, 2017. (ALESSANDRA TARANTINO/AFP/Getty Images)

St. Patrick is a saint in name only because he has never been canonized by the Catholic Church. Canonization is a formal process. According to Dummies.com, to be canonized, a potential saint has to have “two verifiable postmortem miracles” and “evidence of having led an exemplary life of goodness and virtue worthy of imitation.”

Because St. Patrick lived well over 500 years before this first canonzation, he doesn’t have the official title.

Despite St. Patrick not being a true canonized saint, he does have a feast day recognized by multiple denominations of Christianity, including Catholics.

Christians that recognize March 17 as a holy day include the Catholic Church, the Anglican Communion, the Eastern Orthodox Church, and the Lutheran Church. In the Catholic dioceses of Ireland, the Feast of St. Patrick is a holy day of obligation

His feast day was first recognized by the Catholic church in the 17th century. For religious folk, St. Patrick’s Day includes church services and feasts. Lenten restrictions on eating and drinking alcohol are also traditionally lifted.

Fountain on the South side of the White House is dyed green for St. Patrick’s Day in Washington D.C.,on March 16, 2017. ()Olivier Douliery-Pool/Getty Images)

St. Patrick’s Day is as much secular as it is religious. Particularly in the United States, it is a day to celebrate the contribution of Irish immigrants and their culture.

However, the reason why St. Patrick’s Day is associated with heavy drinking is probably due to its religious ties. Because it is a day that Lenten obligations are lifted, drinking alcohol – particularly Irish whiskey, green beer, or cider – has become an integral part of the celebrations.

The holiday has been celebrated in North America since the late 18th century.

Read more about St. Patrick’s Day in Spanish at AhoraMismo.com: 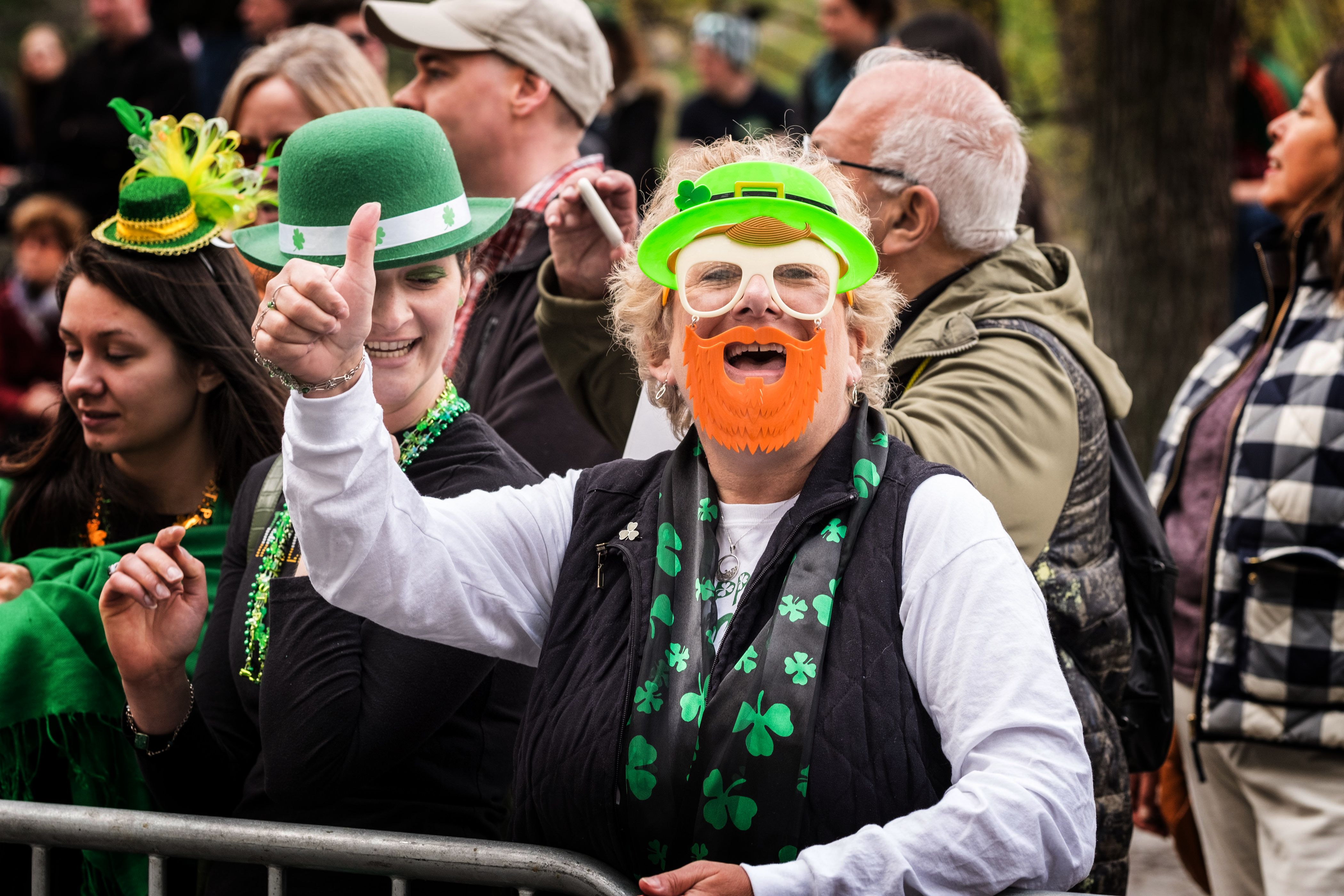