Air Force Staff Sergeant Kyle Smith showed the unbreakable bond between servicemembers and their dogs with a heartbreaking photo that has gone viral. In the image, he is seen mourning the death of his German Shepherd Bodza, with the American flag draped over Bodza’s body. Bodza and Kyle served together in Kyrgyzstan in 2012 and built such a bond that he adopted Bodza after the dog was retired.

Smith was by Bodza’s side when he was put down. “I hugged him and told him that I loved him a lot, ‘I’m gonna miss you,’” Smith wold WSOC-TV.

Here’s a look at Smith and Bodsa’s incredible story.

1. Smith & Bodza Served in 4 Deployments Together

Bodza spent his entire life serving his country and was paired with Smith for four deployments, WSOC-TV reports. The first time they served together was in 2012 when Smith was deployed to Kyrgyzstan, he told Inside Edition.

“He was one of those gentle giants,” Smith told Inside Edition. “He was trained to bite, but I swear he only did it to make people happy. He had no interest in the world of hurting anyone.”

Smith later worked with a different dog during another assignment. But when he heard that Bodza was being retired from service in 2014, his boss surprised Smith with Bodza’s adoption papers.

“My boss said, ‘Hey, go check your Jeep,'” Smith told Inside Edition. “They went out and put a bowl, a brand new leash and two collars, and they put [Bodza] at the back of my Jeep. I got to take him home the same day he retired.” 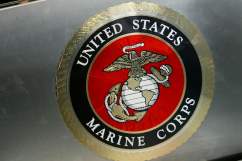 2. Bodza Was Diagnosed With an Incurable Spinal Cord Disease

As Smith explained to Inside Edition, he first realized that something was wrong with Bodza in October 2016, when the dog couldn’t jump into his car. At first, Smith thought it was hip dysplasia, but a veterinarian diagnosed Bodza with degenerative myelopathy.

As Canine Genetic Diseases.net notes, degenerative myelopathy is an incurable disease that affects the spinal cord in older dogs. As the disease gets worse, it can no longer stand and its legs become weak. As CGD explains:

It begins with a loss of coordination (ataxia) in the hind limbs. The affected dog will wobble when walking, knuckle over or drag the feet. This can first occur in one hind limb and then affect the other. As the disease progresses, the limbs become weak and the dog begins to buckle and has difficulty standing. The weakness gets progressively worse until the dog is unable to walk.

Smith was then told that the doctors would have to put Bodza down. Smith had just a few hours to come to terms with this, because the dog was put down on the same day.

“It was the saddest thing — he was dragging himself along the tile floor because it was hard to maneuver. Instead of putting him on the table, I had a minute with him on the floor,” he told Inside Edition. “I just kept holding him, rubbing and kissing his head, telling him, ‘I’m going to miss you.'”

In an interview with WSOC-TV, Smith said that he got Bodza a final meal at McDonald’s.

“He got a Big Mac. By the way, he didn’t leave a crumb,” Smith recalled.

When Bodza was put down, Smith refused to leave his dog’s side. “I held him in my arms the entire time,” Smith told Inside Edition. “I’ve never cried that much my entire life.” 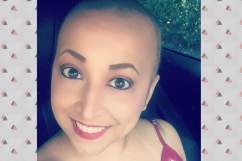 4. Smith Is a K9 Military Training Instructor in El Paso

Smith still serves in the Air Force as a Military Working Dog Ground Combat Training Instructor in El Paso, Texas, according to his LinkedIn page.

Smith joined the Air Force in January 2008 as an installation entry controller in South Carolina. In August 2007, he became a K9 handler. He’s a graduate of Kings Mountain High School and grew up in Gastonia, North Carolina. 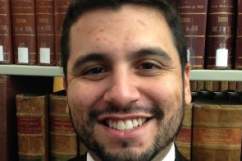 5. The U.S. Military Had 2,500 Military Working Dogs at the Height of the Afghanistan & Iraq Wars

Smith and Bodza’s story is not unique, as many servicemembers who work with dogs build strong relationships with them. According to a National Geographic story published in June 2014, the U.S. military had around 2,500 working military dogs at the height of the Afghanistan and Iraq wars. In 2012, Mike Dowling published a book about his unbreakable bond with his dog, titled Sergeant Rex: The Unbreakable Bond Between a Marine and His Military Working Dog.

“It was Rex who gave me the strength to get up and to carry on,” Dowling told National Geographic.

“He’s like my quiet partner,” Jose Armenta told National Geographic of the dog he served with, Zenit. “He bridges three worlds: the person I was before Afghanistan, the one I was there, and the one I became after. I joke that when he dies, I’ll get him stuffed and put him by the bed. But really I can’t imagine it. I don’t know what I’ll do then.”

There are also groups that advocate for military dogs, including the U.S. War Dogs Association and Vets Adopt Pets.