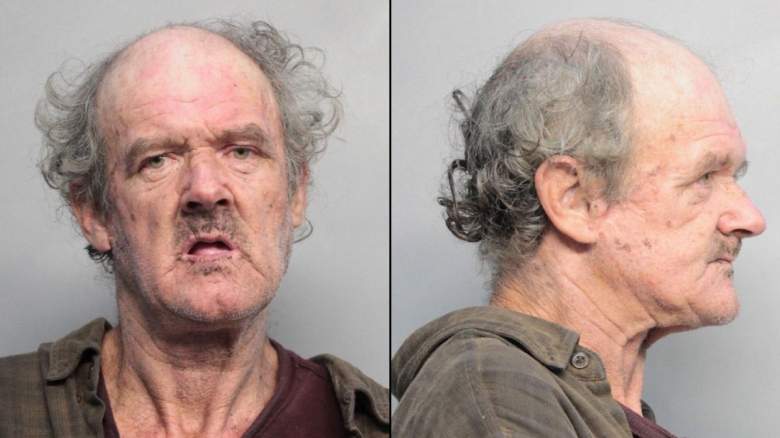 A homeless man is accused of keying swastikas into cars in a Jewish neighborhood in Miami Beach, Florida.

Timothy Merriam was arrested in the vandalism on March 7.

The vandalism had upset the community, especially as it comes in the midst of other attacks against Jewish community centers and cemeteries throughout the country.

1. Miami Police Say the Suspect Was Already in Jail & Is Also Accused of Slashing Bike Tires

According to Miami Beach police, “MBPD has made an arrest on the recent cases where swastikas were etched onto vehicles. Subject already in jail on other charges.”

NBC Miami reported that Merriam, who is 61, is also suspected by police of being responsible for 100 bicycle tire slashings.

2. Five Vehicles Were Keyed With Swastikas in the Jewish Neighborhood

Police said that five vehicles were keyed in all in a neighborhood with many Jewish residents, according to Aventura Patch.

The news site reported that “the vandalism was discovered on Sunday morning to five vehicles parked near 28 Street and Prairie Avenue. The neighborhood is close to the Miami Beach Golf Club and not far from Miami Beach Senior High.”

3. The Vandalism Put the Neighborhood on ‘Edge,’ Reports Say

CBS Miami reported that the community was on edge after the vandalism.

“The swastika represents the death and destruction and genocide of six million Jews and millions of other minorities,” Rabbi Mendy Levy, who lives nearby, told the Florida television station.

Police are consulting with the D.A. about whether hate crime charges should be filed, and they have video evidence, reported NBC Miami.

4. Merriam, Who Is Homeless, Allegedly admitted to the Offenses

Local10 reported that Merriam is homeless.

Authorities have not said why Merriam allegedly committed the acts.

5. More Reports of Threats Against Jewish Community Centers Were Reported

A former journalist, Juan Thompson, was accused of making eight of the threats that have been lodged against Jewish Community Centers across the United States. However, since that arrest, more threats have been made against JCCs.

Jewish cemeteries have also been vandalized, increasing concerns about rising anti-Semitism in the U.S. CNN reported that a “new wave” of threats hit the centers in seven states on March 7. There is no indication they are connection to the Merriam case. Overall, there have been more than 100 threats to JCCs in the United States and Canada, CNN reported.

Loading more stories
wpDiscuz
0
0
Would love your thoughts, please comment.x
()
x
| Reply
Timothy Merriam is accused of being the vandal who carved swastikas into cars parked in a Jewish neighborhood in Miami Beach, Florida.