HHS Secretary Tom Price praised the House plan to replace Obamacare by standing next to two stacks of paper in a news conference.

You can watch the video above. Price showed up at the White House press briefing to defend the Republican plan, indicating the Trump administration has thrown its weight behind it, even as conservative dissent grows. 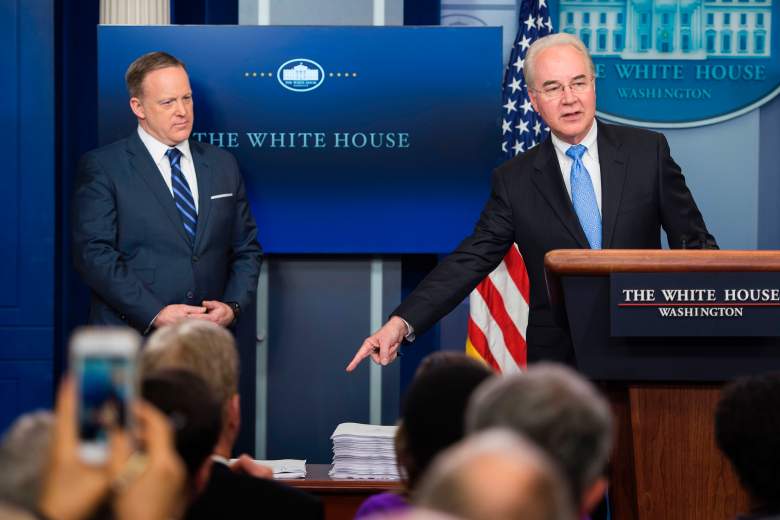 White House Press Secretary Sean Spicer (L) looks on as US Secretary of Health and Human Service Tom Price (R) points to a print-out of the Affordable Care Act (ACA) and a copy of the new plan introduced to repeal and replace the ACA during the daily briefing at the White House in Washington, DC on March 7, 2017. (Getty)

Although sometimes boiled down as “Trumpcare,” the proposal is actually a House Republican plan to, as The Washington Times put it, “begin repealing and replacing Obamacare’s federal mandates with set of tax credits and market incentives to get people covered.” Price, named by Trump as health secretary, said in the news conference on March 7 that the House plan to replace Obamacare “aligns with the administration’s goal of ‘rescuing’ people from the struggling law,” according to The Washington Times.

ABC News reports that the GOP legislation “would limit future federal funding for Medicaid, which covers low-income people, about 1 in 5 Americans. And it would loosen rules that Obama’s law imposed for health plans directly purchased by individuals, while also scaling back insurance subsidies.”

Price also pledged that premium costs will come down.

Asked if he can guarantee the GOP's Obamacare replacement will bring down premiums, HHS Secretary Tom Price says it will. Save this tape. pic.twitter.com/TBjEs5MPos

In a letter, Price threw his support to what is being called the American Healthcare Act, which is the Republicans’ ACA replacement.

Price’s letter and press conference came as President Donald Trump tweeted about “our wonderful new Healthcare Bill” but some conservative opposition to it grew, according to ABC News. That opposition was led, in part, by the Club for Growth, a conservative organization, whose President David McIntosh called the plan a “warmed-over substitute for government-run health care,” reported ABC.

Rand Paul and other Republicans have also voiced opposition. Read more about the plan’s chances to pass here: 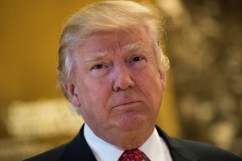 Can the American Health Care Act 2017 Pass in the House & the Senate?

Loading more stories
wpDiscuz
0
0
Would love your thoughts, please comment.x
()
x
| Reply
Tom Price, HHS secretary, gave a press conference in which he pointed at stacks of Obamacare and Trumpcare paper as he threw his support toward plans to replace the ACA.