Young Thug is confirmed to be featured on 'More Life' by Drake to be released on Saturday, March 18.? #AllTheTime #MoreLife pic.twitter.com/4Zb3BUBHYn

After mass speculation regarding who will feature on Drake More Life, fans have finally gotten some concrete news.

According to Music News and Rumors (seen above), Young Thug has been confirmed to appear on the project for a still untitled track. This will be first time Drake and Thugger have collaborated on a song, despite the fact that the Atlanta rhymer opened for Drake when he was on tour in the U.K. and openly praised him as “1 of the realist rappers I know.”

Additionally, there has also been news that rapper Travis Scott will also be making an appearance. Similar to Young Thug, there’s no word yet on the song title, but given Scott’s recent acclaim with the album Birds In The Trap Sing McKnight, we can assume it will be a keeper. Drake and Scott previously collaborated on “Company,” which appeared on Drake’s 2015 mixtape If You’re Reading This Its Too Late.

Scott may also be on hand to contribute as a producer, given his talent behind the boards for artists like Kanye West, Big Sean, and Jay-Z. 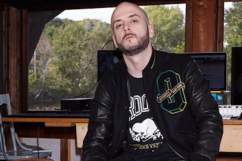