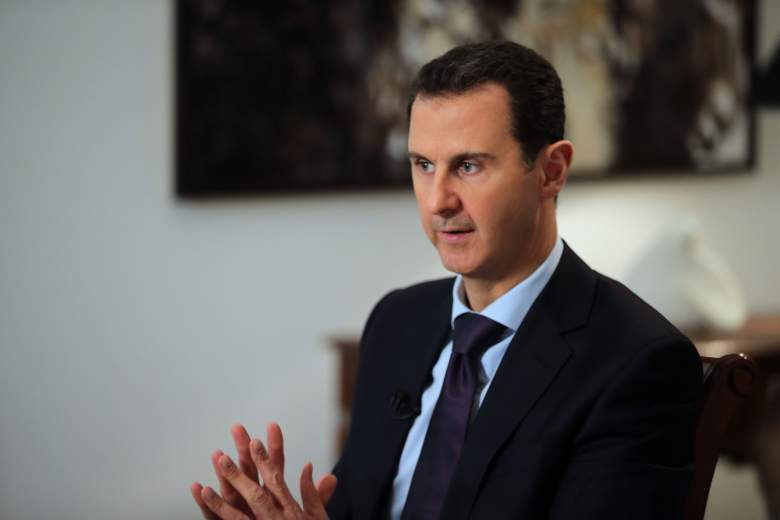 The civil war in Syria has been raging for years, and is brutal even by the uncivil standards of civil wars: though Syrian dictator Bashar al-Assad denies using chemical agents and other banned weapons against his people – instead blaming such actions on anti-government rebels – pretty much all international observers (with the notable exception of Assad ally Vladimir Putin) agree that he is lying.

Yet Bashar al-Assad wasn’t always an international pariah. Indeed, it wasn’t too long ago that reasonable observers could hope al-Assad might be a force for good, and transform Syria from a harsh dictatorship into a free and prosperous country. Here’s five facts you need to know:

1. He Initially Wanted to be a Doctor 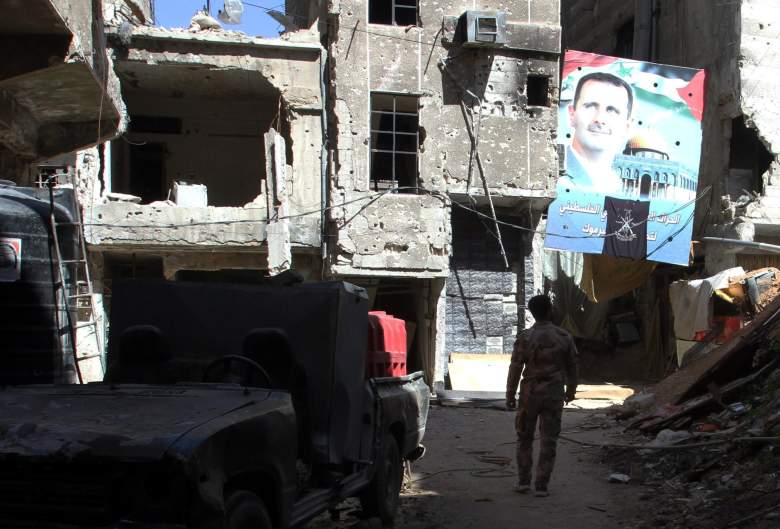 Bashar al-Assad, born in Damascus on September 11, 1965, is the scion of a powerful family in Syrian politics; his father was Hafez Assad, Syria’s president from 1971 until his death in 2000. Bashar, as the third of five children (and second-oldest son), originally had no intention of following in his father’s political footsteps. His older brother Basel was his father’s heir apparent, freeing Bashar to follow his personal interests, so he started his adult life in the field of medicine.

Bashar al-Assad graduated from the University of Damascus in 1988 with a degree in ophthamology, and worked in a local military hospital for awhile before moving to London to further his education and complete a medical residency at St. Mary’s Hospital.

In London he met Asma Akhras, the British-Syrian woman he eventually married, and spent a few years living a quiet life out of the public eye.

Neil Quilliam, a Middle East expert with the Chatham House think-tank, told NBC News that Assad was “sort of seen as the geeky I.T. guy. He was the eye doctor, spent time in London, had the British-Syrian wife …. He was by and large completely separate to the politics of [Syria]. He had shown no interest, had not entered the military.”

For Syrians at the time, Quilliam explained, “Basel was this sort of almost heroic figure. But Bashar was just sort of a geeky guy … He didn’t have the prowess that his brother Basel had.”

2. His Political Life Started When His Older Brother Died

Bashar al-Assad might still be a quietly prosperous and relatively obscure London doctor today, had his brother Basel not died in a January 1994 car crash. As soon as this happened, then-president Hafez Assad recalled Bashar from London to Damascus to take Basel’s place in the line of succession.

Assad biographer David Lesch, whose book Syria: The Fall of the House of Assad came out in September 2012, described that period as “kind of a race against time. His father wanted to build up Bashar Assad’s legitimacy inside the government, give him positions of authority inside the government, enough so that … he’d be able to take over.”

Back then, it did perhaps seem unlikely that the “geeky” Bashar could successfully follow in Basel’s “heroic” footsteps, in the eyes of the Syrian people.

A 2011 Guardian profile on the Assad family noted that there were rumors suggesting some members of the Syrian government (including Bashar’s own mother, Syria’s then-First Lady Anisa) wanted to pass over Bashar and give the heir-apparent position to his younger brother Maher, who was considered more of a military hardliner in the mold of Hafez Assad.

Whether these rumors are true or not, it was Bashar rather than Maher al-Assad whom Hafez groomed to replace Basel as the future leader of Syria. Today, Maher al-Assad is a Syrian general who commands the army’s fourth armored division.

3. At First, He Was Hailed as a Reformer

Bashar Al-Assad Shares Laugh With Military Leaders Over Time He Once Wanted To Be A Doctor And Help People https://t.co/OH3B3G5JX9 pic.twitter.com/bP5bubCl3a

When Bashar al-Assad took power after his father Hafez died in 2000, he initially showed signs of being a reformer, and many observers at the time thought he might eventually turn Syria into a politically and economically free country.

For example, a December 2000 analysis produced by the global intelligence firm Stratfor noted that “Over the past month, Syrian President Bashar al-Assad has begun to relax the stringent economic and social controls enforced by his late father. … Tentative as they are, Assad’s initial reforms show a determination to challenge powerful forces in Syrian politics. … On the political front, human rights groups and Syrian intellectuals hope for more dramatic changes, including an end to the state of emergency in force since the Ba’ath [party] assumed power in 1963. … Assad is clearly willing to confront these power centers, and, for now at least, he seems to believe he can do so successfully.”

In the initial days of his rule, Bashar also released hundreds of his father’s political prisoners, and the country saw its first independently run newspapers in more than 30 years. But this so-called “Damascus Spring” didn’t last long; by early 2001, the Syrian government was once again arresting opposition figures and re-imposing limits on freedom of the press.

Even so, optimistic hopes regarding Syria’s future under Bashar al-Assad didn’t fully vanish until March 2011, when the Syrian government started brutally cracking down on pro-democracy protesters throughout the country. Government forces opened fire on demonstrators in the city of Deraa, killing at least three people and wounding hundreds more. The brutality of this action inspired more protests throughout Syria, which inspired more government crackdowns, and the country soon spiraled into full-fledged civil war.

4. He’s a Strong Example of the Maxim “Power Corrupts” 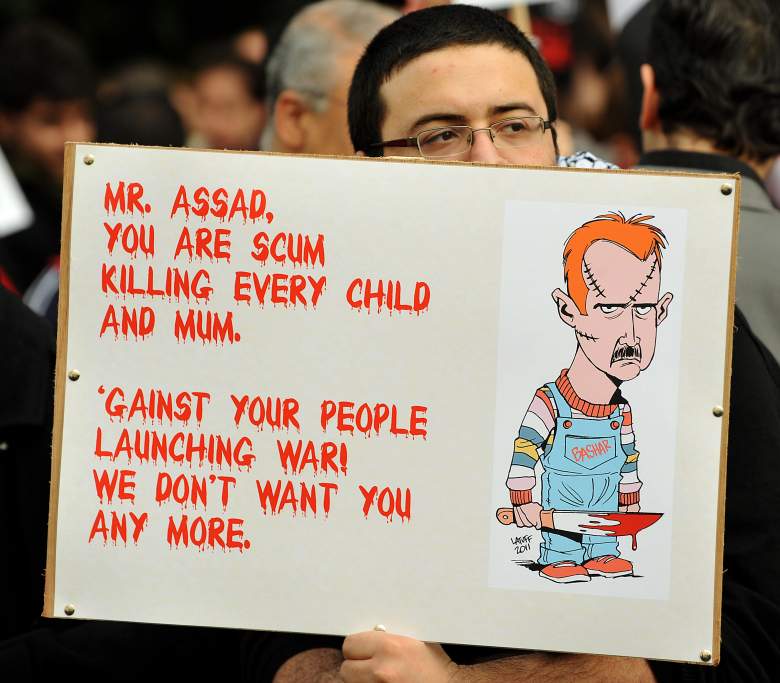 A man holds a placard during an anti-Assad demonstration outside London’s Syrian embassy on October 29, 2011. (Getty)

By September 2012, the Syrian conflict had already killed around 20,000 Syrians, according to some estimates. That’s also the month Assad biographer David Lesch published his book about Syria’s ruling family.

The Atlantic interviewed Lesch about the book and the Assad family in general, where he talked about the differences he noticed between Assad and then-more notorious dictators Saddam Hussein and Muammar Qadaffi: “I never met Saddam Hussein and Muammar Qaddafi, but I know people who have met all three,” Lesch said. “And they agree with me: Bashar was different. He seemed relatively normal, whereas when you meet with Saddam or Qaddafi, you almost immediately sense that there’s something off with them. But with Bashar you never got that sense. That tells me that the arrogance of power can affect anyone, no matter how well-intentioned or relatively normal in the beginning.”

Lesch also told the Atlantic he believes that Assad’s initial attempts at Syrian reform were sincere: “I think the so-called Damascus Spring that occurred just after he came to power in July 2000, where there was unprecedented political opening and political dissent tolerated, was more along the lines of what he wanted to do. But as I describe in the book, I think the security chiefs came to him and said, basically, “this is not how we do things,” and there was a crackdown over what I call the Damascus Winter within 8 to 10 months of that. … He wrote off more dramatic political reform and then I think he just stopped thinking about it, especially as he began to believe in the propaganda of the well-being of the country being synonymous with his own well-being.”

5. Future Historians Will Likely Remember Him as a War Criminal

Despite his promising beginnings as a doctor – someone dedicated to saving human lives and reducing human suffering – it now looks as though Bashar al-Assad’s legacy will be that of a war criminal.

On April 4, at least 74 people (23 of whom were children) died in what is believed to be a gas attack on the Syrian town of Khan Sheikhoun, followed by an attack on the clinic treating the victims. The video above shows an anguished father who found his children among the dead.

International condemnation was swift and harsh, with frequent use of the terms “war crime” and “war criminal.” Reuters that day reported that an anonymous official with the US State Department said “We’re gathering facts … and if it is what it looks like then it’s clearly a war crime.”

Not everyone who made such claims hid behind anonymity. That same day, British Prime Minister Theresa May demanded an investigation into the chemical attack and said that if Syrian government involvement were proved, it would be further evidence of the government’s “barbarism,” while British parliamentarian said Assad would be guilty of a “war crime” if he is behind the attack.

On April 6, French Foreign Minister Jean-Marc Ayrault told the CNEWS news channel that “a day will come when international justice will give its verdict on Bashar al-Assad who is massacring his people …. there will be a war crimes trial.” 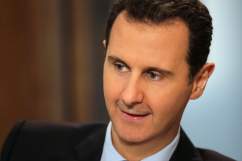 Read More
5 Fast Facts, Breaking News, Terrorism
wpDiscuz
15
0
Would love your thoughts, please comment.x
()
x
| Reply
Once upon a time, Syrian dictator and possible war criminal Bashar al-Assad was considered a potential force for good in Syria and the world.